For days Boris Johnson has been warning that a ‘second wave’ is about to hit Britain.

I don’t blame him for the second wave of coronavirus that led him to slow down the easing of Covid lockdown measures.

But I do hold him responsible for the second wave of Boris cronies handed peerages yesterday, including the likes of City tycoon and Tory donor Michael Spencer, his own brother, ex-MP Jo Johnson, and newspaper owner Evgeny Lebedev.

With reports of a third wave of Conservative peerages coming in the autumn, there must be a risk of a shortage of ermine to line the cloaks they will wear when they take their places on the Lords red leather benches. 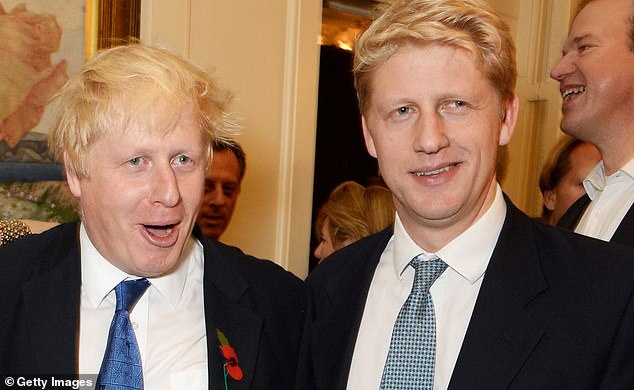 For days Boris Johnson has been warning that a ‘second wave’ is about to hit Britain. I don’t blame him for the second wave of coronavirus that led him to slow down the easing of Covid lockdown measures. He is pictured above with brother Jo Johnson

Millionaire Tory MP Zac Goldsmith, a close friend of Mr Johnson and his partner Carrie Symonds, had lost his Commons seat but was conveniently given one in the Lords instead and allowed to carry on as Environment Minister as though nothing had happened.

He even had the nerve to give himself the title Baron Goldsmith of Richmond Park, the constituency that had just democratically rejected him for the second time in three years.

The argument against Prime Ministers being able to pack the Lords with personal and political mates was made forcefully in 2003 when Tony Blair announced plans to appoint more peers.

Blair’s proposal was denounced as ‘disgusting’ by one critic who said: ‘Think of the lunches; the hackery; the behind-the-scenes schmoozing and fixing; the quiet words from the Government Chief Whip; the winking, the nose-tapping, the soft belching in the Savoy Grill Room, or Glyndebourne, or Ascot.’

That critic was Boris Johnson.

Former Labour MP Kate Hoey, left, defied Corbyn to back Brexit, while Philip May is seen right. The ever-loyal and discreet husband of former prime minister Theresa May was by his wife’s side throughout her struggles to leave the EU 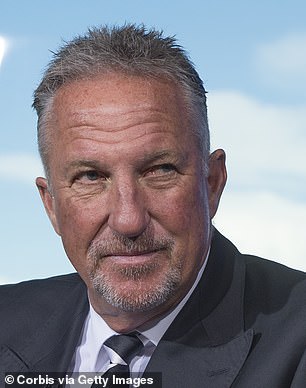 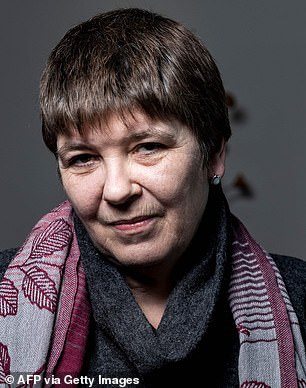 Ian Botham is pictured left. PM compared himself to ‘swashbuckling’ cricket star, who publicly backed Brexit, while Claire Fox is pictured right. The former Brexit MEP has been praised by Nigel Farage 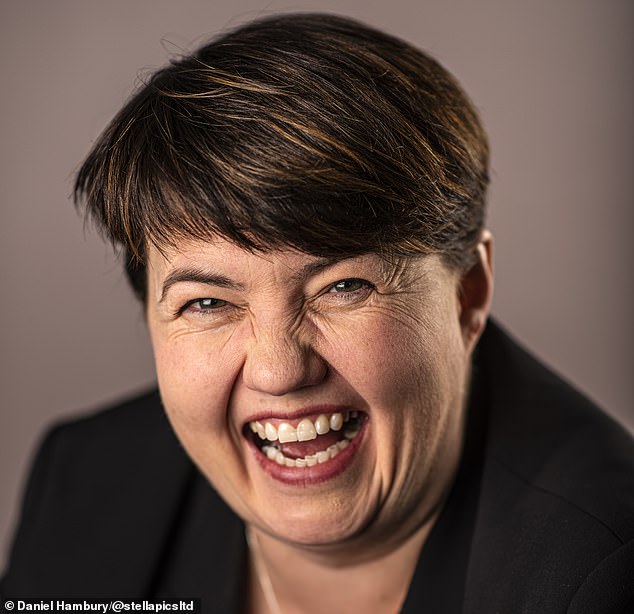 Ruth Davidson is pictured above. The former Scottish Tory leader helped gain a surge in support 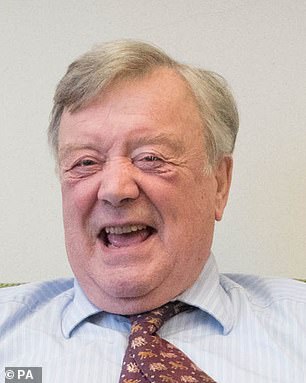 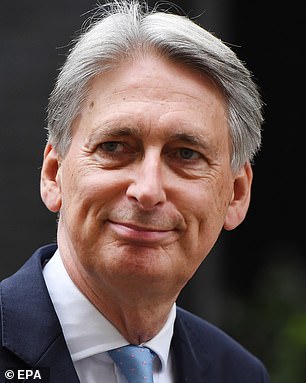 Ken Clarke is pictured left. Father of House, a Brexit rebel, had whip withdrawn. Philip Hammond is pictured right. The arch-Remainer was booted out but did not criticise Boris 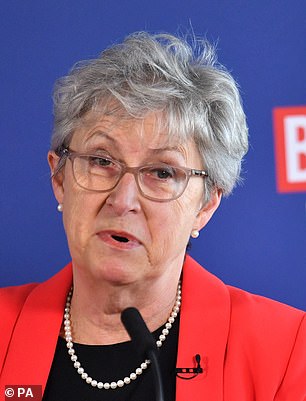 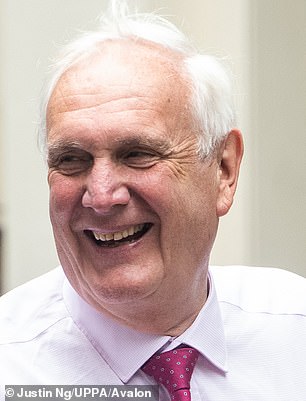 Ex-Labour MP Gilesa Stuart urged voters to back Tories. Sir Eddie Lister is pictured right. Strategic adviser has been by Boris’s side since he was Mayor 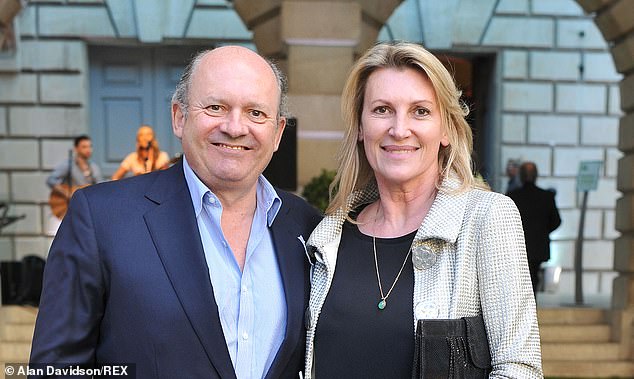 Michael Spencer is pictured above. Billionaire financier is former Conservative Party treasurer and has donated about £5m

I can’t help thinking of all the winking and hackery the Prime Minister must have enjoyed with his brother Jo, also a journalist, over the years.

Or the nose-tapping and soft belches at lunches he has enjoyed with billionaire wine connoisseur Mr Spencer, who has given £5million to Conservative coffers, at restaurants such as the Savoy Grill.

Super-rich Mr Lebedev, son of former KGB agent Alexander Lebedev, is so close to Mr Johnson he was a guest at the fateful dinner at Mr Johnson’s London home in February 2016 when Michael Gove finally persuaded him to lead the Brexit campaign. In 2018 Mr Johnson flew to the Lebedevs’ villa in Perugia, Italy.

The then foreign secretary was spotted at the airport returning home, dishevelled and hungover.

It is only fair to point out that Mr Johnson has also elevated some of his Tory critics to the Upper House including pro-Remain former Chancellors Philip Hammond and Ken Clarke.

But there is a distinct air of snobbery about some of the Conservative peerages.

In an obscure Commons career spanning four decades, Sir Henry Bellingham has neither said nor done anything of note. Would he have got a peerage had he not gone to Eton like Boris? Of course not.

Few will object to peerages for former Labour MPs Frank Field, Ian Austin, Kate Hoey and John Woodcock, who all showed great courage in standing up to Jeremy Corbyn.

But when the economy is shrinking by the day as a result of coronavirus, there has rarely been a less appropriate time to expand the House of Lords where you get £323 a day just for turning up. 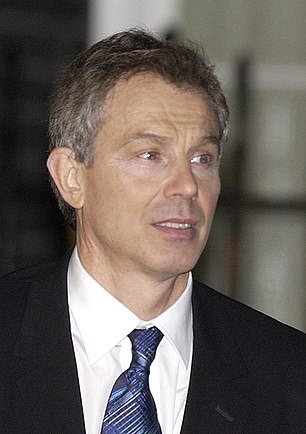 As the recent report by Parliament’s Intelligence and Security Select Committee showed, some peers use it to line their pockets while indulging in dubious foreign business interests with countries such as Russia and China. And unlike MPs, they do not even have to say how much they are earning.

Mr Johnson will derive special pleasure from the way ex Commons Speaker John Bercow, who did all he could to thwart Brexit, has been denied a peerage over bullying allegations.

But he has provoked the ire of Lord Speaker Lord Fowler, who served in Margaret Thatcher’s administration.

Lord Fowler says that with 792 peers already, the extra 36 announced yesterday will ‘drive’ Lords membership to well over 800, making a mockery of plans to slash the total to 600 to save money.

In his journalistic career Mr Johnson once managed to introduce the topic of ‘Kylie Minogue’s bottom’ into an article about House of Lords reform.

Judging from his second wave of peers, there is more chance of Miss Minogue being elevated in his next wave than of him reforming the bloated Lords.

Boris Johnson risked a cronyism row yesterday after elevating 36 peers to the House of Lords including Tory donors, Brexit supporters – and even his own brother.

Former minister and ex-Tory MP Jo Johnson, who quit his sibling’s front bench over Brexit, will become a peer.

Mr Johnson’s chief of staff Sir Eddie Lister, former Tory MPs, party loyalists and Labour MPs who defied Jeremy Corbyn to back him over Brexit were also included on the long-awaited list. 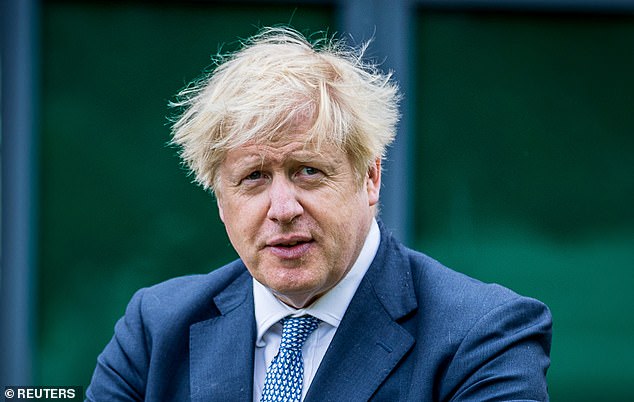 Boris Johnson risked a cronyism row yesterday after elevating 36 peers to the House of Lords including Tory donors, Brexit supporters – and even his own brother

Russian-born Evening Standard owner Evgeny Lebedev was included on the list. Mr Johnson met with the oligarch’s company in March this year, according to transparency data. He counts him as a friend.

England cricket legend and Brexit supporter Sir Ian Botham and former leader of the Scottish Conservatives Ruth Davidson will also head to the House of Lords.

Theresa May’s husband Philip May is to receive a knighthood for political service.

The Prime Minister was immediately accused of creating a ‘private member’s club’ as campaigners warned that the new peers would cost the taxpayer £1million a year in expenses.

It will take membership of the Upper House to more than 800 at a time when many believe its numbers should be reduced. Lords Speaker Norman Fowler accused Mr Johnson of a ‘U-turn’ over reform plans.

Despite claims that some Tory donors had been blocked by the House of Lords Commission, Michael Spencer was included.

The billionaire financier, a Conservative Party treasurer between 2006 and 2010, has donated about £5million and raised an estimated £100m. He is believed to have been rejected for a peerage four years ago following reports about the Libor-rigging scandal.

At the time his City broking firm Icap was still facing controversy after being fined £55m in 2013 for rigging the benchmark rate. Mr Spencer was not himself implicated.

However, Mr Johnson is understood to have been angered after other donors were blocked, including businessmen Johnny Leavesley and Peter Cruddas. It is thought their names will be included on a new list to be published in the autumn. There are not believed to have been objections to them personally.

As the Mail revealed last week, three of Mr Corbyn’s controversial choices were blocked by the commission, leaving him with just two nominees.

Rebels Kate Hoey and Frank Field (above) were both included, as was Gisela Stuart, who was a key figure in the Leave campaign

But there was some charity from Mr Johnson for Tory MPs who he kicked out of the party over Brexit, including one-time Chancellors Ken Clarke and Philip Hammond.

Former Labour MPs who opposed Jeremy Corbyn and backed Brexit were also included on the list, such as Ian Austin and John Woodcock, who actively urged voters to switch to the Tories.

Rebels Kate Hoey and Frank Field were both included, as was Gisela Stuart, who was a key figure in the Leave campaign.

It also emerged that of the 36 new peers, just four are women, reviving sexism claims against Downing Street. Mr Johnson has been criticised after failing to promote women to the top table, and with the majority of No10 press conferences being given by men.

Last week, Sam Smethers, the chief executive of the Fawcett Society, urged the PM to balance the list, but just one more woman appears to have been added.

But Lord Fowler, the Lord Speaker, warned there will now be nearly 830 peers – 200 more than there are MPs in the Commons.

‘This list of new peers marks a lost opportunity to reduce numbers in the House of Lords,’ he said. ‘That is a massive policy U-turn. 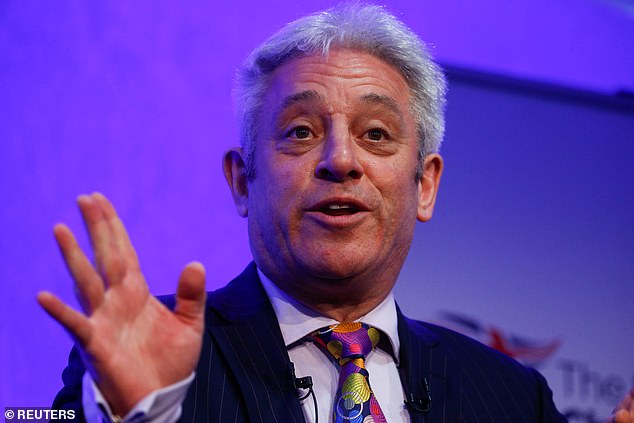 ‘It was only two years ago that the then Prime Minister, Mrs May, pledged herself to a policy of ‘restraint’ in the number of new appointments.’

He said that the Government had ‘abandoned’ the ‘established policy’ to reduce the size of the Upper Chamber.

Lord Fowler added: ‘It is also a vast pity that the list has been announced within the first few days of the summer recess when neither house is sitting, and the Government cannot be challenged in Parliament.’

Darren Hughes, chief executive of the Electoral Reform Society, warned the new peers would cost the taxpayer more than £1million a year in expenses. ‘By appointing a host of ex-MPs, party loyalists and his own brother, the PM is inviting total derision,’ he said.

‘That he can get away with it shows what a private member’s club this house is. The Lords was already the largest second chamber in the world.

‘There are now over 800 unelected peers, voting on our laws for life.

‘Today marks a nail in the coffin for the idea that the Lords is some kind of independent chamber of experts. It is a house of cronies and party loyalists.’