Home » World News » Snow forecast: Where will it snow today?

Snow forecast: Where will it snow today?

STORM Christoph has moved away in Scandinavia, with a colder air mass feeding into the UK from the north.

After the UK was blanketed by up to six inches of snow on Sunday, the Met Office has warned of hazardous ice. 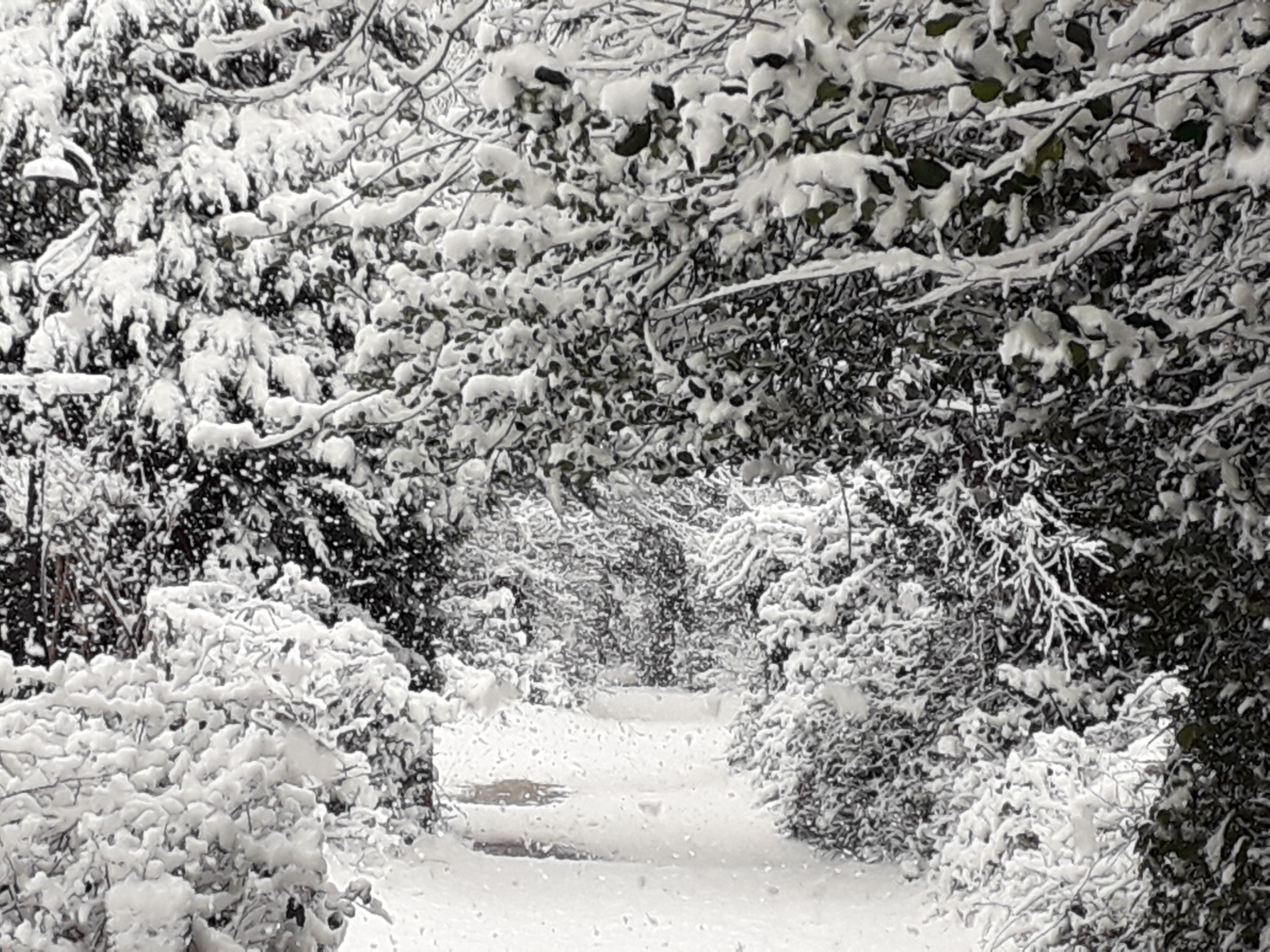 Will it snow today?

"Wintry showers are most likely for the far north of Scotland, southern Scotland and northern England.

"There will also be light south-westerly winds," reports Meteogroup UK.

After snow hit large swathes of the country on Sunday, the mercury dropped to about -10C overnight in parts of the Midlands and Wales.

It was the coldest night of the winter so far for Wales, reported the Met Office.

The service has issued yellow warnings for snow – mainly north of Glasgow, Scotland – and ice across much of the UK today (January 25, 2021).

It's alerted Brits to slip hazards on icy patches on untreated roads, pavements and cycle paths. 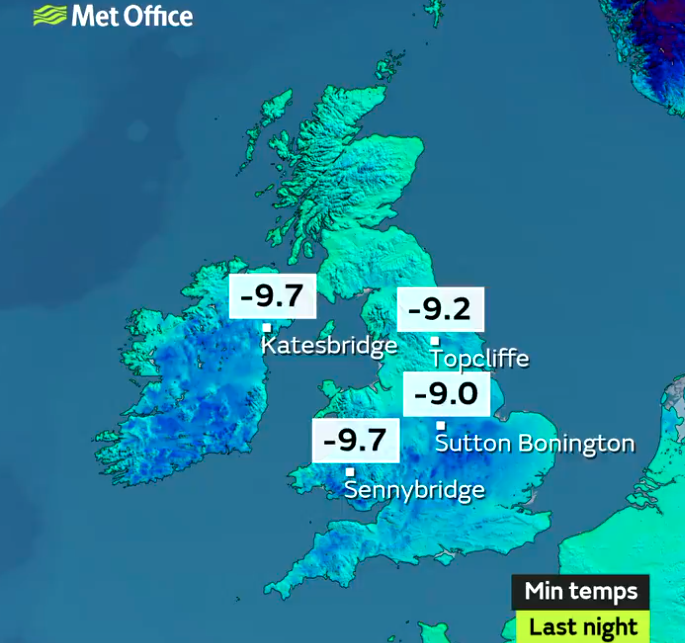 The service also says: “Some roads and railways are likely to be affected with longer journey times by road, bus and train services."

Temperatures today will hover from 2-6C.

And more snow is on the way this week, but for many there will "probably just be rain", says the BBC.

"For the first half of this week, the colder air mass will remain in place keeping things drier than normal and colder than normal.

"Some sharp frosts are likely, especially in Scotland," it adds. 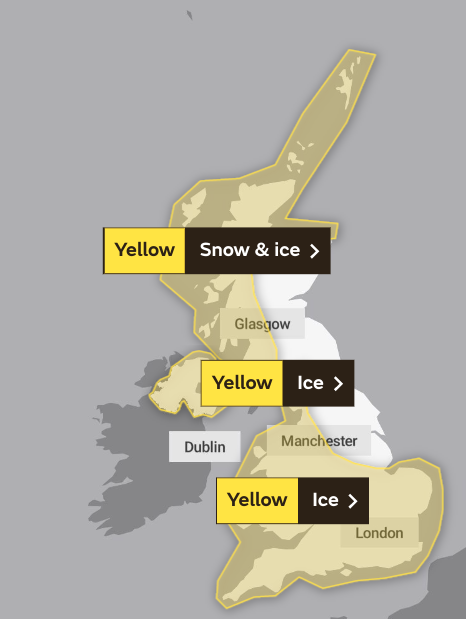 Where will snow settle?

Temperatures this morning were widely below freezing, particularly in central areas, where there is still snow on the ground.

The Met Office said the weekend's snowfall should remain on the ground through Monday.

But by Wednesday temperatures across the south could have jumped back up to 10C or 12C.

With the milder weather comes a greater risk of flooding, with further problems possible in southern parts by the end of the week.

Met Office meteorologist Simon Partridge said: "It's a bit of a rollercoaster from cold and wintry conditions to wet and windy ones.

"We are keeping an eye on rainfall totals because there are some areas that are very sensitive to rainfall and there is further possible flooding as we go through the second half of the week." 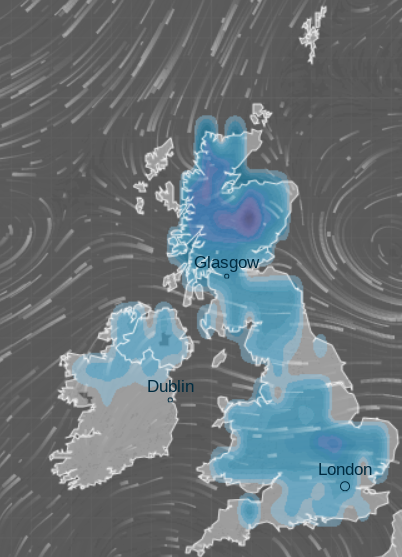 The return of a warmer weather front will bring more anxiety to communities hit hard by Storm Christoph last week.

The weather is predicted to change on Tuesday night and into Wednesday, as a low pressure system from the Atlantic brings a band of rain spreading northwest across the UK into Wednesday afternoon.

So, the forecast is for more unsettled weather from Tuesday onwards.

But, snow is expected over the higher ground of Scotland, Northern Ireland and the Pennines on Tuesday.

This week will also "be unsettled with some stronger winds at times.

"There are some early signals for a potentially stormy weekend to close out January," adds BBC Weather.