SOCIAL media stars in Russia are facing criticism over the use of tigers and lions as glamorous props at wild parties. 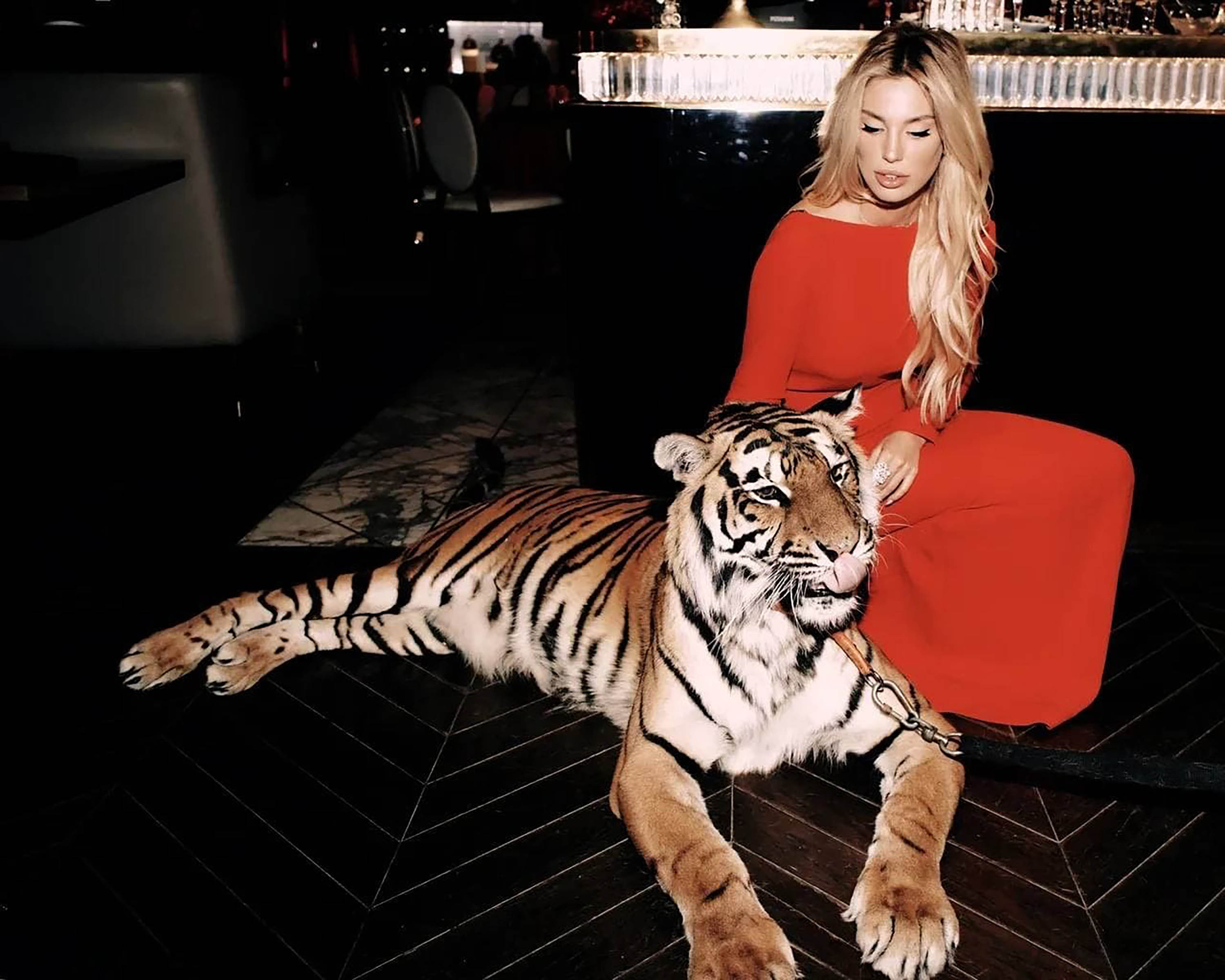 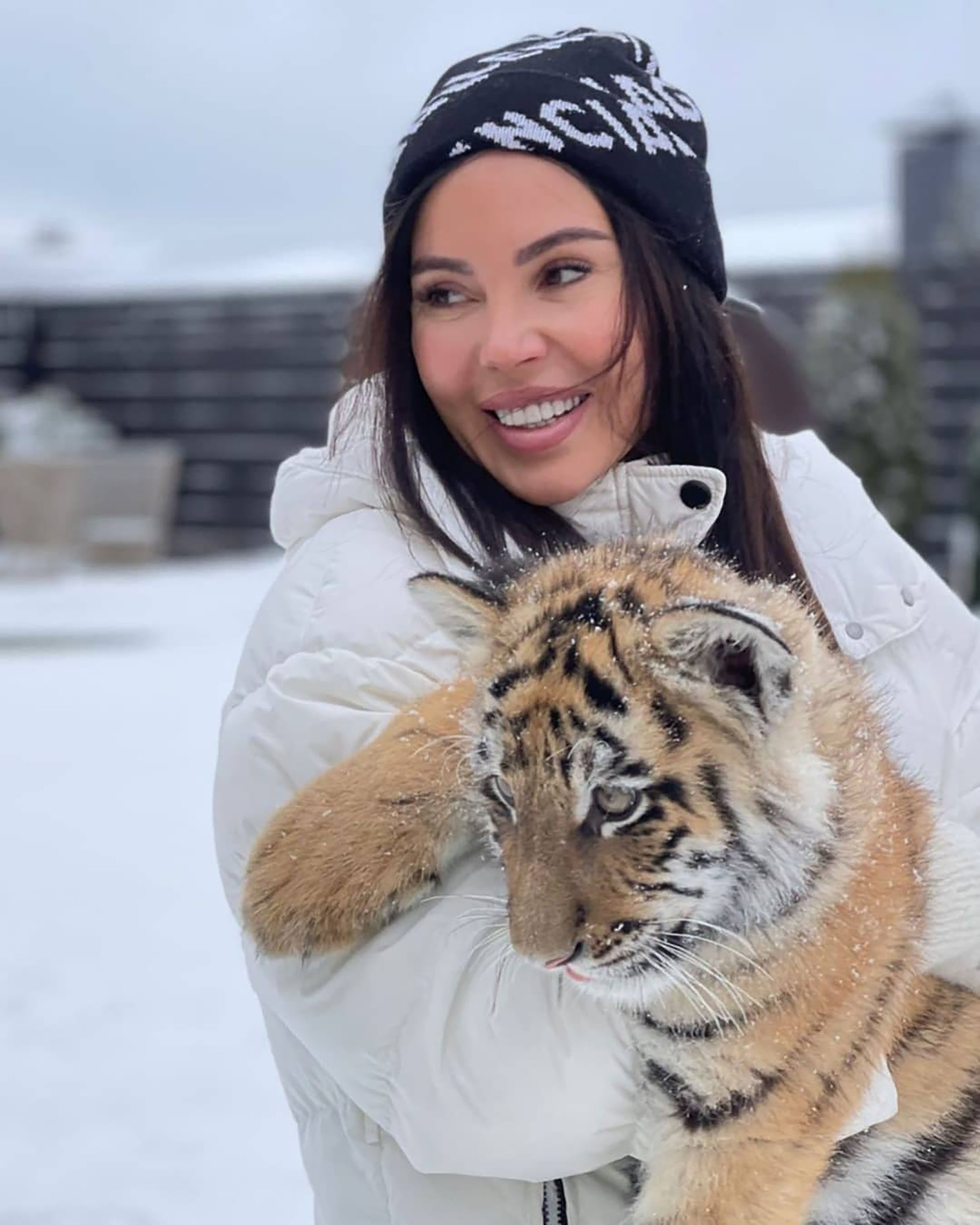 The Moscow party was in closed cigar club Davidoff where they feasted on Champagne and black caviar – despite high infection rates of Covid-19.

Telegram channel Tolko Nikomu – meaning ‘Do not tell anyone’  –  headed by Yulia Baburina, editor of gossip news at TV channels MUZ TV and Yu Channel, posted: "What a barbaric trend to see wild animals at parties.”

According to her report, two adult tigers and a cub were “lying at the entrance to the restaurant for the amusement of guests”.

“How were the unfortunate animals sedated not to react to loud music and rush at the tipsy people?” Baburina asked.

“And when will the law on the protection of animals be adopted and this cruel business will be shut down?"

There has been a rush of such incidents, much to the fury of animal rights activists.

Model Oxana Samoylova, 32, wife of Russian rapper Geegun, showed her three daughters playing with a tiger cub  in the yard.

She had organised a Lion King themed party for her daughter Leya’s fifth birthday – with a live lion cub. 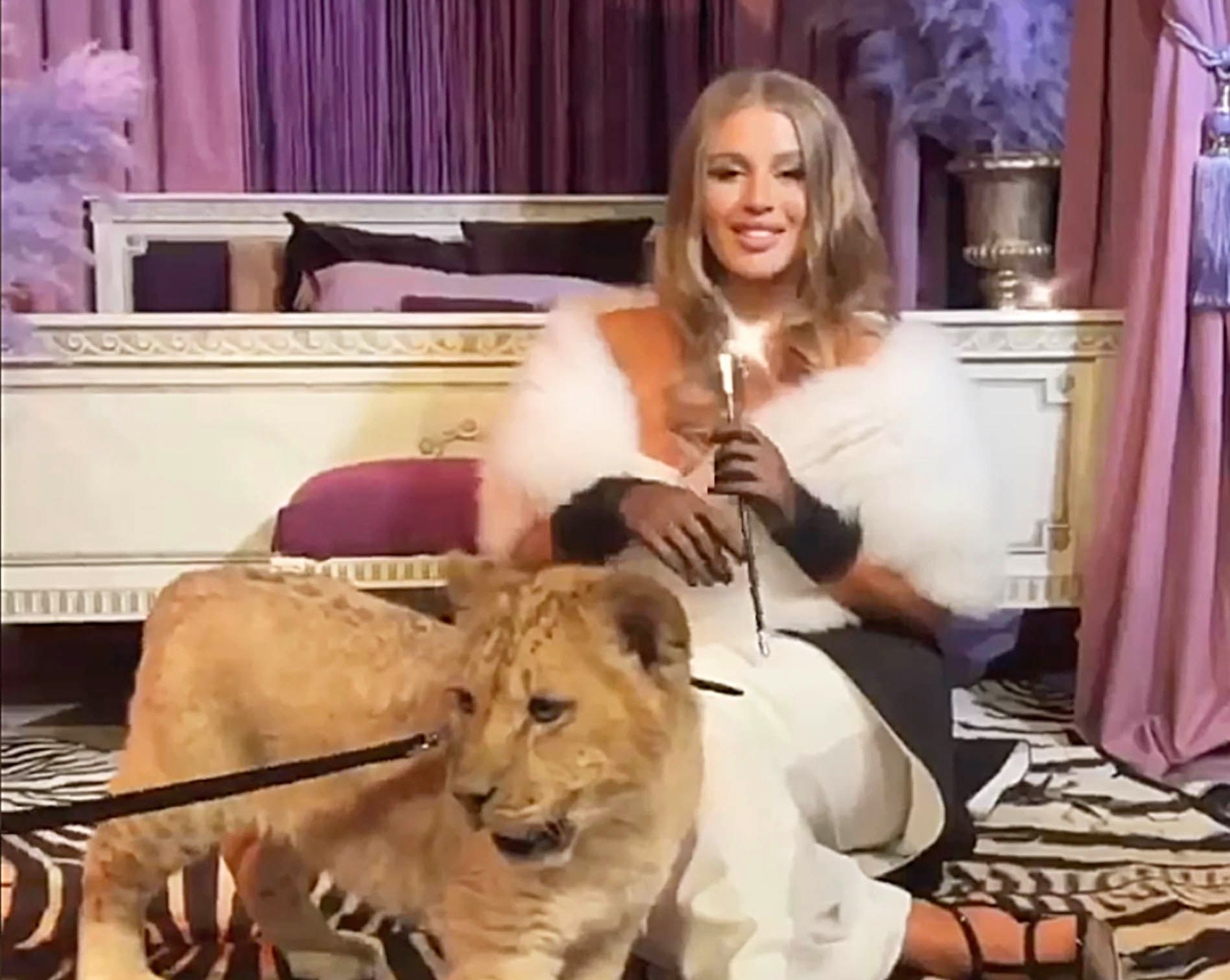 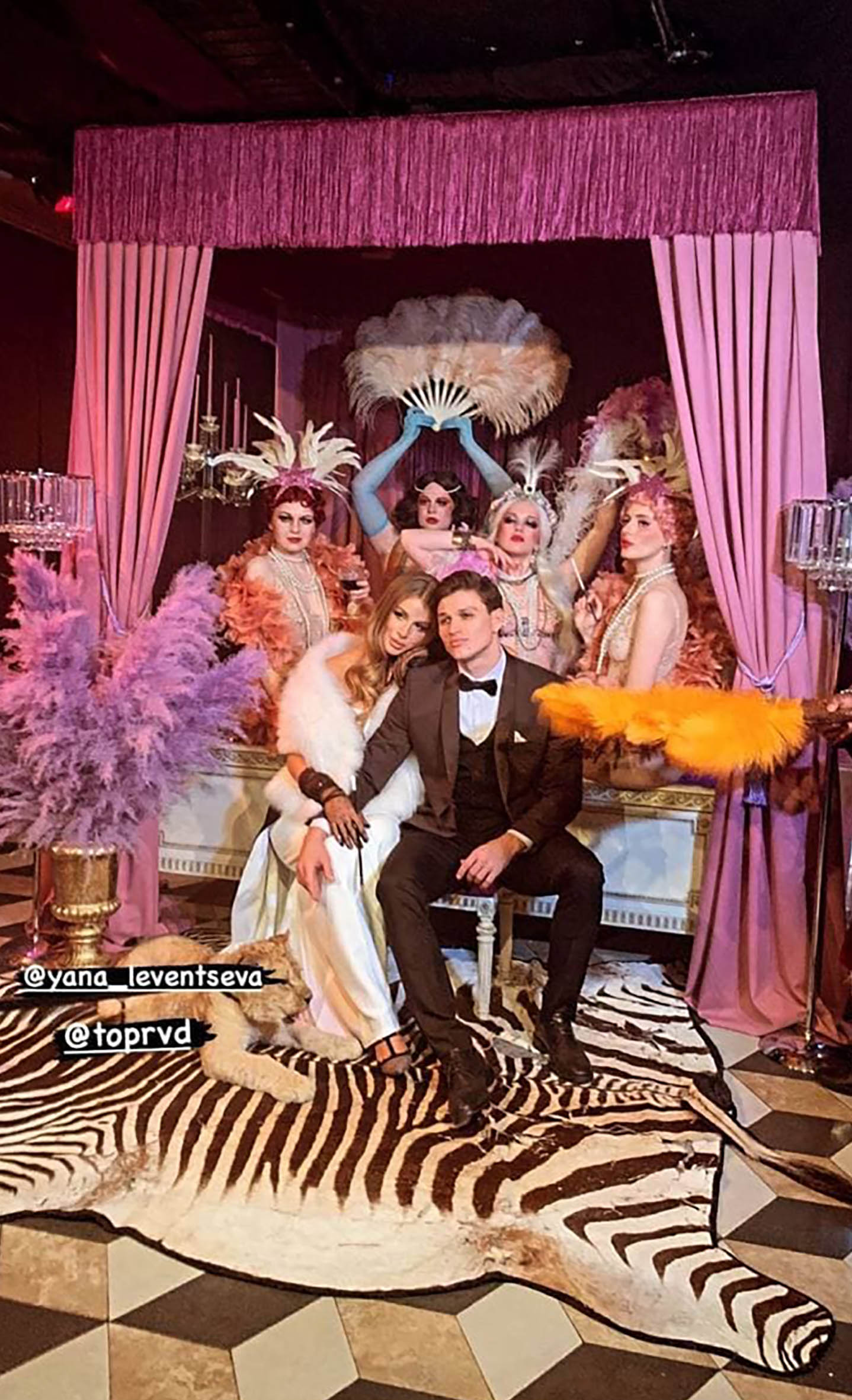 The mother faced criticism among her 12.9 million subscribers, with one follower commenting: “For your child it is a celebration, but for animals it is a torment."

Samoylova dismissed as complaints of animal abuse as “bull****”.

Recently, popular travel blogger and influencer Yana Leventseva complained of “death threats” after posing with a lion cub while celebrating her 27th birthday.

The social media star alleged she was hit by a barrage of online abuse for “exploiting” the baby big cat.

But she posted: “I am against animal cruelty”.

“No-one tortured the lion when he did not want to have photos taken, and he was playing with his owner.

“No-one forced him, held him, or tortured him.”

She was criticised by “brainless people” who “wish me death and message me with low stuff”, she said.

“The lion was lying on a soft rug or a bed where everyone was looking after him,” claimed the beautician-turned-influencer.

Samoylova has 1.5 million followers and is said to earn £100,000 a month from social media.

Her explanation did not go down smoothly; celebrity Telegram channel Dvoinaya Sploshnaya claimed her “rogue party” showed Russians “don’t give a ****” about animal welfare.

“Paying with the tears of wild animals for the amusement of your child is too much.

Samoylova said that the tiger cub her children played with had been rescued and cared for by a tamer.

But  Baburia posted: “Oxana herself snaps, like a tigress, at everyone who dares to write about cruelty to animals.

“We still have the feeling that in its natural habitat it would be better.”

The wild animal “did not choose to work as an animator,” she said. 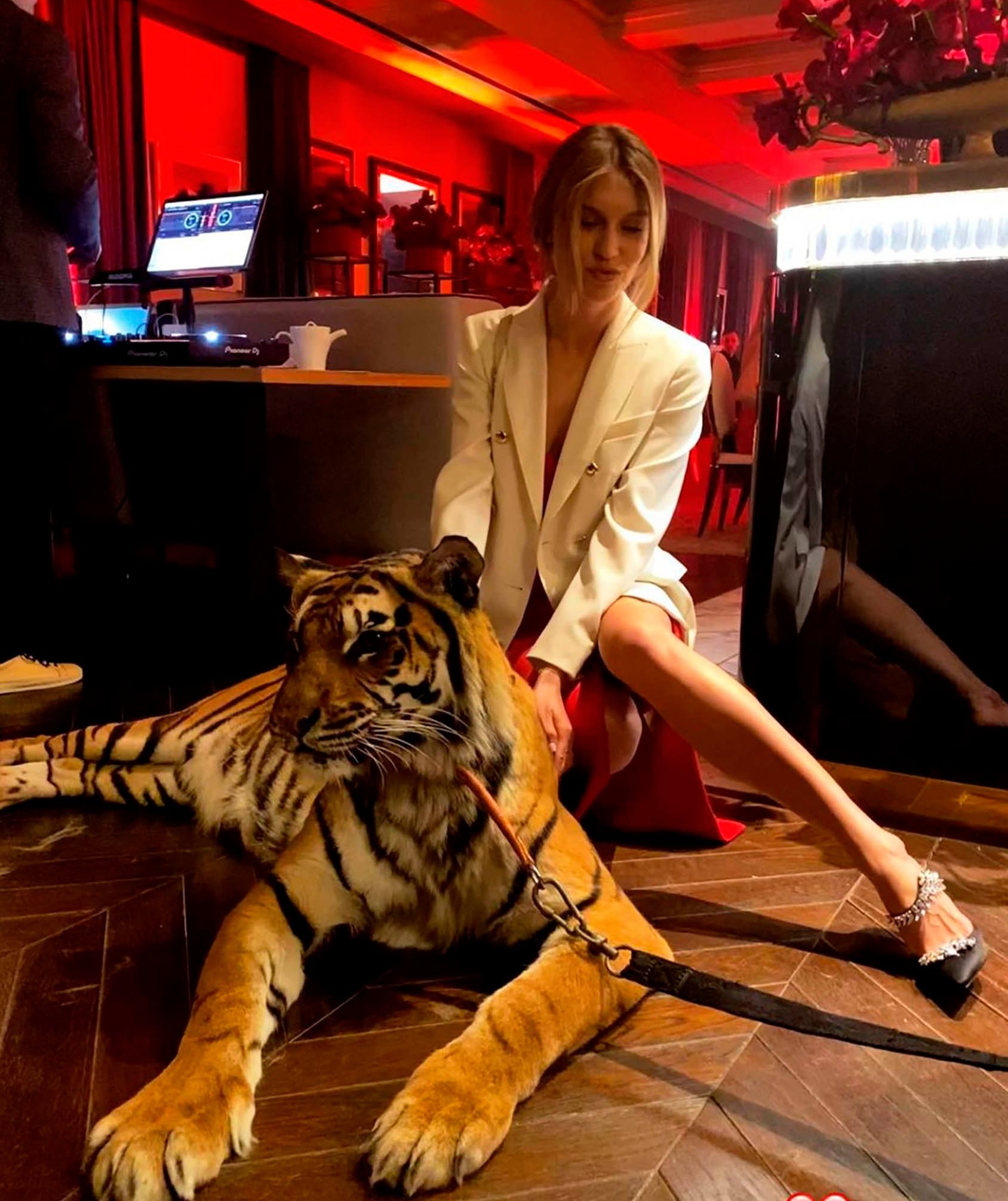