Staggering incompetence of our public health fatcats: An astonishing 242 health quango workers are on 6-figure salaries – yet nanny us about mobile phones and soft drinks… while dropping the ball on testing, writes GUY ADAMS

A couple of months back, the Taxpayers Alliance published what it called a Nanny State Rich List.

It pointed out some extraordinary salaries being paid to various quango-crats keen on running campaigns urging us to use our phones less, have fewer soft drinks, pay punitive taxes on sugar and so on.

Top of the league, on this front, was Public Health England, the sprawling government agency with a mission statement to ‘protect and improve the nation’s health and wellbeing’. 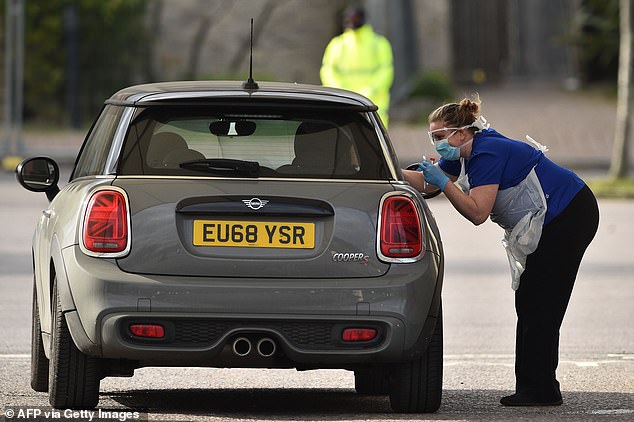 A medical staff member tests an NHS worker for the novel coronavirus COVID-19 at a drive-in facility set up in the carpark of Chessington World of Adventures. An astonishing 242 members of PHE staff now trouser a six-figure pay package

They include Yvonne Doyle, its ‘London Director’ who earns no less than £257,500. Her duties appear to include, among other things, advising parents to use a mobile telephone app to establish whether their kids are eating junk food or not.

Then there is Duncan Selbie, PHE’s £187,500 chief executive, who in May 2018 made headlines for lecturing an NHS conference on the importance of exercise before claiming £5.90 on expenses to travel by taxi to a station less than a mile away.

Think of these stratospheric numbers when you consider the intransigence that has been displayed by PHE as the coronavirus emergency has unfolded.

The agency, which has an annual budget of £4.5billion, bears the lion’s share of responsibility for running the national testing programme, which – we were assured by NHS medical director Stephen Powis on March 26 – would mean ‘we get to hundreds of thousands of tests a day… over the course of the next few weeks’. 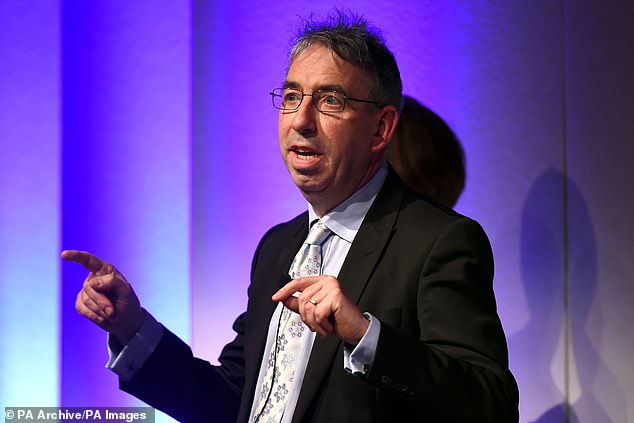 Duncan Selbie, PHE’s £187,500 chief executive, made headlines in May 2018 for lecturing an NHS conference on the importance of exercise before claiming £5.90 on expenses to travel by taxi to a station less than a mile away

That clearly isn’t going to happen but our worried nation has instead been repeatedly promised the UK will hit 25,000 daily tests by mid-April. This would end the scandalous state of affairs by which a quarter of NHS employees are off work because they, or someone in their household, has displayed symptoms of the virus but don’t know for sure if they have it – an issue campaigned on by the Mail.

Yet on the ground, things are very different. On Tuesday, Britain managed to test a mere 8,240 people, of which just 900 were medical staff.

This situation is undoubtedly costing lives. According to initial small-scale testing of those who are self-isolating for 14 days because of a family member with symptoms, only 15 per cent tested positive for the virus. This would suggest that as many as 85 per cent of the ‘isolating’ NHS employees might be perfectly fit. Proper screening, via an efficiently run programme, would allow them to promptly return to the workplace.

It is, therefore, scandalous to discover yesterday that officials at Public Health England have repeatedly failed to take up multiple offers from some of the country’s leading scientific organisations willing to help expand the testing programme. 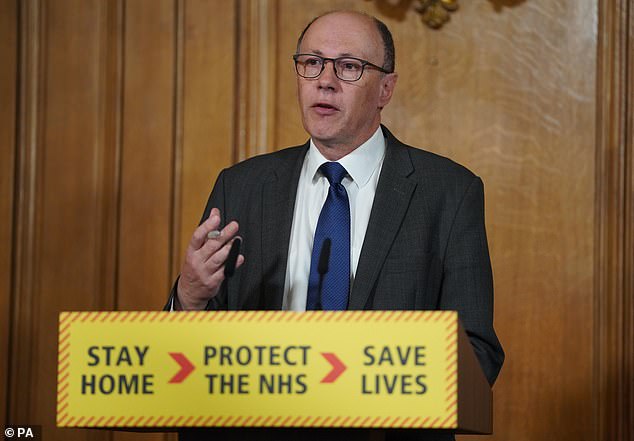 The agency, which has an annual budget of £4.5billion, bears the lion’s share of responsibility for running the national testing programme, which – we were assured by NHS medical director Stephen Powis (pictured) on March 26 – would mean ‘we get to hundreds of thousands of tests a day… over the course of the next few weeks’

His organisation has offered to supply 119 of the ‘PCR’ machines needed to identify genetic evidence of coronavirus but, so far, only one of them has been requisitioned. ‘When they sent round a request a couple of weeks ago to supply the PCR machines there was a very specific model they wanted,’ Prof Freeman told one newspaper.

‘Of our machines there was only one of that type, and the army came and collected it and took it off to Milton Keynes. But we have another 118 machines that can broadly do the same job, but they don’t appear to be part of PHE’s plans.’

The Francis Crick Institute in London has supplied five PCR machines to Public Health England, but is understood to have dozens more sitting idle inside its labs. The Queen’s Medical Centre in Nottingham is testing 200 samples a day but its director said yesterday ‘we could probably treble that’ if only someone bothered to ask.

Many medical experts blame PHE’s reluctance to accept help on a mixture of control freakery and incompetence among senior staff.

For example, whereas other countries weeks ago took the sensible decision to relax the rules on which laboratories can carry out coronavirus tests, in order to get as many as possible done, PHE chose to follow a tightly controlled approach.

Initially, it therefore insisted that all testing in the UK was done at its own lab in north London. This contrasts vividly with the approach in Germany, where both private and publicly-owned laboratories have been testing relentlessly since the start of the crisis.

Tim Colbourn, associate professor of global health epidemiology at University College London, has called for PHE to now hand over control to local authorities and private sector providers. ‘All the national capacity needs to be used for this effort,’ he said. ‘You could ramp it up a hundredfold… This is a national emergency.’ PHE seems, however, to be more interested in ticking boxes. A vast testing facility in Milton Keynes, supposedly operational since last week, is in fact still in a ‘trial’ period.

There are also claims that PHE decided to destroy thousands of swabs sent by GPs who suspected their patients had contracted the disease, before they could be analysed, because they did not meet strict criteria.

‘If they had looked at those swabs earlier instead of throwing them away, we could have got a handle on this thing much earlier,’ one GP told The Daily Telegraph.

Meanwhile at least some of PHE’s reluctance to requisition university and commercial laboratories appears to stem from a politically-motivated hostility towards private sector involvement in the healthcare system.

‘Their top staff of course like their fatcat salaries, but on other issues their world view is basically Corbynite,’ complains one healthcare expert.

In the longer term, our best chance of emerging from this crisis is likely to involve the widespread rollout of antibody tests to show who has had coronavirus. Unfortunately, that too is currently being handled by Public Health England. Given the gargantuan salaries its bosses command, let’s hope they find a way to do better.