Fingers on buzzers: Who is the smartest star on University Challenge this year? ‘Grandmaster Wang’ or the ‘Scowler’?

Viewers will find out tomorrow as the two standout contestants of this year’s competition go head-to-head in a final that pits Brandon Blackwell, the ‘grimacing’ and ‘brash’ American who provides almost half of the correct answers for Imperial College London, against Ian Wang, the ‘bouncy’ and ‘over-enthusiastic’ captain of Corpus Christi, Cambridge.

English graduate Wang, from Sale, Greater Manchester, was given his nickname by fans after correctly identifying a song by hip-hop pioneers Grandmaster Flash and the Furious Five, to the obvious delight of host Jeremy Paxman. 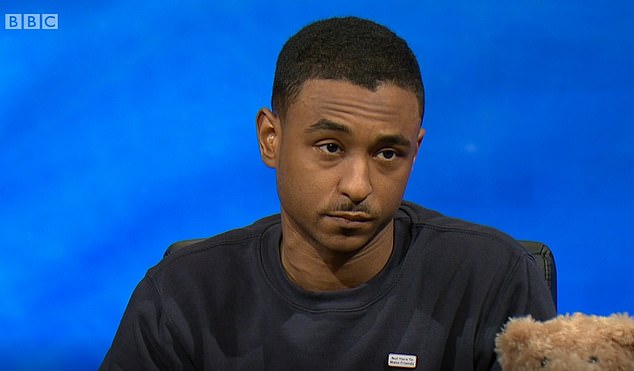 Brandon Blackwell, the ‘grimacing’ and ‘brash’ American who provides almost half of the correct answers for Imperial College London

Meanwhile, 26-year-old New Yorker Blackwell – who breaks the show’s convention by using only his first name – gained his epithet because of his exaggerated facial expressions.

He has dominated the competition, but sparked controversy as he is almost a career quiz show contestant, having taken home a total of £300,000 from several programmes since 2008.

In one tweet, he wrote: ‘I came to Britain specifically to take down the Big Four quiz shows, ‘I’m here to take down the quiz shows… not to make friends’ and UC [University Challenge] almost always has to be the first one’; in another, he said: ‘If I was looking to make money I would’ve stayed in the US with all the bad quizzes that pay too much…’

University Challenge’s only prize is the bragging rights. A New York University graduate, Blackwell’s real surname is Saunders, but he apparently changed it last year while studying his master’s in computing at Imperial. 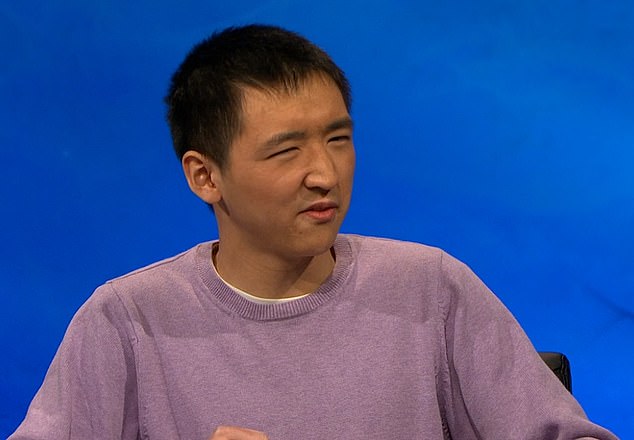 After the University Challenge final, which was filmed last autumn and will be shown on BBC Two at 8.30pm tomorrow, he moved back to the US.

Four years later, he won £34,600 on the US version of Who Wants to Be A Millionaire?

And the following year, he won £272,700 on a show called Million Second Quiz.

He has been labelled ‘cocky’ by viewers but says he is ‘not here to make friends’.

By comparison, Mr Wang, 21, who has posted songs on YouTube under the name Ghost In A Sundress and now works for the National Audit Office, is self-effacing, but some viewers have called him a ‘twerp’ for boasting about the thought process behind his answers.

At university, he was regarded as a firebrand ‘post-colonial warrior’ who led protests to ‘decolonise’ the English faculty. He has also spoken of the ‘anguish’ of his British-Chinese identity, saying: ‘To be ChineseBritish is to be alienated at some point in your life, especially in a society that prioritises whiteness.’

Despite his success, Mr Wang has railed against University Challenge, saying it rewards ‘the same forms of old, white male hierarchies’.

The contestants: Wang VS Brandon

Extracurricular activities: Sings and plays guitar on YouTube under name Ghost in a Sundress.

Personality: Bouncy but accused of boastfulness.

What he said about himself: ‘In some ways I’m every bit the Chinese stereotype. I got A* in all my science GCSEs. In other ways, I defy it completely. I’m an English student.’

What Paxman said about him: ‘It’s conventional to work out the answer before you buzz.’

Family Background: Mother is a lawyer father an insurance agent

Extracurricular activities: A career quiz contestant who has made £300,000 from TV game shoes in his native America

Personality: Scowls and grimaces. Some think him arrogant, others as a future US president.

What he said about himself: ‘I am not here to make friends.’

What Paxman said about him: ‘We’ve made the questions too easy for you.