Home » World News » Student, 22, 'kills himself after being overwhelmed by lockdown'

Student, 22, 'kills himself after being overwhelmed by lockdown'

Mother reveals her grief after her engineer student son, 22, ‘kills himself after being mentally overwhelmed by coronavirus lockdown’

A grieving mother has told how her 22-year-old Loughborough University son committed suicide after he was ‘overwhelmed’ by the lockdown.

Ben Brown, from Gloucester, killed himself on Monday after writing his mother Helen Hartery-Brown a letter about his mental health.

The night before his death, Ms Hartery-Brown, 54, said that engineering student Ben – who was living with friends in Leicestershire – had concealed his anguish. 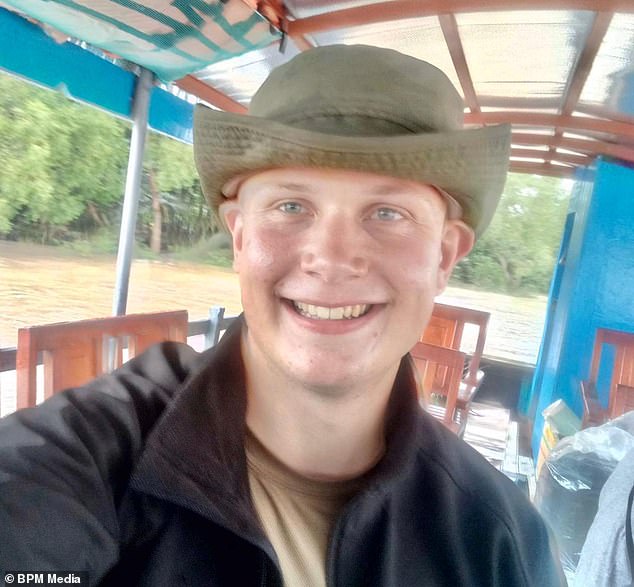 Ben Brown (pictured), 22, from Gloucester, killed himself on Monday after writing his mother Helen Hartery-Brown a letter about his mental health

However, he spoke of the ‘overwhelming’ impact that the lockdown was having on him in a letter that his mother found after he died.

Ben, who was going to train with the British Army in September, spoke of needing to be ‘busy all the time’ so he was not ‘alone with his thoughts’.

Ms Hartery-Brown said: ‘We video called him at 6pm the night before he took his life.

She continued: ‘The lockdown had a massive impact on him. Ben had not spoken to anyone about how he was feeling. He found it all too overwhelming.

‘He was always so busy and packed a lot into his short life. Ben was an intelligent and loving man who left a lasting impression with many people.’

Born in Gloucester, Ben and his family moved away for a spell before returning back to the city when he was in Year 6 at primary school. 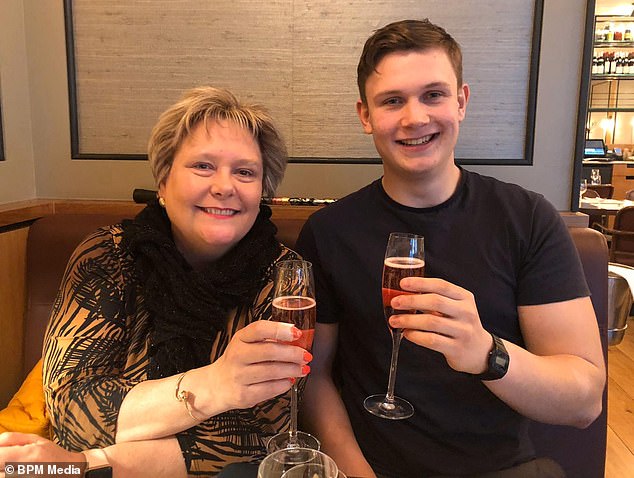 The night before his death, his mother Helen Hartery-Brown (left), 54, said that engineering student Ben – who was living with friends in Leicestershire – had concealed his anguish

He was a pupil at Barnwood Church of England Primary School before starting secondary school at The Crypt School in Podsmead.

Ben then went to Welbeck College in Leicestershire where he completed A-levels across the sciences before starting university in 2016.

His mother said: ‘My son lived life to the full.

‘He took himself off travelling to Thailand and Vietnam and even went to Madagascar where he volunteered with building projects there.

‘I am so proud of him and all that he achieved.

‘Some messages I have been sent from people he had only known for a night from his travels, but he had made a real lasting good impression on them.

‘Ben, my son lived life to the full.’

In the weeks before he passed, Ben donated to the charity Papyrus, which aspires to prevent people from taking their own lives.

For support call the Samaritans on 116123 or go to www.samaritans.org.