Home » World News » Tekashi 6ix9ine, Michael Cohen, and other high-profile convicts are asking for early release because of coronavirus fears

Tekashi 6ix9ine, Michael Cohen, and other high-profile convicts are asking for early release because of coronavirus fears

As the novel coronavirus outbreak continues to spread across the United States, multiple high-profile criminals have asked to be let out of prisons early.

COVID-19 has infected more than 500,000 people worldwide and has already hit US prisons. It is currently spreading across New York's infamous Rikers Island, and smaller facilities in Texas, South Dakota, and Michigan have reported cases.

Counties and states have started releasing hundreds of inmates from jails and prisons in New Jersey, Cleveland, Ohio, Nashville, Tennessee, and more. But the federal prison system has not taken similar measures.

Public health and corrections officials have issued warnings over current prison conditions and the possibility of COVID-19 spreading in such facilities, but no decisions have been made as to whether or not high-risk inmates will be released.

In the meantime, some well-known inmates — including rapper Tekashi 6ix9ine, Michael Cohen, and Michael Avennati — have asked to be released citing concerns of the virus and, in some cases, long-lasting health problems.

At least one high-profile inmate — a parent who pleaded guilty in the college admissions scandal — has already been released, but many others will likely remain behind bars.

Here are some of the most high-profile inmates asking to be released.

Tekashi 6ix9ine has asthma and fears it could put him at a higher risk for COVID-19. 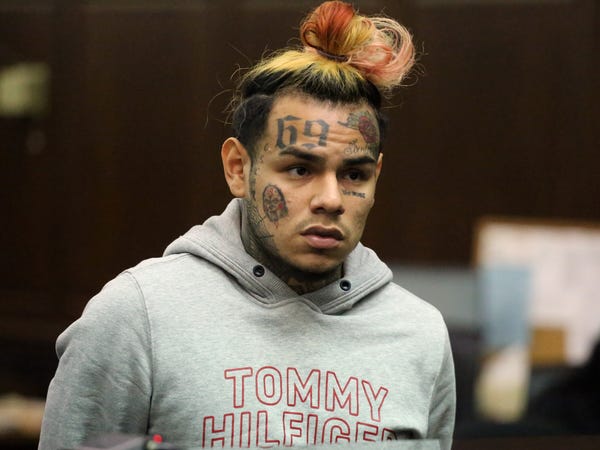 COVID-19 is a respiratory disease, and people with asthma are at higher risk from it, according to the Centers for Disease Control and Prevention.

Hernandez, 23, was sentenced to 24 months in prison in December after pleading guilty to several crimes related to his involvement with the Nine Trey Gangsta Bloods gang. He's due to be released by August.

"It seems like just a matter of time before all prisons in the area are hit with the virus, both inmates and guards," Hernandez's lawyer, Lance Lazzaro, said in a letter to Judge Paul Engelmayer on Sunday. "Mr. Hernandez has been complaining to prison officials this week of shortness of break, but apparently the warden of his facility will not allow Mr. Hernandez to go to the hospital despite the recommendation of the facility's medical director that Mr. Hernandez be treated by a doctor at a hospital."

Judge Engelmayer ruled in court filings reviewed by Insider that he did not have the authority to release Hernandez from prison and left it up to the Bureau of Prisons.

The bureau has yet to make a decision.

A judge denied Michael Cohen's request to be released, saying it was 'another effort to inject himself into the news cycle.' 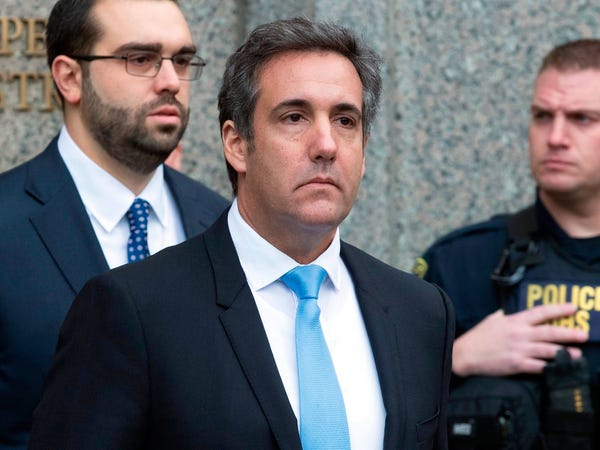 President Donald Trump's former lawyer, Michael Cohen, requested earlier this month to either be released early or serve the remainder of his three-year prison sentence in home confinement, citing concerns about the coronavirus.

Judge William H. Pauley III denied the request made by Cohen, who started his prison sentence in 2019 after pleading guilty to tax, bank, and campaign finance crimes.

"Apparently searching for a new argument to justify a modification of his sentence to home confinement, Cohen now raises the specter of COVID-19," Pauley wrote in a Tuesday order seen by Fox News, referencing an earlier request from Cohen to have his sentenced lightened. "That Cohen would seek to single himself out for release to home confinement appears to be just another effort to inject himself into the news cycle."

Michael Avenatti's history of pneumonia could put him at a higher risk for COVID-19, his lawyer says. 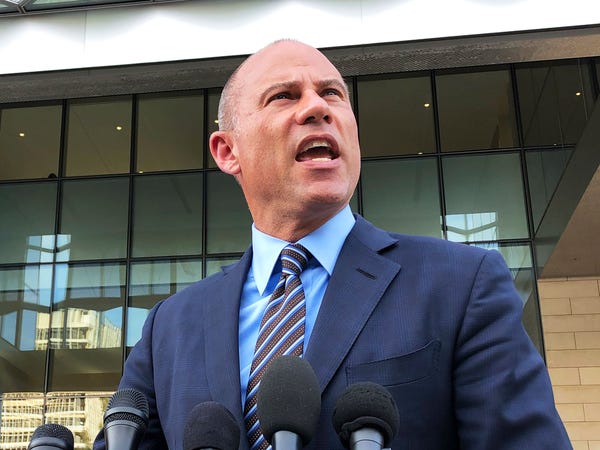 Michael Avenatti, who was convicted of trying to extort Nike, asked a judge last week if he could be released to home confinement.

Avenatti, 49, also had pneumonia last year, which could put him at a higher risk for COVID-19, his lawyer, H. Dean Steward said.

"He is part of the general population incarcerated under unsanitary and disease-prone conditions," Steward said.

Avenatti has not been sentenced in his case and is in prison awaiting his sentencing hearing.

Bernie Madoff's lawyer called for all high-risk inmates to be released. 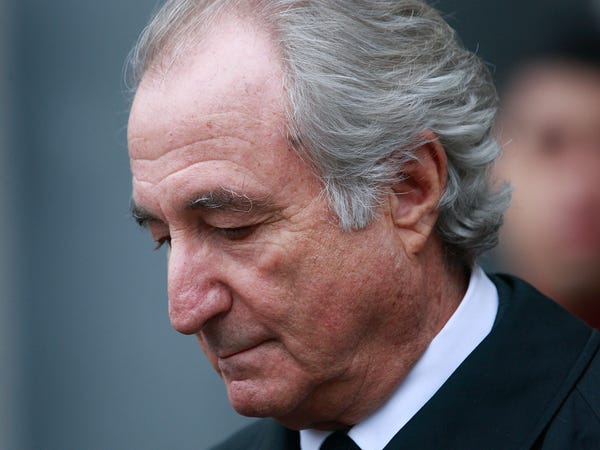 A lawyer for 81-year-old Bernie Madoff, who's serving a 150-year sentence for running a $17.5 billion Ponzi scheme, is calling for all at-risk prisoners to be released because of the novel coronavirus, including his client.

"The federal prison system has consistently shown an inability to respond to major crises," Madoff's attorney Brandon Sample told the Associated Press last week. "My concerns are even more amplified for prisoners at federal medical centers and those who are aged."

Madoff, who has terminal kidney disease, asked last month to be released early so he could have time with his family while still alive.

Bill Cosby's spokesman said that his 82-year-old client is blind and relies on other inmates who could put him at risk if they contract COVID-19. 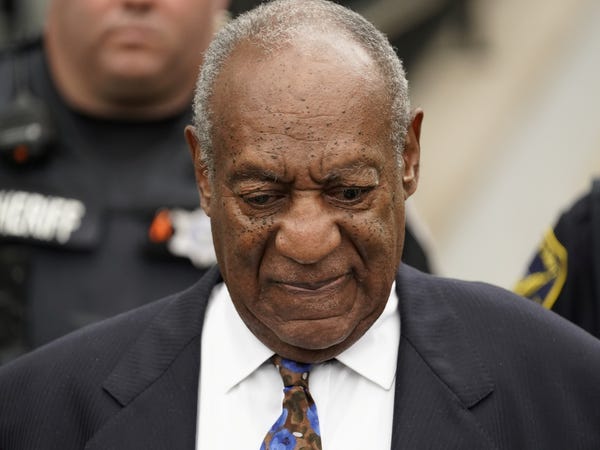 In a statement sent to Insider, Bill Cosby's spokesman, Andrew Wyatt, said that his client is blind and that he's concerned for the 82-year-old's health.

He said because of Cosby's old age and blindness, he relies on other prisoners and correction officers regularly who could put him at risk if they contract COVID-19.

Cosby's lawyers have yet to file an official motion asking for his release, but Wyatt said they are considering asking for him to be placed under house arrest.

"Mr. Cosby has not been tested for the virus — but is feeling fine — other than being blind and his blood pressure spiking at times," Wyatt said. 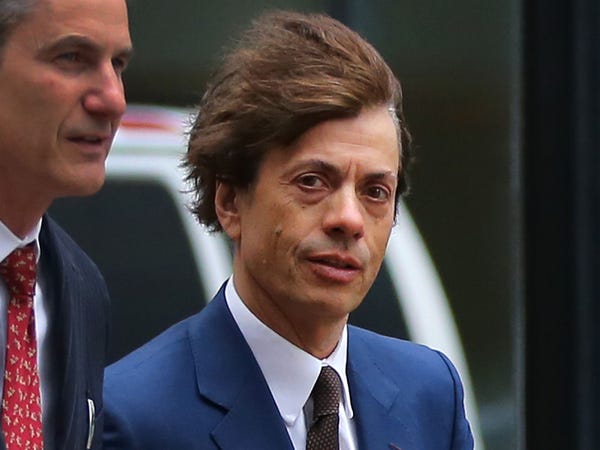 Agustin Huneeus Jr., a Napa Valley vintner who was sentenced to five months in prison in the college admissions scandal in October, was released early over concerns about the coronavirus.

According to the Los Angeles Times, Huneeus was released two weeks early. A judge cited "unique health circumstances" in approving his request to be released, the LA Times reported.

He will serve the remainder of his sentence in home confinement.

Another college admissions scandal parent was denied his request to be released. 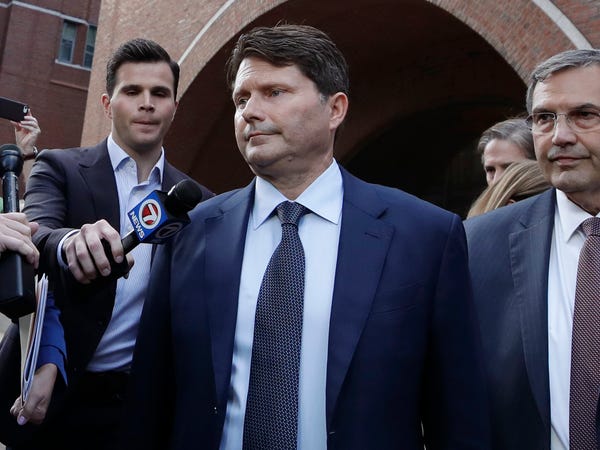 Devin Sloane, the founder and chief executive of a drinking water and wastewater systems business in Los Angeles, California, who was also sentenced in the college admissions scandal, had requested early release because of the coronavirus but was denied.

Judge District Judge Indira Talwani said in her ruling seen by the Los Angeles Times that Sloane had not exhausted all other avenues of securing early release, nor did he have a "life-threatening condition."

Get THE DRONES REPORT now! Commercial drones are already a reality. BI Intelligence takes an in-depth look at the most important aspects, including market forecasts for commercial applications, regulatory process, and the leading players.Get the Report Here &raquo