AUSTIN, Texas — Prosecutors in Texas have rejected a drunken driving charge against conspiracy theorist and radio host Alex Jones, who was arrested in Austin earlier this year.

The Travis County attorney’s office rejected the misdemeanor charge of driving while intoxicated against Jones on Sept. 18, records show.

A Travis County sheriff’s deputy pulled Jones over on March 10 for going 5 mph above the speed limit, according to the Austin American-Statesman. The deputy was responding to a call from the Infowars host’s then-wife, Kelly Morales, who reported that he was driving a black Dodge Charger and may have been drinking, according to an affidavit. 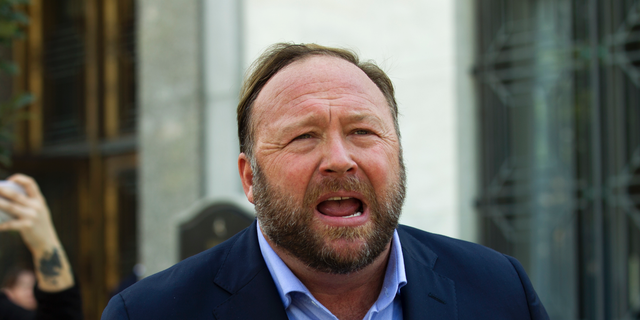 Travis County Sheriff’s Office spokeswoman Kristen Dark said Jones had a “strong odor of alcohol” coming from him and that he was unable to complete field sobriety tests, losing his balance and failing to touch heel to toe.

Jones’ blood-alcohol level was recorded at .076 and .079, according to court records; the legal blood alcohol limit is .08 in Texas.

Under state law, impairment is possible regardless of a person’s blood-alcohol level, meaning a jury in Texas could reasonably determine a driver was intoxicated even if they didn’t reach the 0.08 threshold.

Morales said she was disappointed with the prosecutors’ decision.