‘Britain’s richest postcode’: Documentary reveals how £3million lottery jackpot was shared between residents of tiny Scottish island of less than 2,000… with winners splashing out on wheelbarrows, a breadmaker and a mobile phone

A new documentary has shared the story of a small Scottish community who split a £3million lottery jackpot and spent their winnings on a plastic wheelbarrow, an electric heater and a breadmaker.

Channel 4’s ‘The Scottish Island that Won the Lottery’ follows the people of North Uist, a tiny island off of Scotland described as the ‘rugged northwestern edge of Britain’.

The crime-free community that 1,500 residents call home doesn’t even have highstreet regulars such as McDonald’s or Tesco, and is famed for its traditional roots and humble, hard-working people.

But, the self-sufficient islanders, who nicknamed their idyllic surroundings the ‘Scottish Bahamas’, won a share of £3million of the Postcode Lottery jackpot last January.

To many of us, the life-changing sums of money could have been spent on holidays, paying off mortgages or buying a new car.

But as the programme’s preview asks: ‘When you already have everything you need, what happens when you win £3million but don’t know how to spend it?’

Channel 4’s latest documentary set out to find out just that. 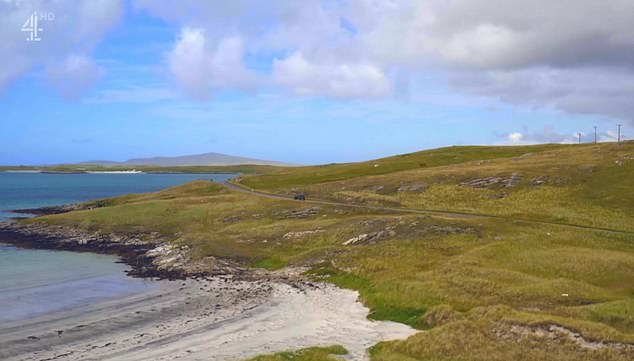 Channel 4’s ‘The Scottish Island that Won the Lottery’ follows the people of North Uist, a tiny island off of Scotland which doesn’t have corporate chains such as McDonald’s or Tesco 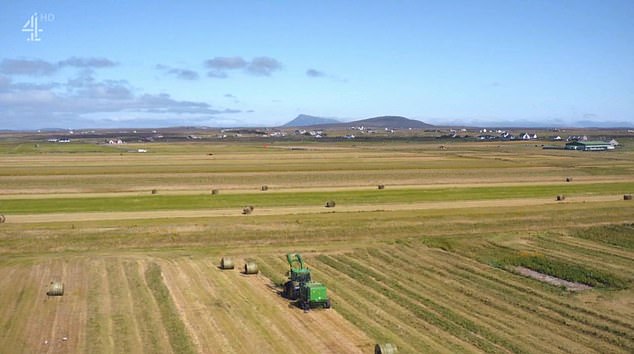 Speaking on the documentary, residents explained that not much changes in the traditional and hardworking community of North Uist.

That was until 101 islanders found out they would split a £3million Postcode Lottery jackpot back in January 2020.

In scenes of wild jubilation, those lucky ticketholders standing in the village hall were left in disbelief after they each pocketed more than £21,000 – which is more than most of their annual salaries.

The biggest winner of the day was Pamela and Angus Macaskill, who were juggling multiple jobs when they pocketed £193,055.

Channel 4’s ‘The Scottish Island that Won the Lottery’ delved into the lives of a handful of the residents who hit the jackpot, but were left questioning what more they could possibly need. 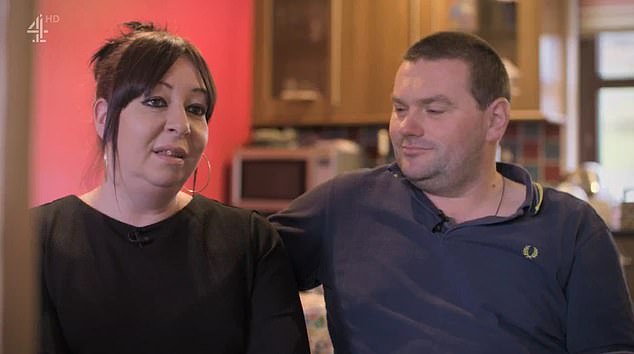 Pamela and Angus Macaskill were juggling multiple jobs when they won £193,055 in January 2020 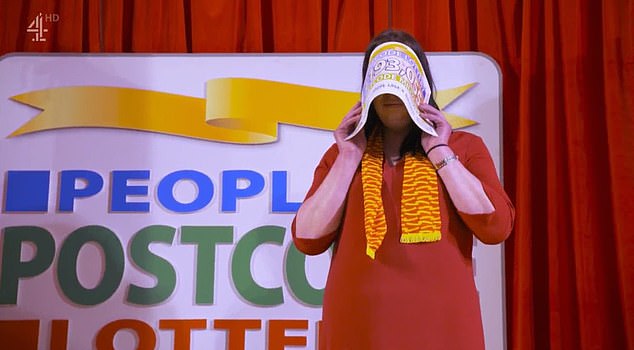 Pamela, 44, looks stunned as she stands atop the stage at the village hall with her family’s newfound fortune 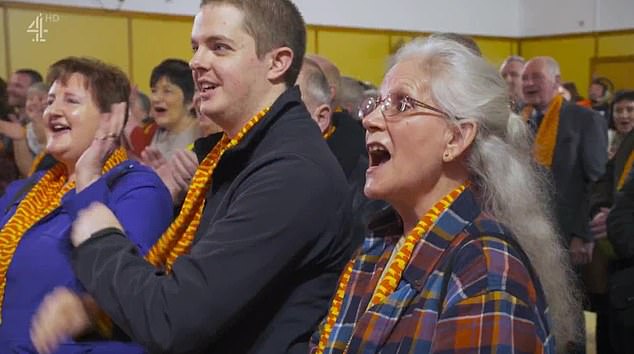 A mobile phone, a new breadmaker and a plastic wheelbarrow were among the more mundane items purchased by the islanders (pictured)

The Macaskills, both born and bred on North Uist, ponder a family holiday in mainland Scotland as they question how they’ll spend their surprise winnings.

Despite winning almost £200,000, the couple both went back to work the day after and Pamela, 44, bought her first ever working mobile phone.

She explains: ‘We are not materialistic. It’s not the be all and end all.

‘In a way I’m uncomfortable with the amount we won… it seems like a lot.

‘If you have never had much money there is a massive reluctance, on my part, to spend it.’

After much deliberation, the couple splashes out on a new white BMW and a family holiday to Inverness. 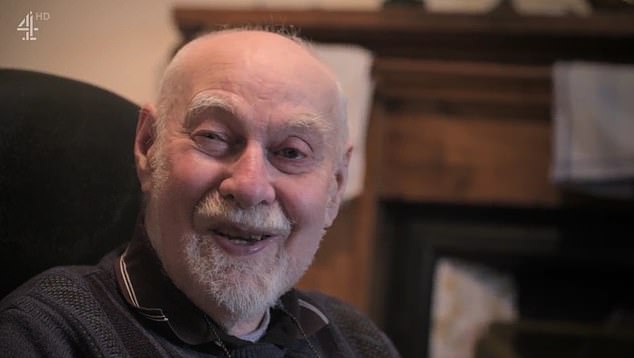 83-year-old peat farmer Duncan Campbell (pictured) said he will keep his ‘make do and mend’ mentality despite pocketing £21,000 with his Postcode Lottery winnings 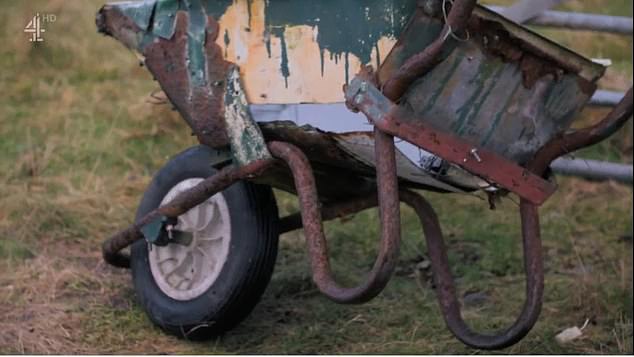 Duncan replaced his old, rusty wheelbarrow (pictured) with a new plastic barrow, a non-stick frying pan and a new bin in a £149 splurge

Describing the idyllic surroundings North Uist boasts, he said: ‘It’s like the Bahamas here, but without the heat!’

83-year-old Duncan Campbell has spent his life with a ‘make do and mend’ mentality, and was dreaming of a new plastic wheelbarrow when he pocketed £21,000.

After getting a lift to the local shops, he spent a fraction of his winnings on the new load carrying tool, a replacement non-stick frying pan and a new bin.

Joking with the clerk as his bill comes to £149, Duncan says: ‘This is what a lottery winner looks like.’

His final purchase is his best yet – a £350 reclining chair.

It’s clear that this remote island community prioritise the simple things in life, perhaps making it the ‘richest postcode in Britain’. 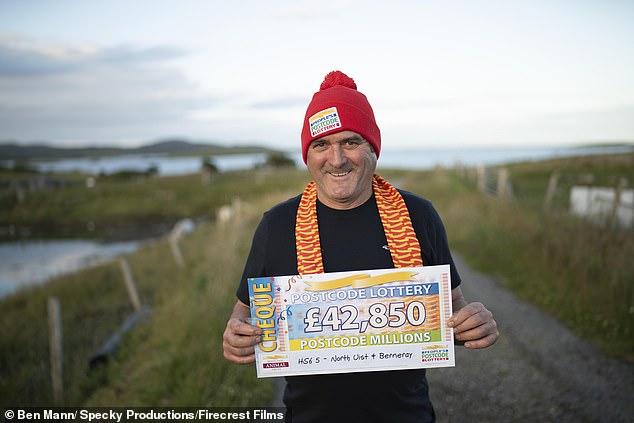 Fish farmer Attar Johnson gave most of his newfound fortune to his daughter, schoolteacher Eilidh, 24

Fish farmer Attar Johnson gave most of his newfound fortune to his daughter and schoolteacher Eilidh, 24.

The £30,000 will go towards helping her get on the property ladder in Glasgow, where she works.

Peter Johnson, 24, was perhaps the one resident who went on a bondafide shopping spree with his £21,000.

‘I bought a table-top dishwasher because I’m not a fan of washing up. And an electric heater,’ he said.

‘Then I bought a bread maker because hopefully I can make really nice sandwiches.’ 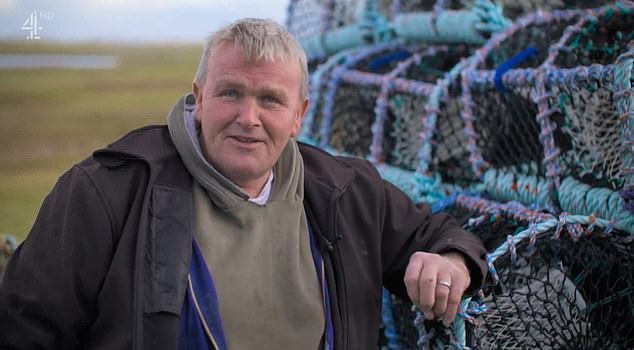 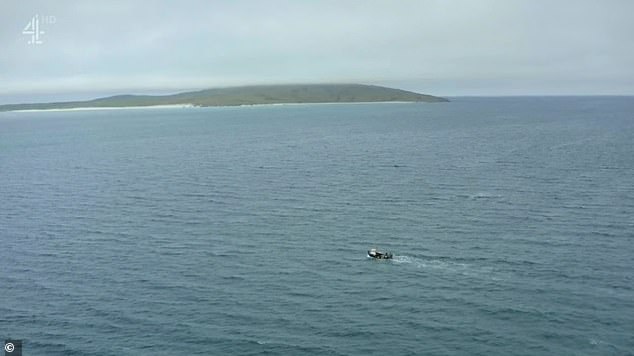 Donald said of North Uist (above): ‘It’s like the Bahamas here, but without the heat!’

After signing up, you pay £10 per month per ticket, and in doing so you are automatically entered into the draws that give you the chance to win prizes every day of the month.

Tickets are based on postcodes, and only playing postcodes will be entered into the draws.