Thigh-flashing model struts down the catwalk… in SAUDI ARABIA

Thigh-flashing models have strutted down the catwalk in Saudi Arabia as the repressive kingdom attempts to display modern ideals with haute couture hijabs.

The private event was attended by a mixed-sex audience on the diplomatically sanctified grounds of the Belgian ambassador’s residence in Riyadh on Saturday.

Crown Prince Mohammed bin Salman has been trying to project a liberal image since coming to power, giving women the right to drive, opening cinemas and allowing mixed-gender concerts. 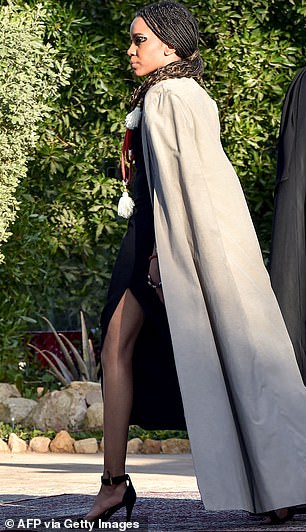 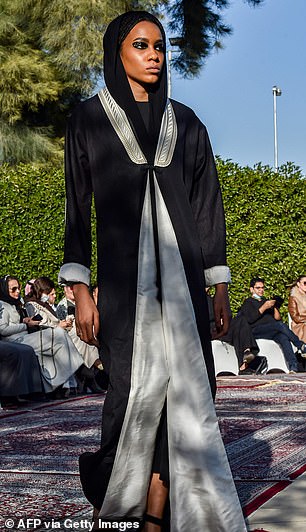 Models walks during the presentation of the collection by Saudi and Belgian designers Safia Hussein and Christophe Beaufays, at the Belgian embassy in Riyadh on Saturday 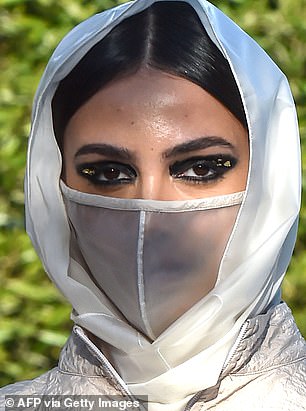 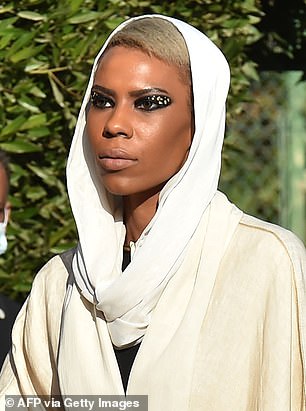 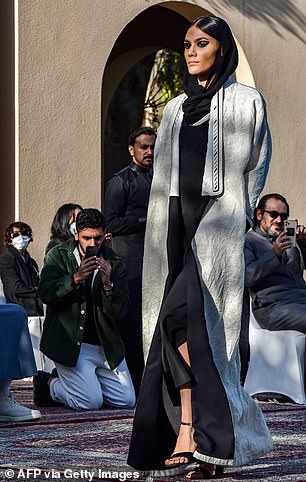 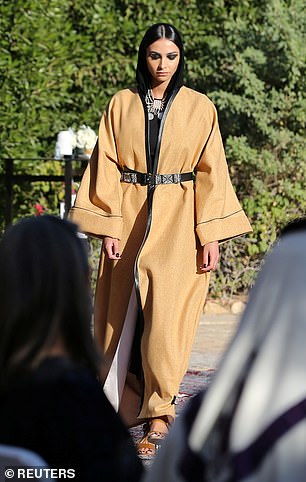 A model is photographed by male guests (left) and another walking down the runway (right). Two sources close to the organisers told AFP that Saudi authorities initially refused to grant the Belgian embassy permission to host the show. 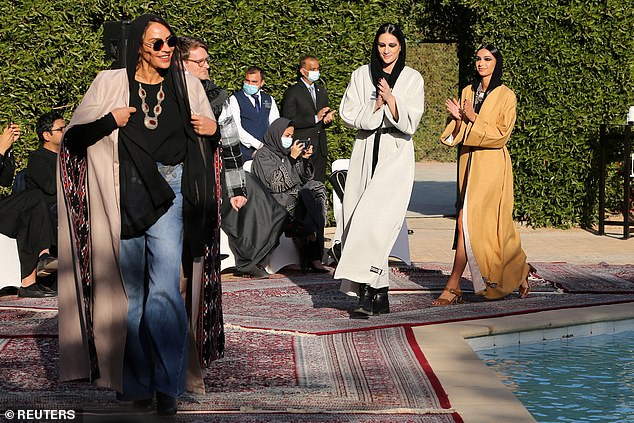 Two years ago he told American broadcaster CBS that he didn’t believe long robes and face coverings were mandatory in Islam, hinting that the country’s strict dress code might be relaxed.

Fashion displays are rare in the deeply conservative Muslim kingdom and have usually been restricted to women or avoided female models altogether – one even displayed dresses dangling from drones.

Speaking of her designs, Princess Safia said: ‘The stigma around the abaya and the hijab around the world – I wanted to change that.

‘If I bring it to a level of chicness and acceptance… maybe our generation will embrace the abaya.’

Draped in shimmering embellishments, half a dozen models, most of them Saudi or of Saudi origin, displayed the collection that sought to redefine the abaya as a stylish overcoat suitable not just for Muslims but for women everywhere.

While many see the abaya, which has been obligatory public wear for Saudi women for decades, as a symbol of chastity and piety, feminists generally view it as a symbol of oppression.

The dress code was once fanatically enforced in the kingdom by the religious police.

While it is no longer enforced for foreigners, Saudi women are still required to wear the garment in public.

In a brewing cultural rebellion, however, the once all-black garment is now repurposed in bright colours and many women leave their cloaks open at the front.

Despite the risk of riling arch-conservatives, a handful of bold Saudi women have taken the rebellion a step further – they have stopped wearing the abaya.

But Princess Safia, 50, said she hoped to make the garment ‘fashionable’, a crossover between tradition and modernity that blends Arab motifs and patterns with contemporary fabrics. 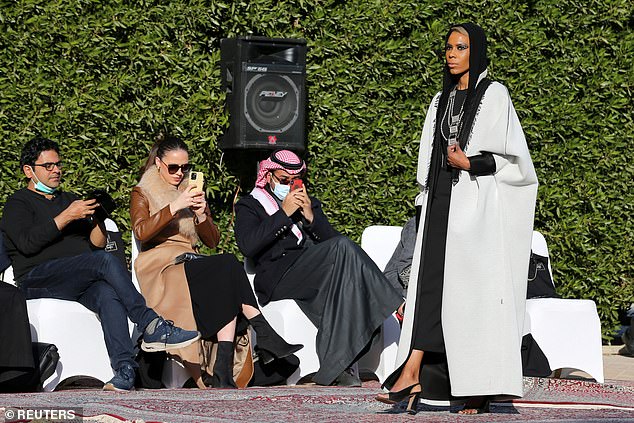 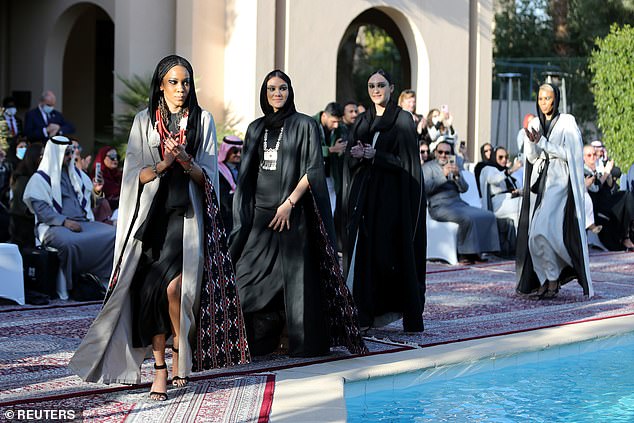 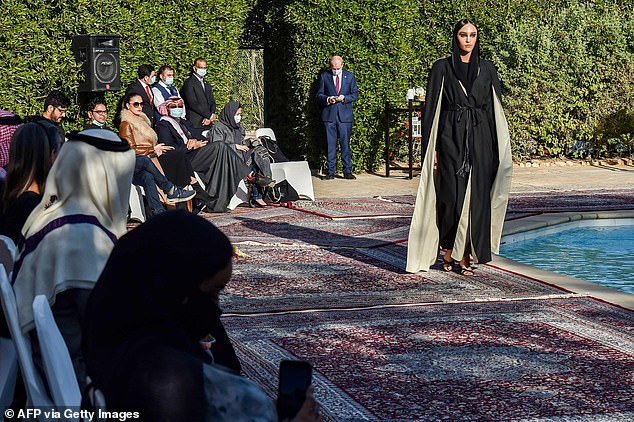 A model walks down the carpeted runway 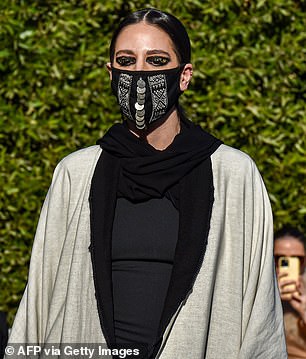 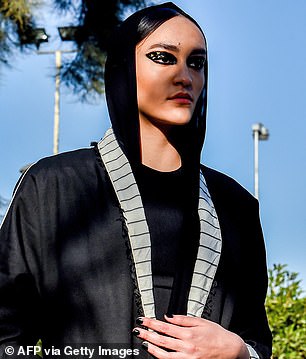 A model wears a face covering with an open robe (left) and another wears a shawl with her abayah, right 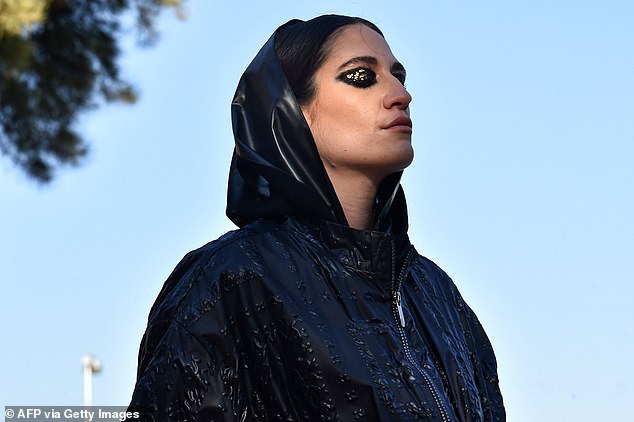 The designs would appeal to women from different cultures and religions who share views on ‘modesty and elegance’, said Beaufays, who is based in the kingdom and works for Jeddah-based Lomar which designs traditional ‘thobes’ for men.

The fashion show, unthinkable in the kingdom barely four years ago, was organised at the residence of the Belgian ambassador to Saudi Arabia.

It comes amid Prince Mohammed’s contentious drive to shake off his country’s ultra-conservative image.

But despite the liberalisation drive, organising the event appeared to be mired in government red tape.

Two sources close to the organisers told AFP that Saudi authorities initially refused to grant the Belgian embassy permission to host the show.

There was no public comment from authorities or the Belgian embassy. After heated diplomatic wrangling, the show was eventually allowed to proceed, the sources said.

The event toasted the stylish abayas, which Princess Safia says will go on sale in the kingdom. 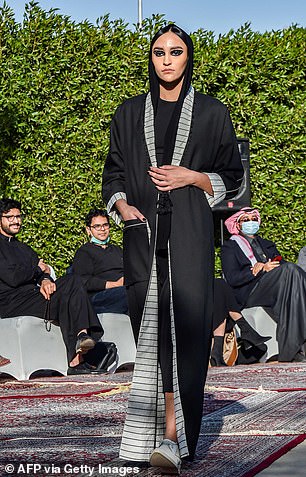 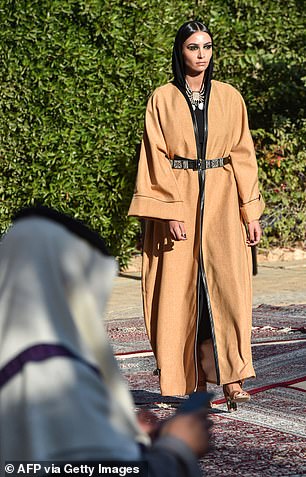 Women walking down the runway during Saturday’s show 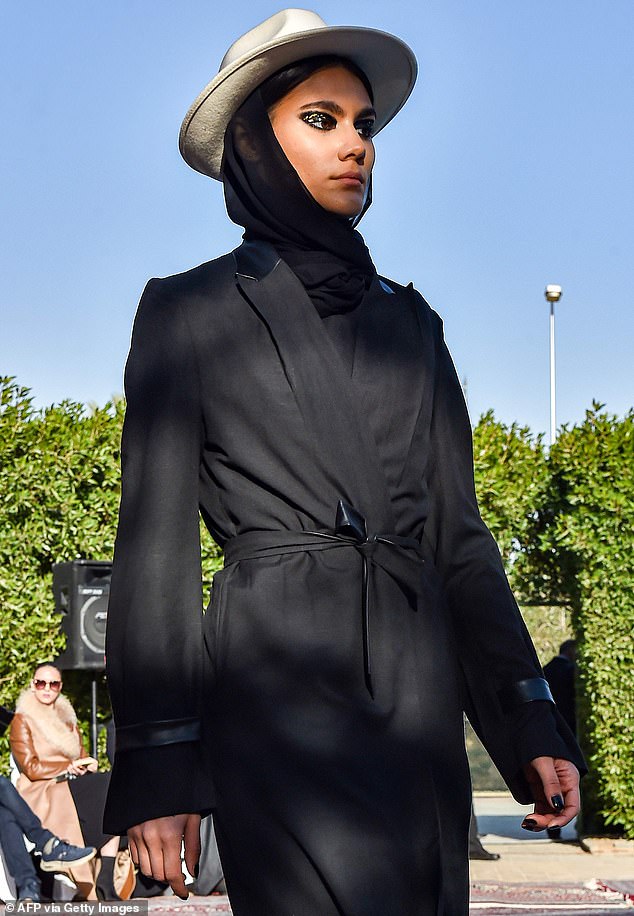 A model walks during the presentation of the ‘Khaleeki Chic’ (Stay stylish) collection by Saudi and Belgian designers Safia Hussein and Christophe Beaufays, at the Belgian residence in Saudi Arabia’s capital Riyadh’s diplomatic quarter 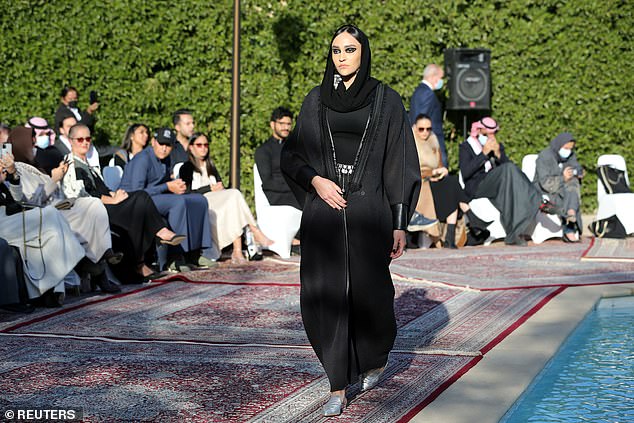 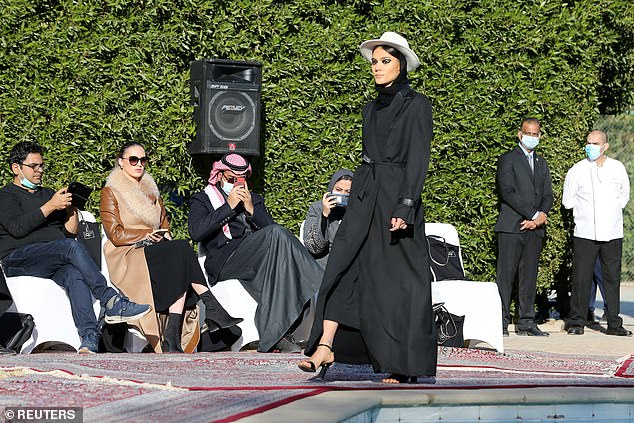 There was however hardly an abaya in sight in the audience, which was restricted to roughly three dozen people amid the coronavirus pandemic, including Saudi royal family members, diplomats and social media influencers.

Despite the small crowd, the show marked progress compared to previous fashion events.

In April 2018, Jean Paul Gaultier and Roberto Cavalli headlined the kingdom’s first ever Arab Fashion Week — a women-only event that barred not only men but also cameras.

And in June 2018, a video of dresses floating in the air, suspended from drones, at a fashion show in the Red Sea city of Jeddah went viral on social media.

It was ridiculed widely as a ‘ghost show’, with comments online peppered with ghost emojis.