A TINY studio flat where you can cook and do the dishes from bed is up for rent for nearly £800 a month.

The dinky space in West London has a single bed in the kitchen and costs the same as a three-bed home up north. 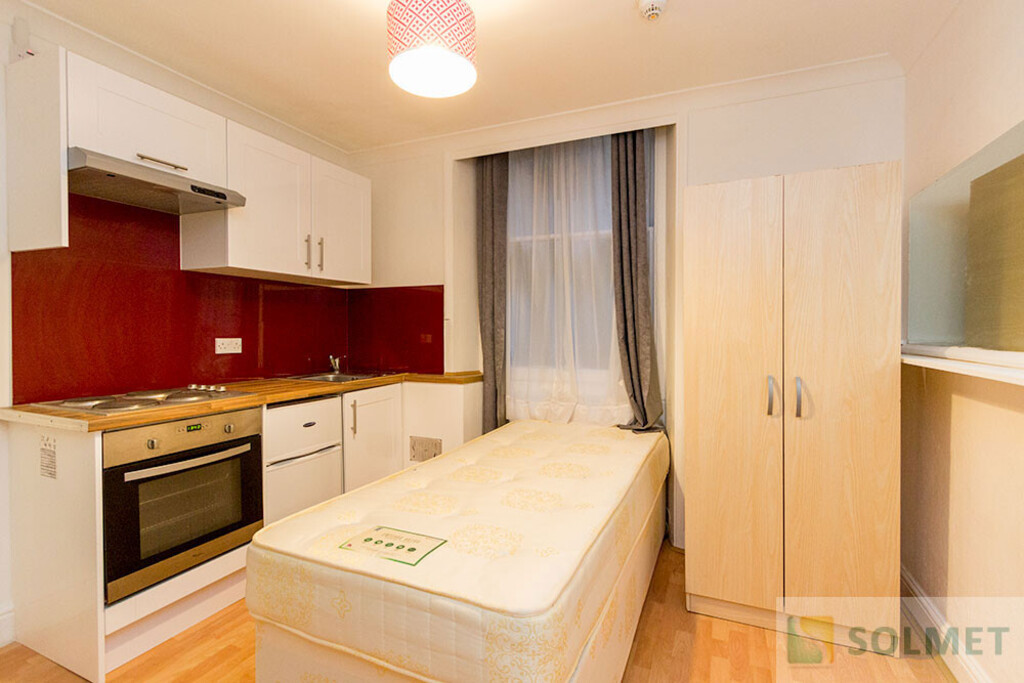 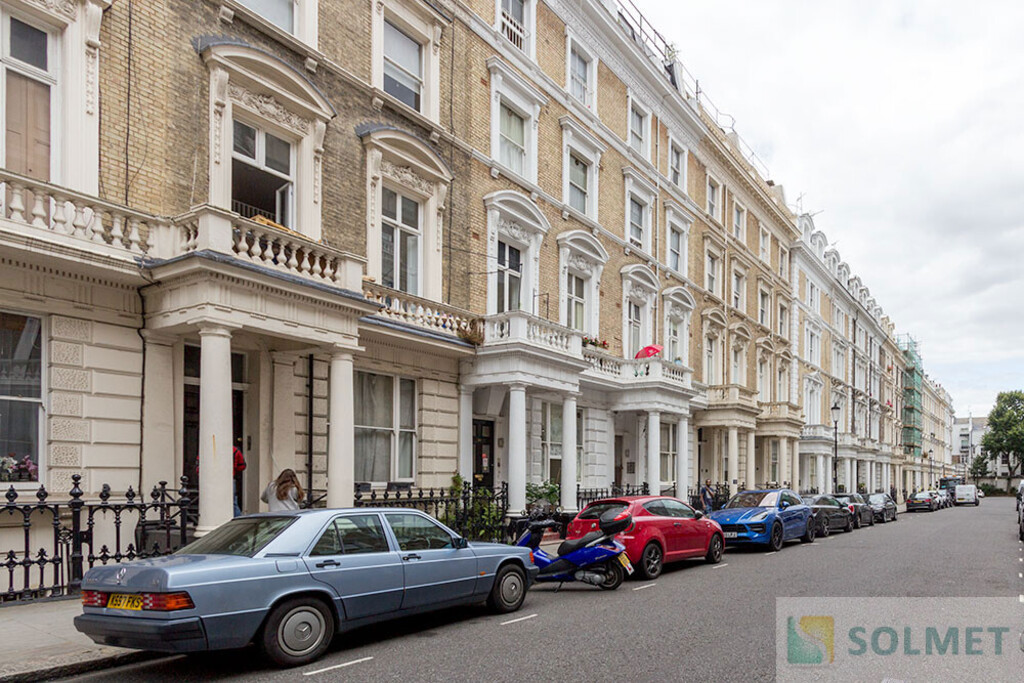 The "self-contained" micro-flat is on the lower ground floor of a period house.

It is located in the heart of Notting Hill in the borough of Kensington and Chelsea – one of the country's most desirable locations.

The flat's listing says it comes with an "open-plan kitchen" – but images show this is just inches from the bed.

The oven is so close to the bed the new occupant could actually perch on the mattress while they make their dinner.

There is also a shower – next to the oven – so you can watch your pots boil through the clear screen.

But there is some privacy as the studio comes with a separate toilet cubicle in the corner of the kitchen-living-dining-bedroom.

And it comes furnished – although it looks like that is just a single bed, wardrobe and a toilet brush. 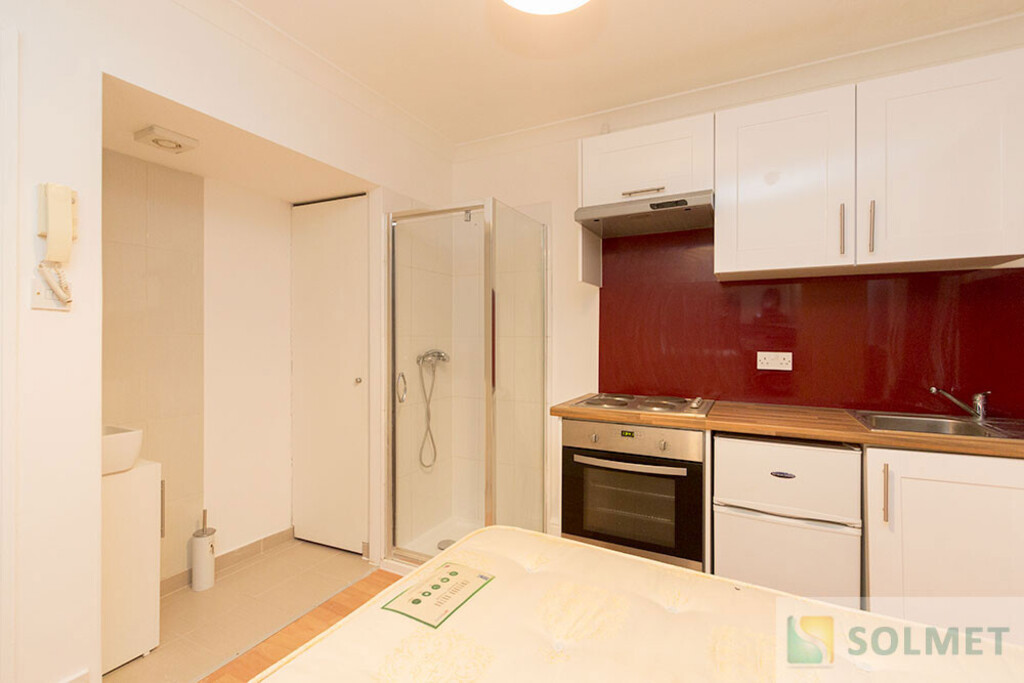 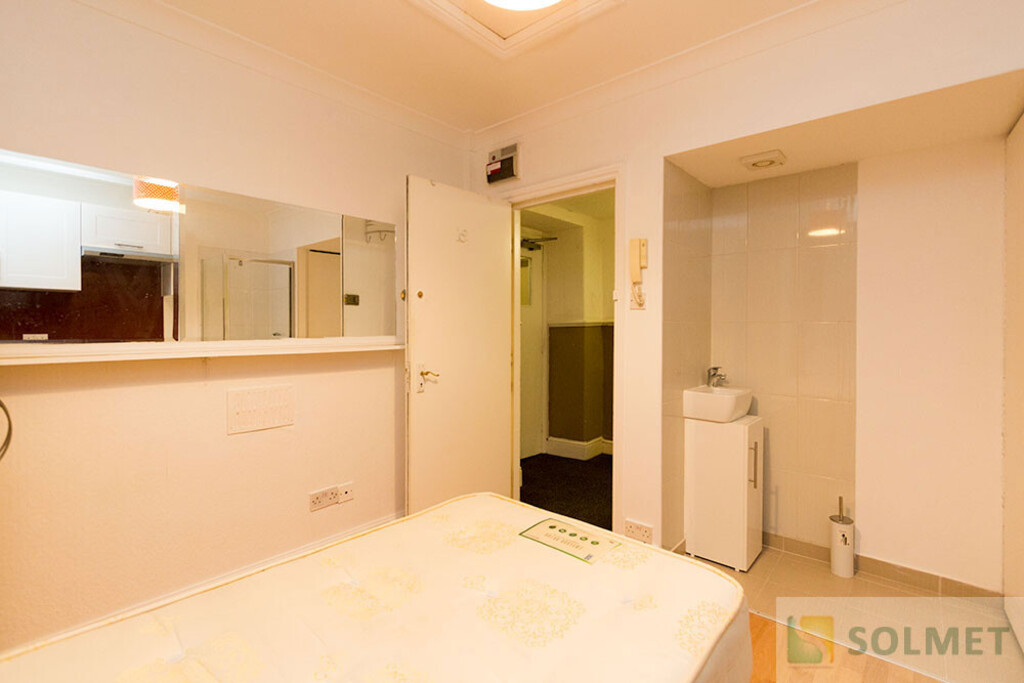 The minute space, in Clanricarde Gardens, will set the new occupant back £790 a month – but this includes water, gas and electricity.

Tenants only have to cover council tax and WIFI on top.

It is the same price as three-bedroom detached house in Selby, North Yorks, or a four-bed barn conversion in Bathley, Notts.

In the flat listing, the home is described as being "ideally located for London professionals and students".

It is just a four minute walk to Notting Hill Gate Station, five minutes to Queensway Station, and just across the road from Kensington Gardens.

It is listed by London-based online letting agency Solmet Properties.

Another teeny flat in the same area, with a bed that folds into the wall and a kitchen in a CUPBOARD, was listed for rent last month.

Despite being described as "spacious", the £1,500-a-month studio in Notting Hill seemed anything but. 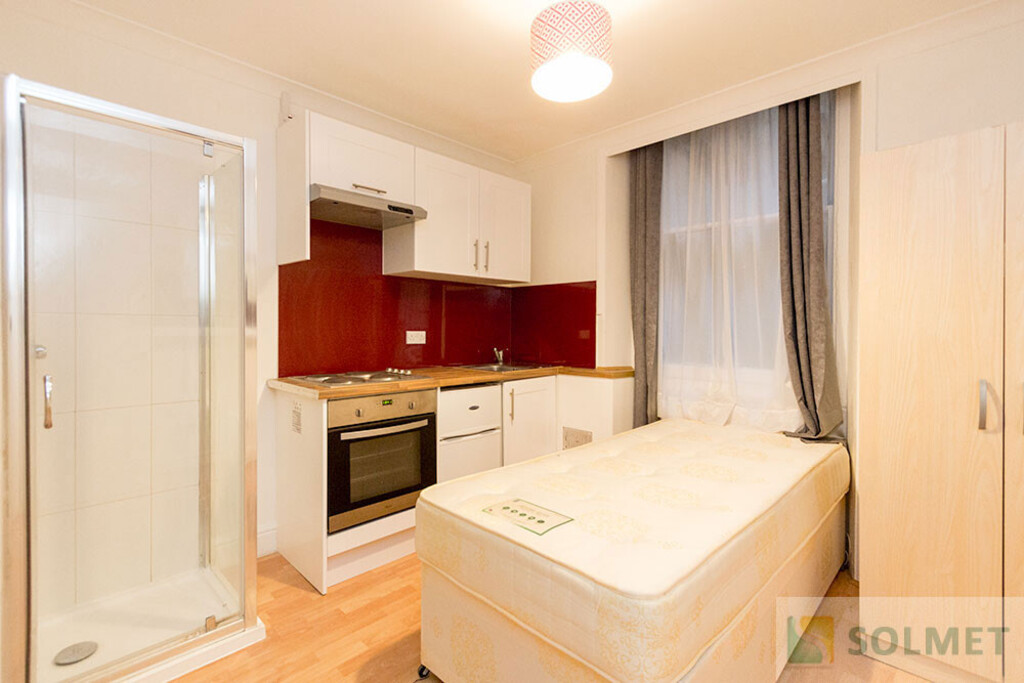 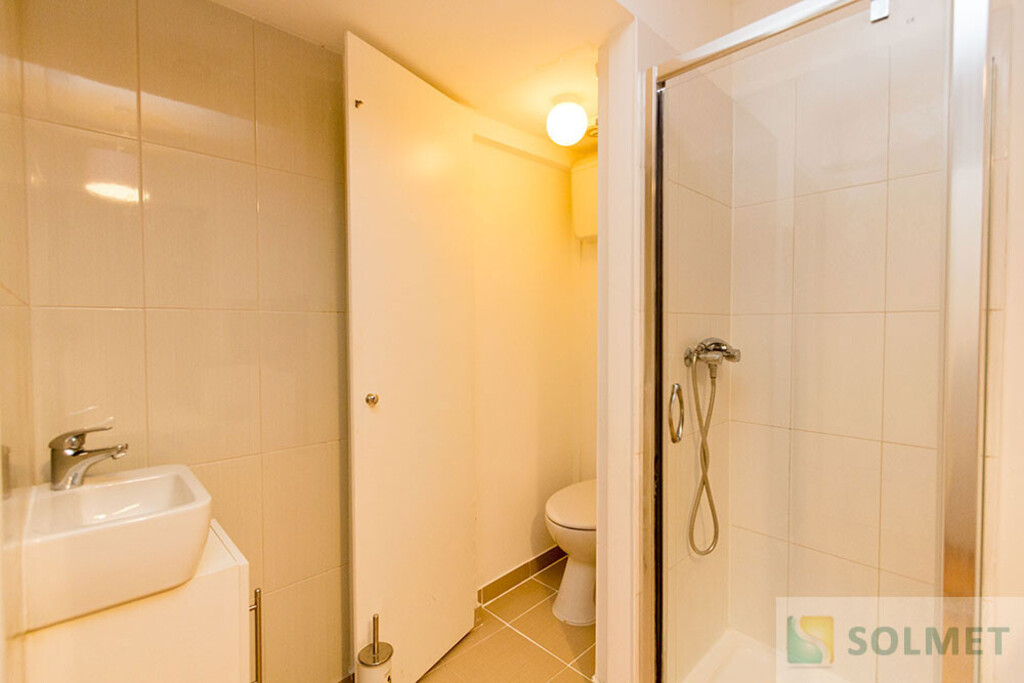 Prices for flat rentals in London have been hit during the pandemic, with prices dropping by up to a third in 12 months.

Expensive areas like Notting Hill have been particularly hard hit – because the appeal of being so central is limited when in a lockdown.

Matt Hutchinson, director at SpareRoom, said: "It’s generally the most expensive neighbourhoods that are worst affected.

"With so many young renters leaving the Capital, either to find cheaper rents, to move with family, or to leave the UK altogether, it's hard to know when, or even if, London will regain the appeal it had before the pandemic."