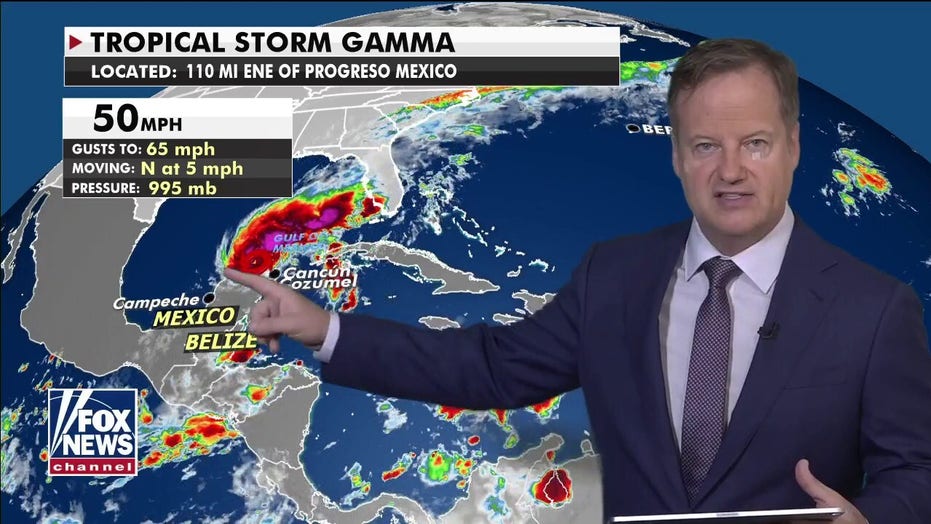 Rick Reichmuth has your FoxCast.

A slow-moving Tropical Storm Gamma meandered off Mexico's Yucatan Peninsula on Sunday, bringing the threat of flooding rains across the region.

The National Hurricane Center (NHC) in Miami said as of 8 a.m. EDT, the storm had maximum sustained winds of 50 mph and was located about 110 miles east-northeast of Progreso, Mexico, moving north at 4 mph.

"Even though Gamma is offshore, tropical storm conditions will continue across portions of the Yucatan Peninsula today," the NHC said.

TROPICAL STORM GAMMA STRENGTHENS AS IT MOVES ACROSS GULF OF MEXICO 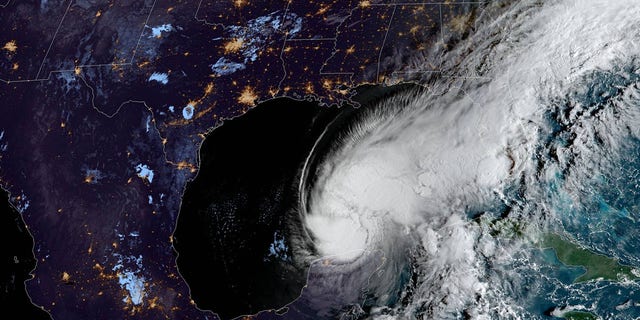 Tropical Storm Gamma can be seen off Mexico’s Yucatan Peninsula on Oct. 4, 2020.
(NOAA/GOES-East)

According to the NHC, Gamma is expected to slow down while moving north, eventually turning to the west or southwest by Sunday night into Monday. The storm is then forecast to meander offshore of the northern Yucatan Peninsula through Monday and Tuesday.

"Gamma is going to head off towards the South, maybe make landfall around area of Bay of Campeche in towards Mexico," Fox News' Chief Meteorologist Rick Reichmuth said on "Fox & Friends Weekend."

Forecasts said that Gamma is expected to bring an additional 2 to 4 inches of rain with isolated amounts up to 6 inches for the northern Yucatan and far western Cuba through Tuesday. Some of the moisture is also heading into Florida, where some areas have seen over 7 inches of rain in recent days.

"This rainfall may prolong or enhance any ongoing flash flooding," the NHC said.

HURRICANE PAULETTE COMES BACK AS A 'ZOMBIE' TROPICAL STORM 'BECAUSE 2020'

As the storm meanders south, up to 12 inches of rain can be expected in the Mexican states of Campeche, Tabasco, northern Chiapas, and southeast Veracruz.

The storm came ashore near Tulum with maximum sustained winds of nearly 70 mph — 4 mph short of hurricane force, according to NHC.

The state's tourism department reported Friday on Twitter that more than 41,000 tourists were present in Quintana Roo, with hotels in Cancun and Cozumel already at more than 30% occupancy.

The storm forced the suspension of sea ferry services between Cancun and Playa del Carmen with the islands of Cozumel and Isla Mujeres.

The 2020 Atlantic hurricane season has broken numerous records, as forecasters in September ran out of traditional names and went to the Greek alphabet for storms Alpha and Beta. 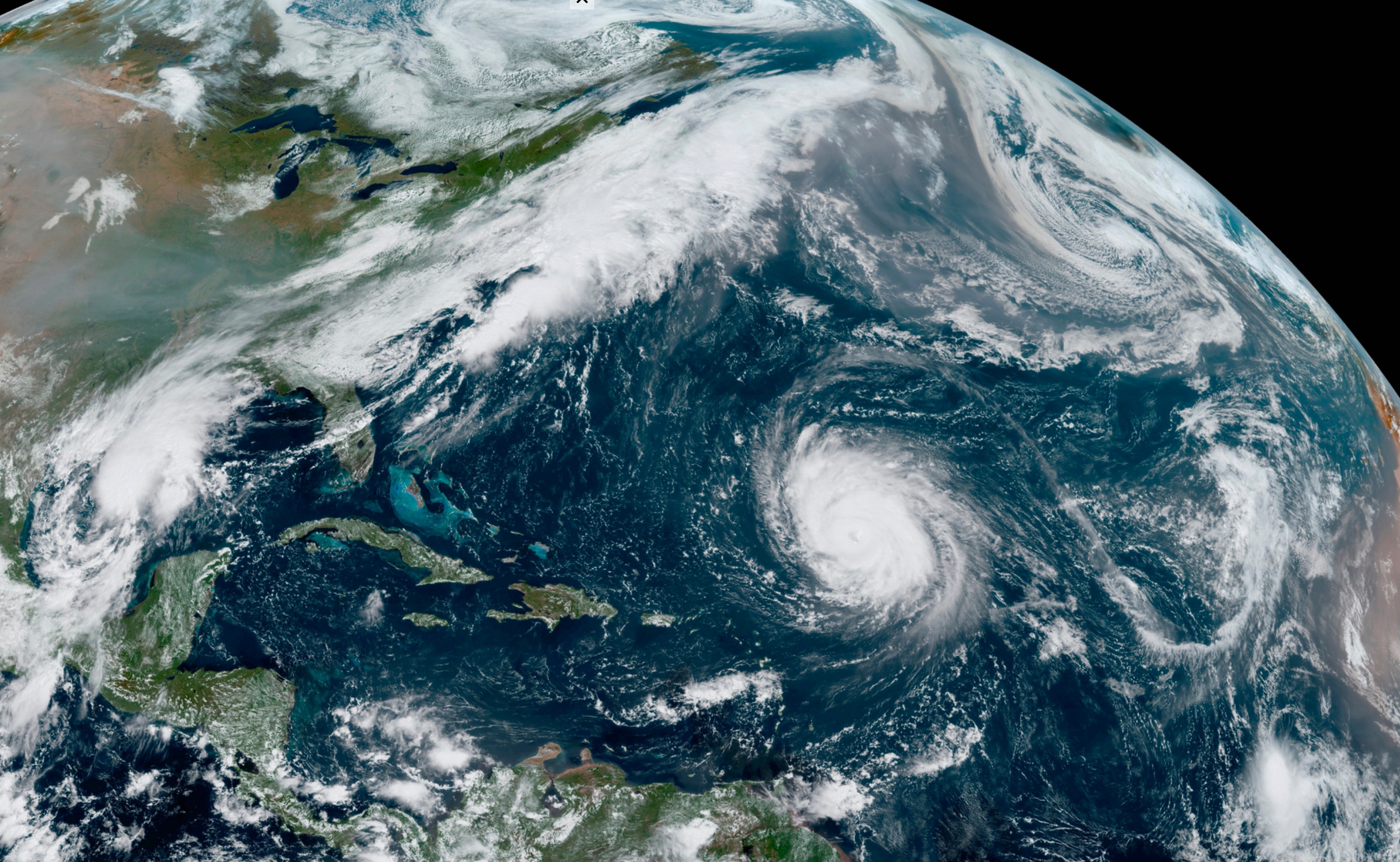 2020 Atlantic hurricane season is running out of names, so what happens next?

That's far above an average year. Based on 1981-to-2010 data, that is 12 named storms, six hurricanes, and three major hurricanes.

Fox News' Peter Aitken and the Associated Press contributed to this report.