A TRUMP fan handed himself in to police on Thursday after he vandalized a $16,700 Pride mural with tire marks as a driver shouted "tear up that gay intersection."

Alexander Jerich, 20, was identified as the driver seen in footage posted to social media creating an intentional "burnout" with his truck on an LGBTQ pride crosswalk in Delray Beach, Florida. 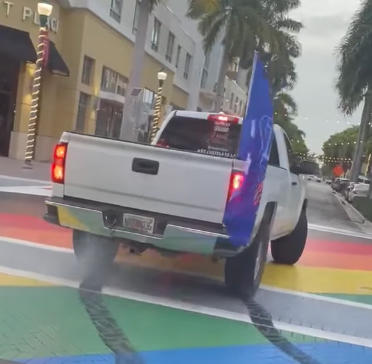 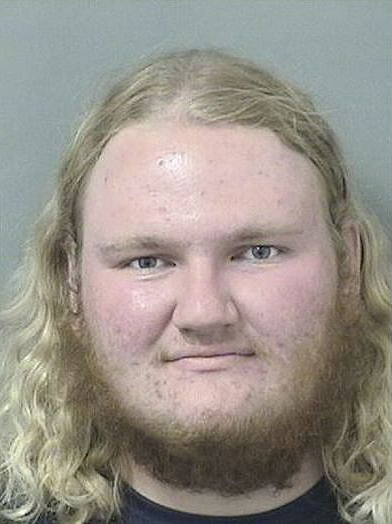 The crosswalk was unveiled last Saturday but by Monday had been defaced by Jerich after he and other Trump fans attended a party in honor of the former president's birthday.

The mural had been dedicated to the victims of the Pulse Nightclub shooting in Orlando five years ago.

Video of the incident shows Jerich's white Chevy flying a blue “all aboard the Trump train” flag as he left 15 feet of skid marks on the mural.

Another vehicle in front of his truck also appeared to have a Trump flag. 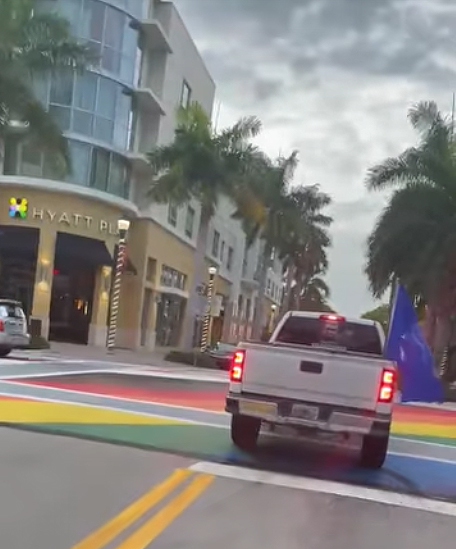 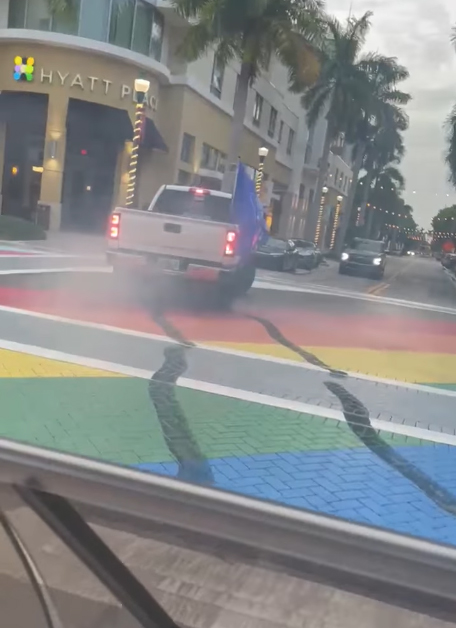 Fox13 reports that police documents claim that Jerich "intentionally accelerated the vehicle in an unreasonable unsafe manner in a short amount of time, commonly referred to as a 'burn out.'

"The Chevy truck continues to recklessly skid sideways, almost hitting the NW curb to the sidewalk in front of the Hyatt hotel," the documents reportedly add.

"It should be noted that this intersection is very pedestrian-friendly, and the Hyatt hotel has an open lounge sitting area on that sidewalk corner, which the truck would have collided into if it would have hit the curb.

"The video shows that the driver willfully drove the vehicle with disregard for the safety of any other persons or property."

The act caused prreparable damage to the mural. 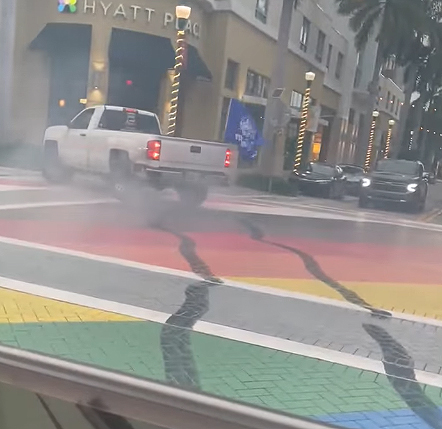 Police were able to identify Jerich as the license plate of the truck was clearly visible in the video.

They identified the owner as John Edward Jerich, 30.

It is not clear what relation he has to Alexander.

A witness had also come forward to say he was driving two vehicles in front of Jerich after the "President Trump Birthday Rally."

The witness, a gay man, claimed he heard a man yell something like "Adam, tear up that gay intersection," Fox13 states.

He later picked Jerich out of a lineup.

"It should be noted that since the act of vandalism, an outcry from the Delray Beach community has occurred to show support against the crime and to rally with the LGBTQ community, through the calls to the DBPD and posts on social media and news media," the police documents note. 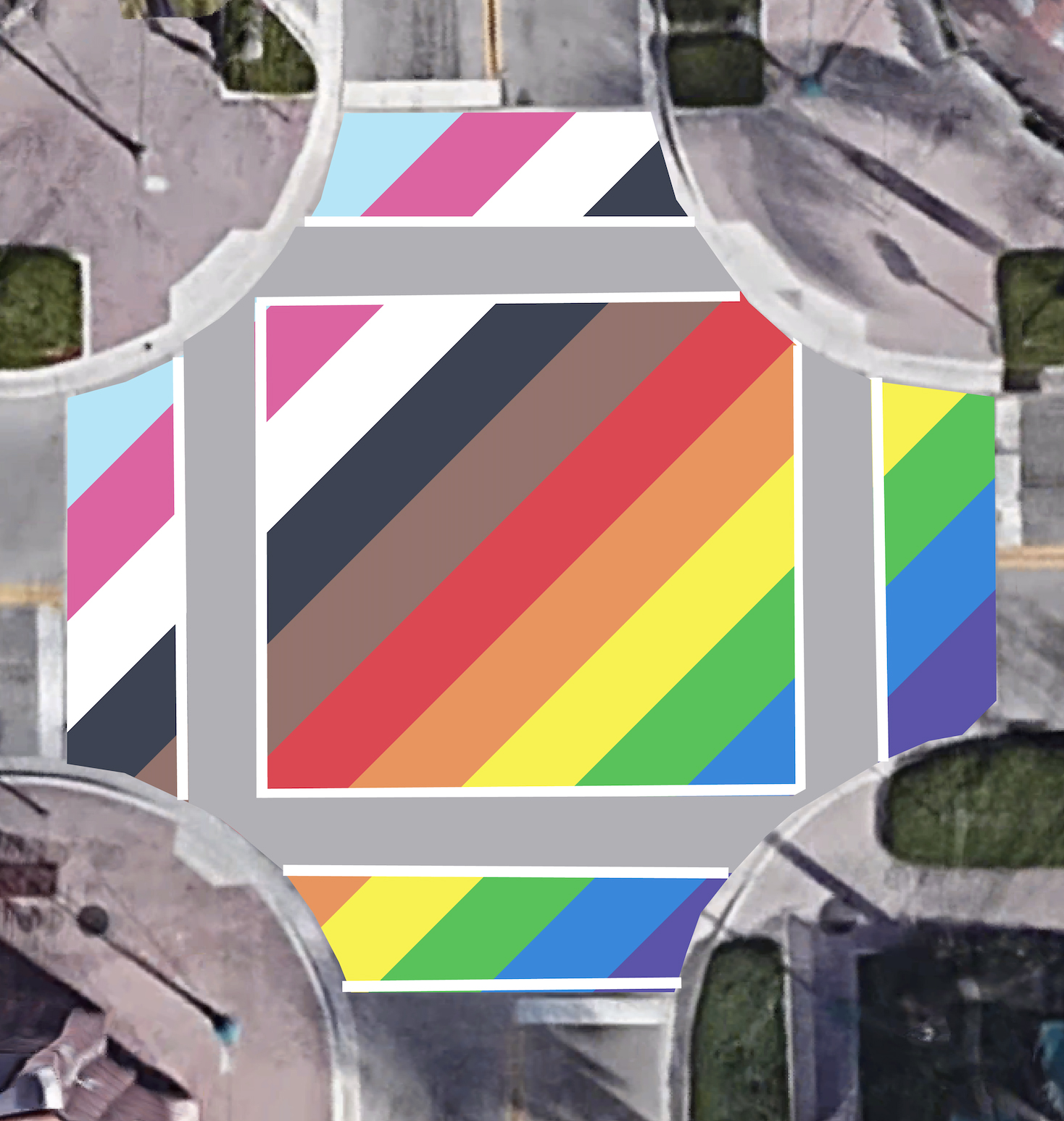 "PBCHRC has requested the charges include defacing a memorial — a recently enacted law which would require this crime to be treated as a felony.

"If convicted of this offense, the perpetrator would be responsible for reimbursing the City of Delray Beach for the cost of repairing the damages in addition the severe penalties for committing a felony."

“I was very happy to hear that an arrest was made,” Claudia Harrison, a spokeswoman for Compass, a Palm Beach County-based community center for the LGBTQ community, told The Sun-Sentinel.

“I was glad to hear Delray Beach Police was taking this seriously and that an arrest was made this quickly.”

Jerich is now charged with is charged with criminal mischief over $1,000, reckless driving, and evidence of prejudice.

He is being held in Palm Beach County Jail.