Trump pardons woman who praised him in convention speech

Washington: US President Donald Trump has pardoned a woman who had praised him the night before at the Republican National Convention. 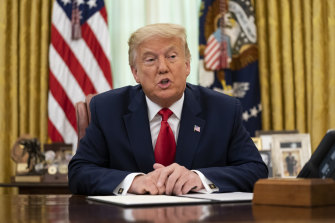 She had been convicted in 1996 on eight criminal counts related to a Memphis-based cocaine trafficking operation. Trump had commuted her life sentence in federal prison in 2018, which allowed her early release.

Unlike a pardon, the commutation did not erase Johnson's conviction — it only ended her sentence.

Trump said Johnson had done an "incredible job" since her release, identifying additional prisoners who could be eligible for early release.

Johnson had spoken at the convention about the power of redemption and praised Trump. 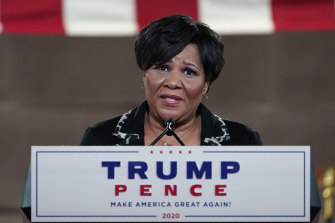 Trump has sought to highlight criminal justice reform leading up to November's election as he reaches out to African American voters.

She said on Thursday that she was free "by the grace of God and the compassion of President Donald John Trump".