PRESIDENT Trump put pressure on the agricultural secretary to get the meatpacking industry back up and running to full capacity after being informed that Wendy's had run out of meat.

In a meeting with Iowa governor Kim Reynolds, Trump was asked by a reporter what his reaction was to Wendy's having run out of beef, due to the COVID-19 pandemic impacting packing plants. 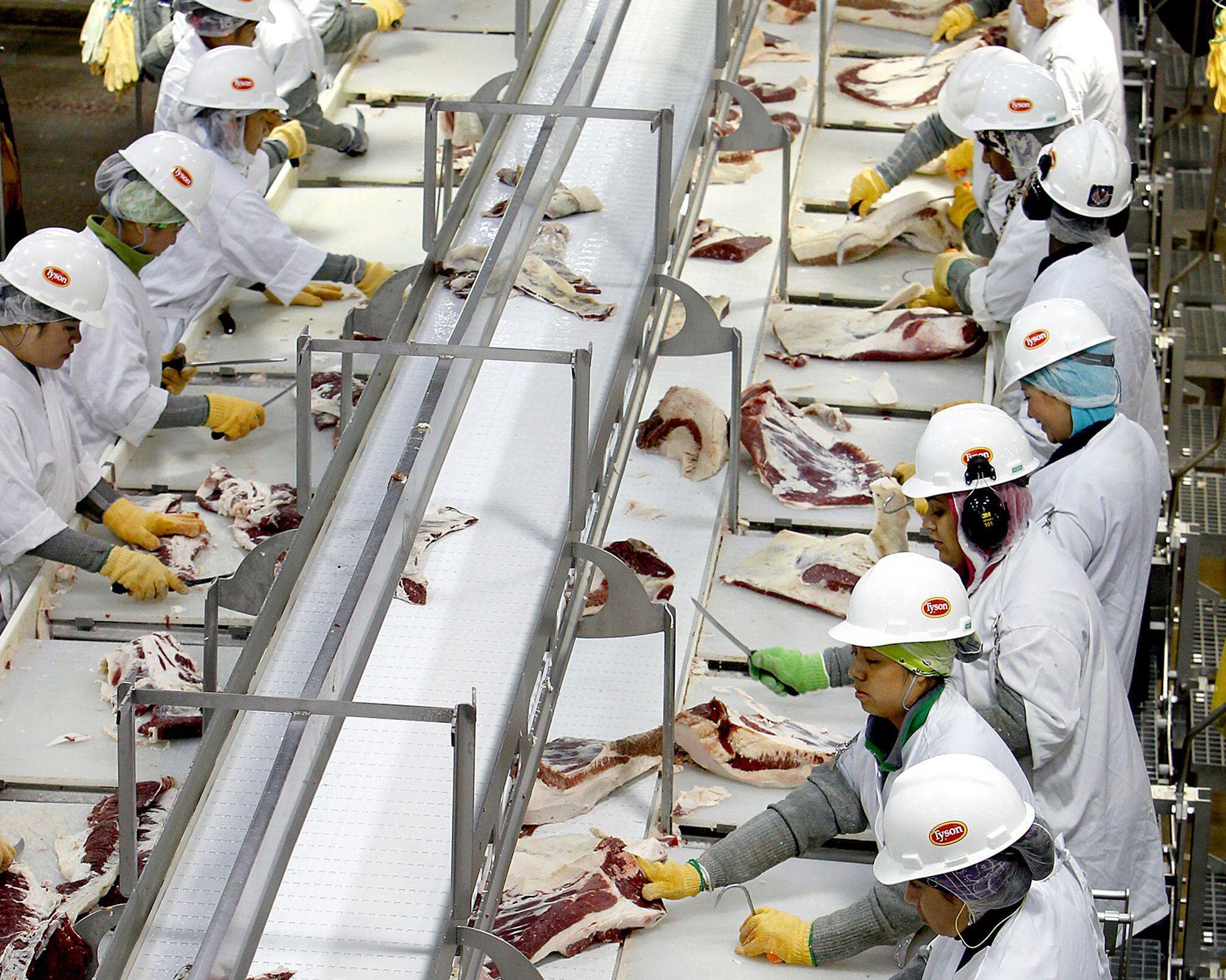 "I'm going to have to call Nelson Peltz," Trump joked, referring to the director of the burger chain. "They're going to be OK. They'll be alright."

He then turned to agriculture secretary Sonny Purdue and told him: "You think in a week and a half everything is going to be good – or sooner? Will you make sure please? You're going to have to push them, push that."

Purdue had said earlier in the discussion that packing plants would be back to full capacity within "a week to 10 days".

Iowa's meat industry has been particularly hard hit by the coronavirus.

On Tuesday, it emerged more than 1,600 employees at four meatpacking plants in the state had tested positive for COVID-19.

At one meat plant in particular, 700 staff have the virus.

The numbers make up almost two thirds of the Tyson Foods workforce.

The news came as authorities last week confirmed nearly 900 workers had the virus at another Tyson Foods plant in Indiana.

"[Companies are] putting in social distancing where they can, separating shifts and lines," Gov Reynolds said during the meeting.

Pence added: "We work with governors to deploy PPE to allow the workforce to safely return [to work].

"In most plants we end up testing everyone in the plant and those who are healthy can return to work.

It comes after John Tyson, board chairman of Tyson Foods warned the food supply chain is breaking, meanwhile a Smithfield Foods plant in Sioux Falls, South Dakota, closed in April after two workers died and 783 others tested positive for the virus and Wendy's, Costco and Krogers limited their supply of beef.

Fast-food lovers were outraged when they spotted only chicken items available on some Wendy's menus, and Grocery warehouse Costco said on Monday it would limit customers to just three packages of meat per shopper.

More than 20 meatpacking plants have closed temporarily after pressure from local authorities — including two of the nation’s largest, one in Iowa and one in South Dakota.

Donald Trump last week issued an executive order for meat processing plants across the country to stay open after growing concerns about the nation’s food supply.

Reynolds, along with both U.S. senators from a state that provides a third of the nation’s pork, sent a letter to the Trump administration  back in April pleading for financial help and assistance with culling animals and properly disposing of their carcasses.

“There are 700,000 pigs across the nation that cannot be processed each week and must be humanely euthanized,” said the April 27 letter.

The U.S. Department of Agriculture (USDA) said last month it is establishing a National Incident Coordination Center to help farmers find markets for their livestock, or euthanize and dispose of animals if necessary.