DONALD Trump said "anarchists have no bounds" after the statue of Black abolitionist icon and former slave Frederick Douglass was torn down.

The President also called out “Democrat run” city officials for their "lack of political leadership" during the Black Lives Matter protests, saying "angry, violent, criminal mobs" are taking over. 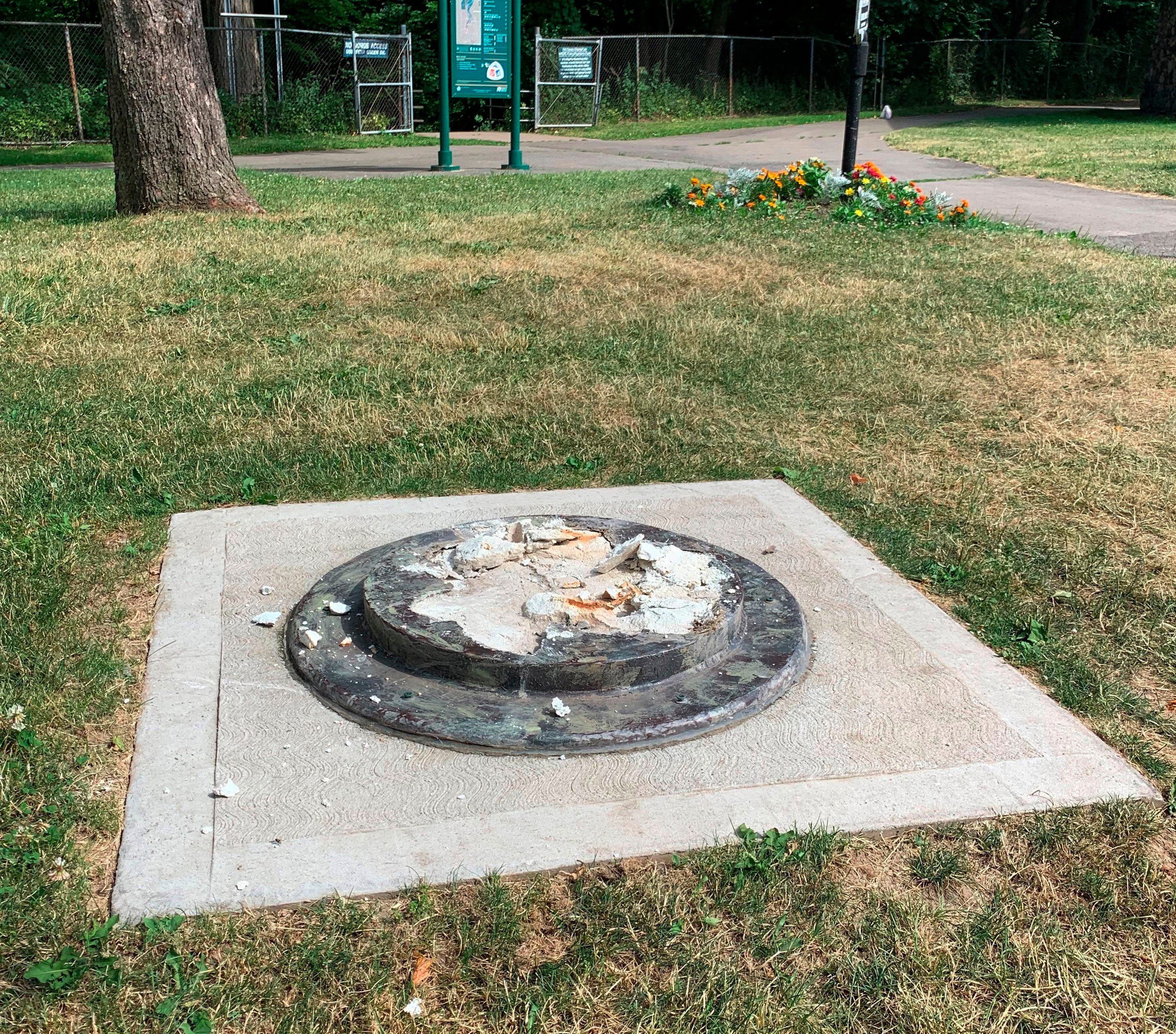 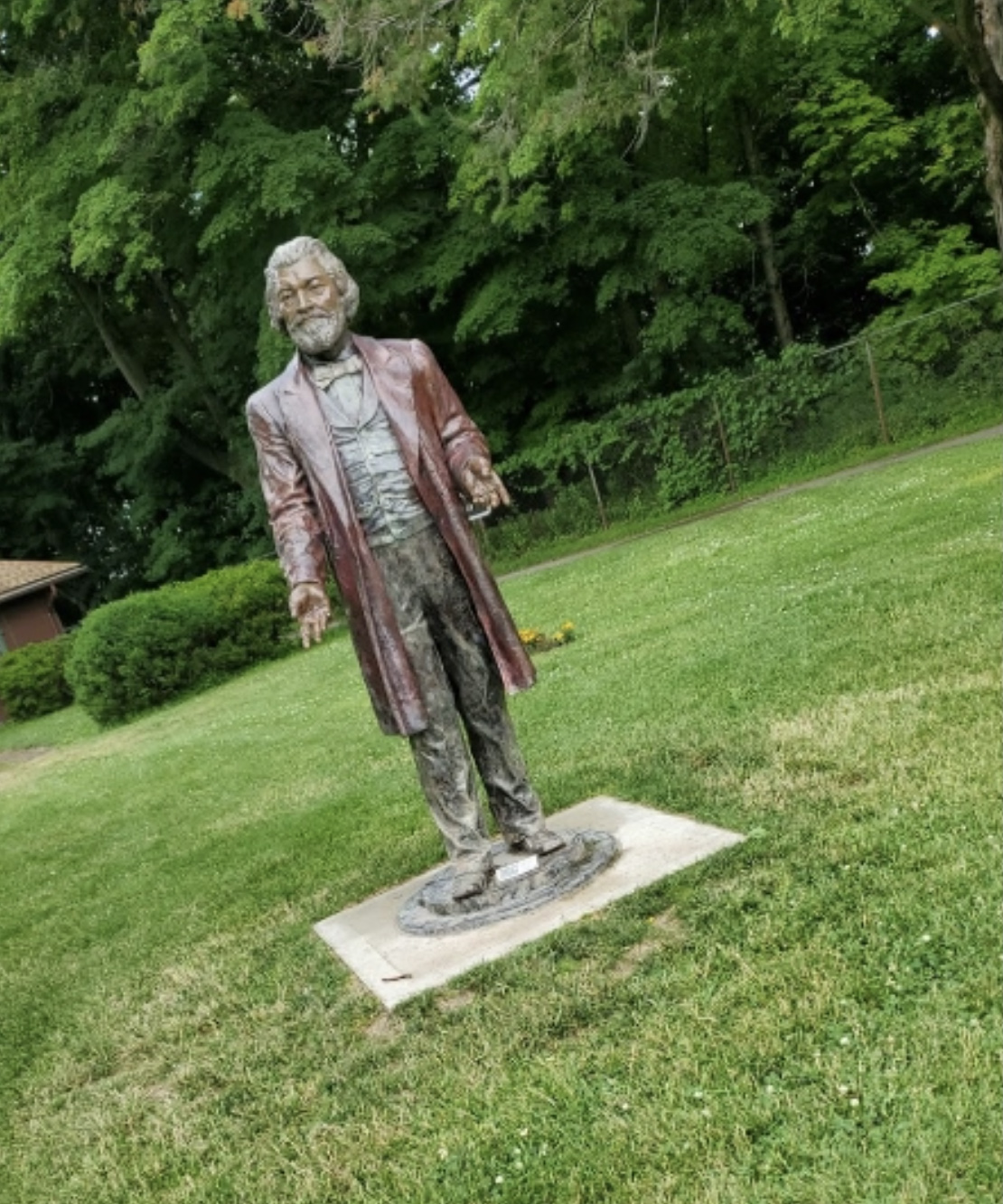 WXXI news reported that the monument of Douglass was ripped off its base in a park in Rochester, New York, and dumped over the fence in Genesee River gorge.

Trump tweeted: "Statue of Frederick Douglass Torn Down in Rochester. This shows that these anarchists have no bounds!"

Cops said that, alongside the damage to the bottom of the statue, one of the fingers on the left hand was damaged.

The outlet reported that the statue was “one of 13 Douglass statues that were placed around Rochester in 2018 in honor of his 200th birthday.” 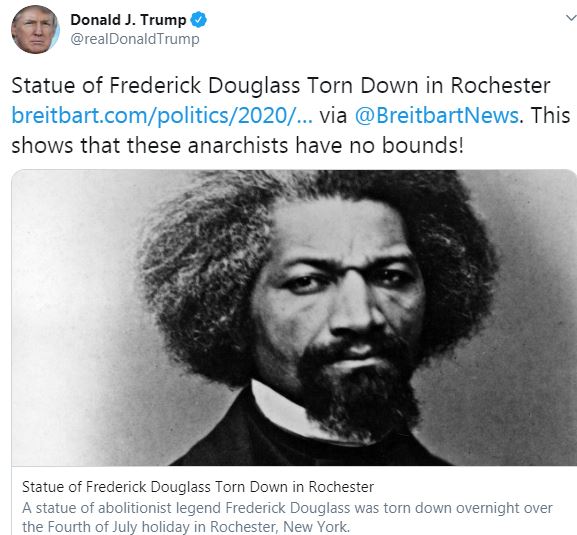 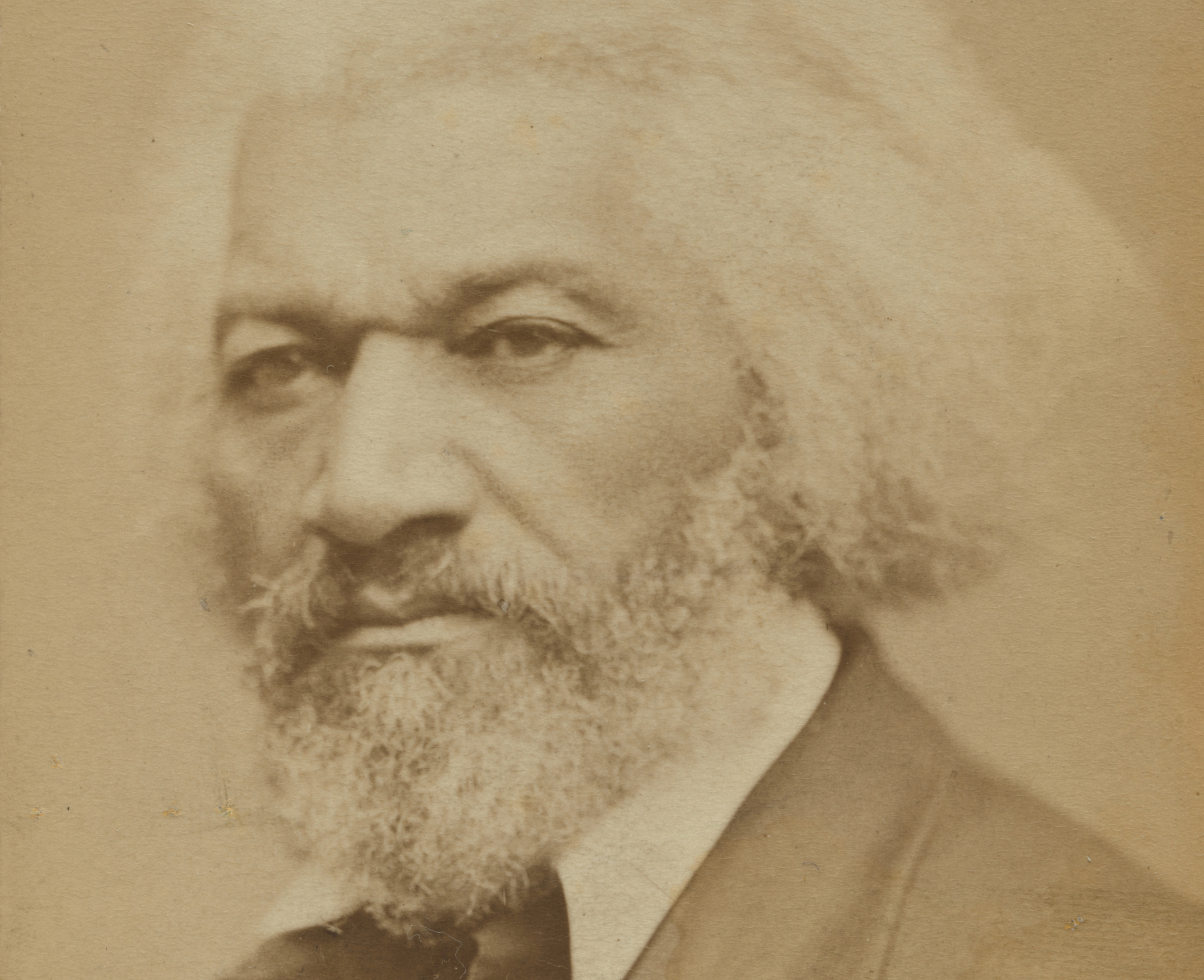 In 2018, one of the statues was vandalized by two teenagers, who said they were drunk when they did it and had no political motive.

There is a historical significance to the timing of the vandalism. The Maplewood Park location includes Kelsey’s Landing, where Douglass, Harriet Tubman and others helped shuttle slaves to safety along the Underground Railroad.

The fact that the vandalism occurred on July 5, the day in 1852 when Douglass gave his What to the Slave is the Fourth of July speech.

Douglass, a former slave, delivered the speech to the Ladies’ Anti-Slavery Society at Corinthian Hall in downtown Rochester.

In his speech, Douglass said Independence Day to a slave is "a day that reveals to him, more than all other days in the year, the gross injustice and cruelty to which he is the constant victim."

"You high independence only reveals the immeasurable distance between us. The blessings in which you, this day, rejoice, are not enjoyed in common. This Fourth July is yours, not mine. You may rejoice. I must mourn," he said.

He told the listeners there and beyond that the country could not lay claim to the purest of ideals while willingly enslaving and oppressing its black citizens.

Douglass escaped slavery in Maryland in 1838 and settled in Rochester for about 30 years.

The African American community chose to celebrate emancipation on July 5 instead of the national holiday, which is why Douglass chose to mark his speech on that day.

Over the weekend, a statue of Christopher Columbus in Connecticut was decapitated. Images showed the statue of Columbus with an American flag and reef in front of it, but with it's head taken off.

In Baltimore, protester pulled down a statue of Columbus and threw it into the city's Inner Harbor, as rebel's cheered when the statue fell over and when it was flung into the water.