President Trump tweeted Saturday that it was a ‘good idea!’ to form a second coronavirus taskforce to ready a plan to reopen the American economy.

‘I think we need a 2nd task force assembled at the direction of POTUS to look ahead to reopening of the economy,’ Perino wrote. ‘Made up of a nonpartisan/bipartisan mix of experts across industry sectors, so that we have their recommendations & plan – let 1st taskforce focus on crisis at the moment.’ 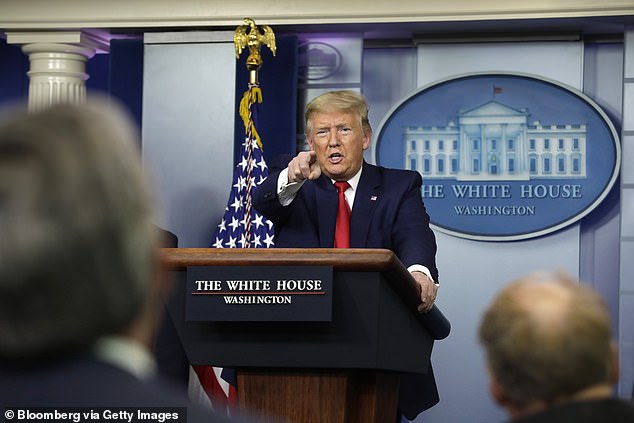 President Trump signaled support for the creation of a second coronavirus taskforce to ready a plan on how the U.S. could start reopening businesses once the public health crisis from the virus passes 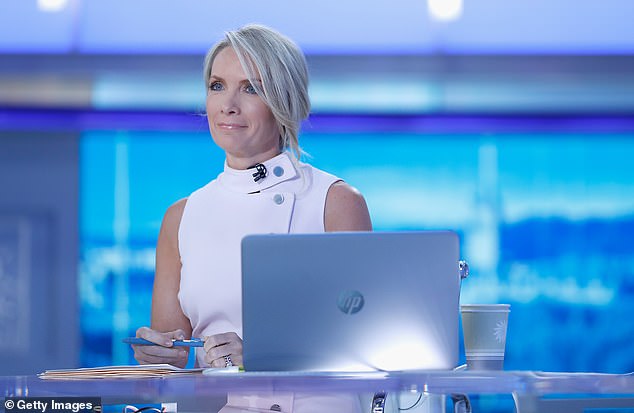 The suggestion was made by Fox News Channel host Dana Perino, who served as White House press secretary under President George W. Bush

Perino’s suggestion – to prepare a plan, but wait for the health crisis to subside to implement it – seems to split the difference between what Trump’s medical experts are telling the president and what his favorite Fox News pundits are saying on TV.

Before announcing that decision, Trump looked close to trying to rush open the economy, even giving an initial open date of Easter Sunday.

‘WE CANNOT LET THE CURE BE WORSE THAN THE PROBLEM ITSELF,’ he said in a March 22 tweet.

But medical experts including coronavirus taskforce members Drs. Anthony Fauci and Deborah Birx got through to the president that prematurely scratching the social distancing guidelines could potentially mean more than two million Americans dead on his watch.

‘Think of the number: 2.2 – potentially 2.2 million people if we did nothing. If we didn’t do the distancing, if we didn’t do all of the things that we’re doing,’ Trump said Sunday in the Rose Garden.

But Fox News Channel’s slate of pundits have still openly questioned whether the stay at home orders – which have shutdown non-essential businesses in 42 states – are smart policy when looking at them through an economic lens.

Tucker Carlson, for instance, questioned on Thursday night what might have happened if the U.S. had adopted what he called a ‘more conventional response’ to the coronavirus epidemic.

‘What if we’d asked the elderly and immunocompromised and anyone else facing statistically higher rates of risk to stay inside, cloistered away? And then at the same time allow the rest of the population to use informed common sense and continue to work?’ Carlson mused.

He continued, ‘What if we’d done that a month ago? Would the death rate today be much higher than it is now? Maybe, maybe not. We don’t know.’

‘But it’s clearly a conversation we should’ve had before we locked the entire country down and put 10 million people out of work,’ Carlson said. ‘But we didn’t have that conversation. Instead, we outsourced the decision to public health officials.’

And doubts over the benefit of shutting down the economy trickled their way to the more newsy Fox News Channel programs as well.

On ‘Fox & Friends’ co-host Brian Kilmeade suggested that he believed there might have been a better way to handle the virus in the context of the economy.

‘This is a self-inflicted wound,’ he complained. ‘It’s a slow-motion car wreck that we brought on ourselves.’