Trump supporters and QAnon believers gathered in Oregon City Monday to join in a pro-Trump vehicle rally barely a week after a far-right group member was fatally shot during a previous Trump caravan passing through Portland. 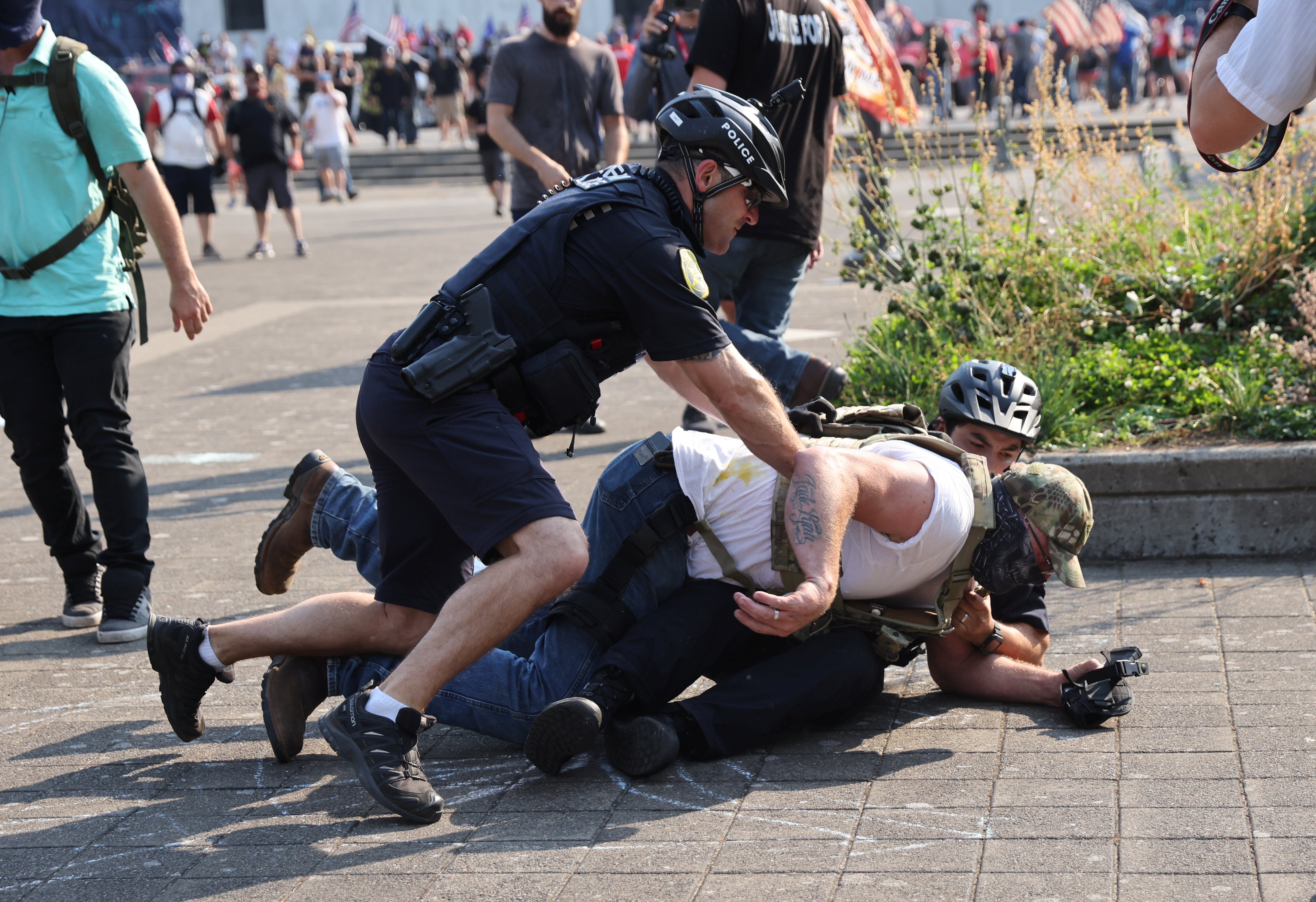 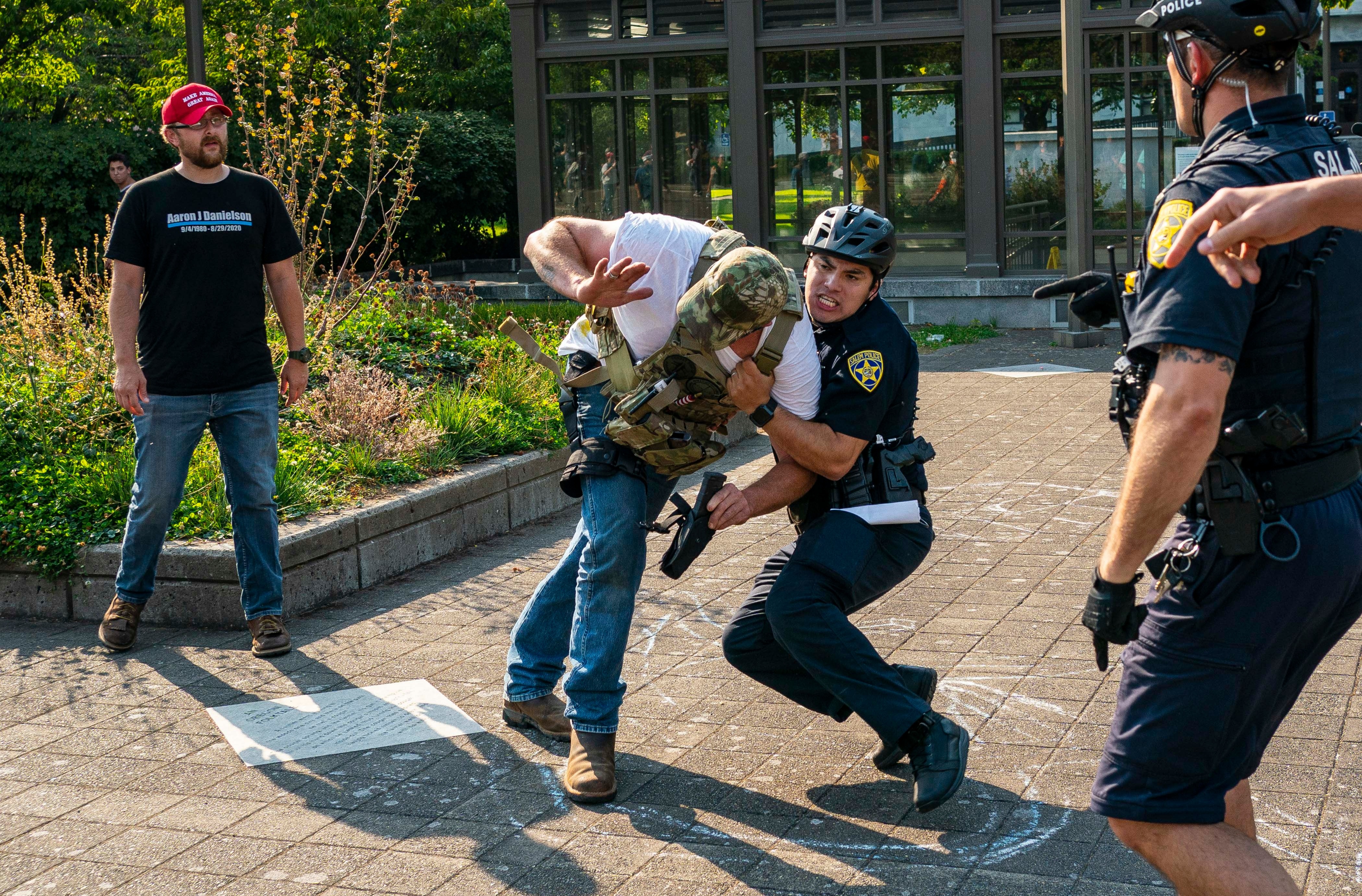 The vehicle rally met at noon at Clackamas Community College in Oregon City, about half an hour south of Portland. Trucks, largely decked out in camo, arrived at the rally, where people waved flags in support of the president, police and the QAnon conspiracy group.

After spending some time at the college, the rally's organizers, publicized on Facebook as an "Oregon for Trump" group, said they would drive towards Salem, the capital of Oregon. They also vowed not to enter Multnomah County, where Portland is located, just 20 miles north of Oregon City.

Most people left the caravan at that point, while some members of the right-wing group the Proud Boys carried onto Salem.

When they arrived, they had found a small group of pro-Trump supporters already gathered. They then stormed a smaller group of Black Lives Matter counter-protestors and fired paintballs at them. 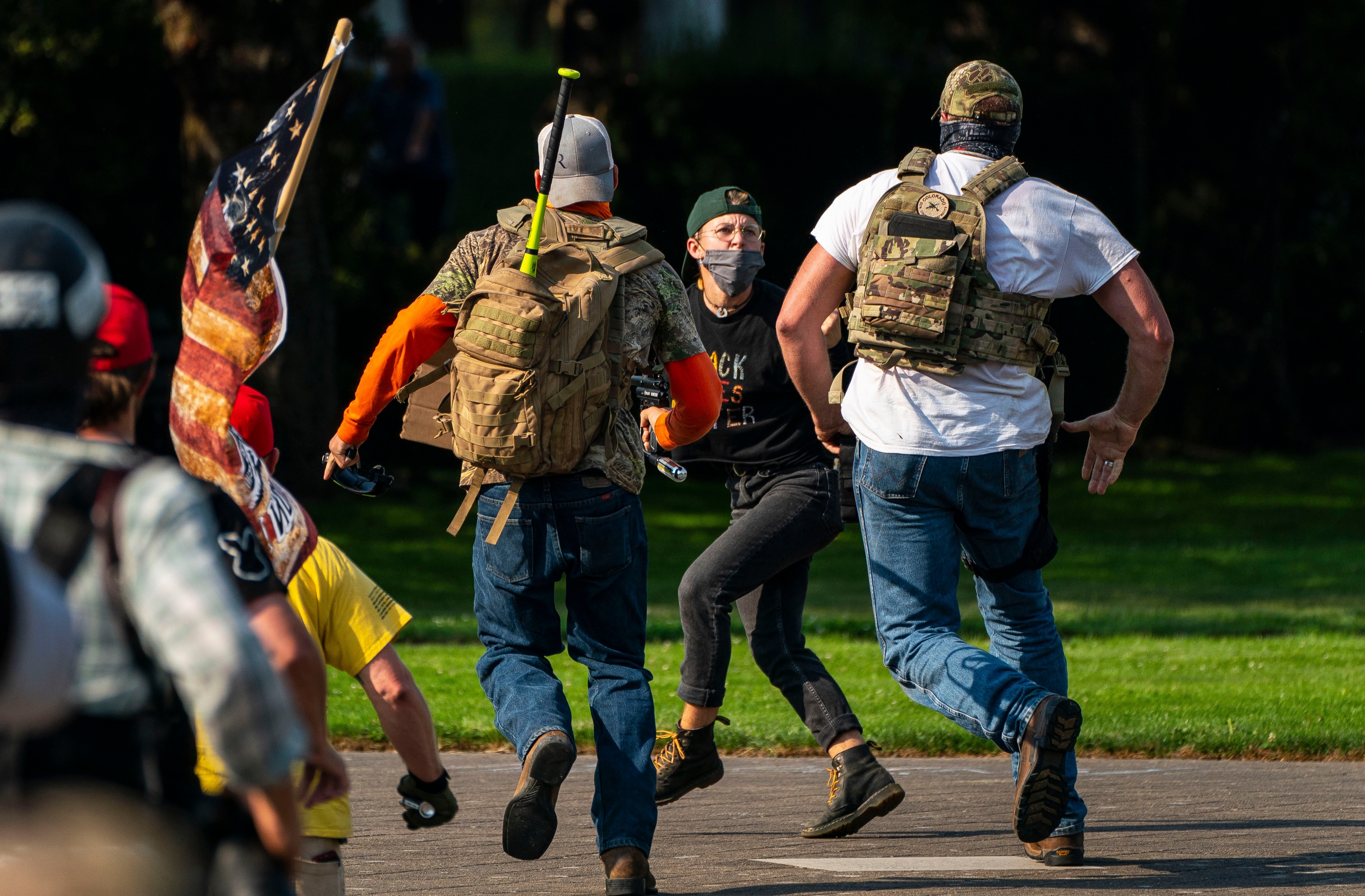 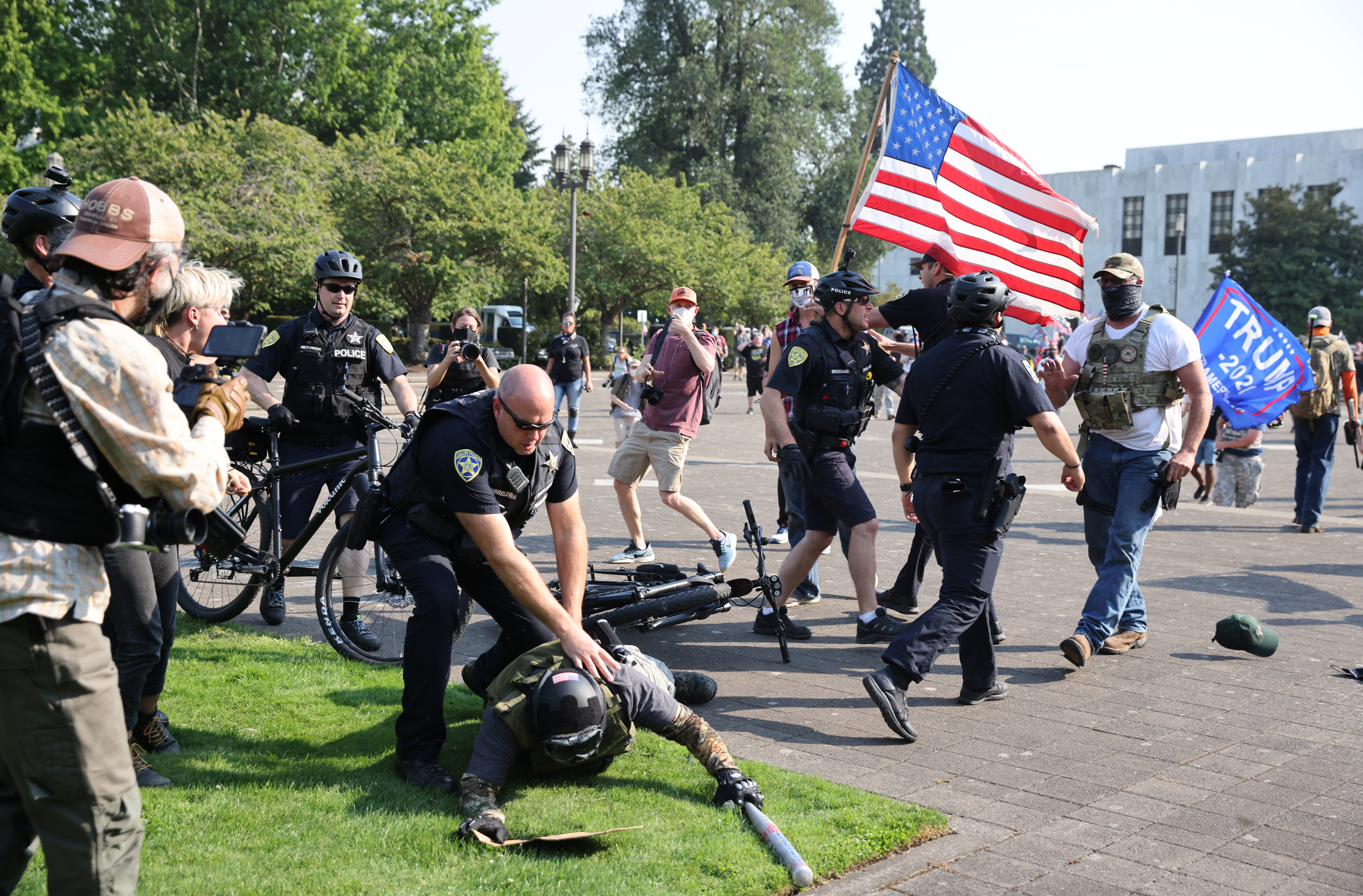 Police attempted to stop the chaos by pushing some right-wing protesters off of the Black Lives Matter protesters. Police even arrested several right-wing demonstrators.

The Black Lives Matter group dispersed once police arrived at the scene.

The caravan came barely a week after Aaron "Jay" Danielson, a supporter of the right-wing group Patriot Prayer, was killed in a pro-Trump caravan in Portland on August 29. In both the Labor Day and August 29 caravans, Trump supporters shot paintballs at counter-protestors.

Police fatally shot Michael Forest Reinoehl, who is suspected to have shot and killed Danielson, on September 3. Reinoehl was a member of Antifa, a far-left leaning militant group.

Protests in Portland have surpassed the 100-day mark recently as Black Lives Matter protesters urge for police reform in the wake of George Floyd's May death in Minneapolis.

This weekend, Portland police arrested 15 people, mostly from the Portland area but others from California, Washington, and Arizona, for allegedly setting a fire outside a police precinct in the city's north side.

Police warned protesters not to enter precinct property as they would be trespassing and subject to arrest. However, protesters were heard chanting "burn it down" and some in the group lit a mattress on fire.