Britons are experiencing vivid dreams thanks to ‘longer and deeper’ sleep amid the nationwide coronavirus lockdown, experts have revealed.

Around 62 per cent of Britons are sleeping just as well or better than they were on March 23, when Prime Minister Boris Johnson announced strict measures banning Britons from leaving the house unless buying essentials or doing daily exercise.

The study, undertaken by researchers at King’s College London and Ipsos Mori, also found just over a third of the 2,300 respondents have experienced less sleep and reckless nights, the Sunday Times reported.

These sleepless nights were in many cases caused by anxiety over finances, according to Professor Bobby Duffy, director of the Policy Institute at King’s College. 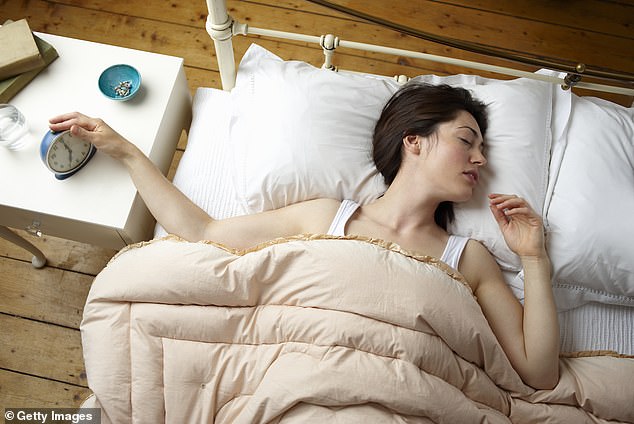 Russell Foster, the director of the Sleep and Circadian Neuroscience Institute in Oxford, added he has received reports of people having unusually vivid dreams amid the coronavirus crisis.

‘Most workers do not get enough sleep in our busy 24/7 society, which means most of us are usually sleep deprived,’ he said. ‘It is interesting that may now be being reversed.’

‘Many of us now seem to be populating our dreams with images from the current crisis, like Boris being infected.

‘Because we’re sleeping longer and more deeply, we are having more vivid dreams and remembering them better.’ 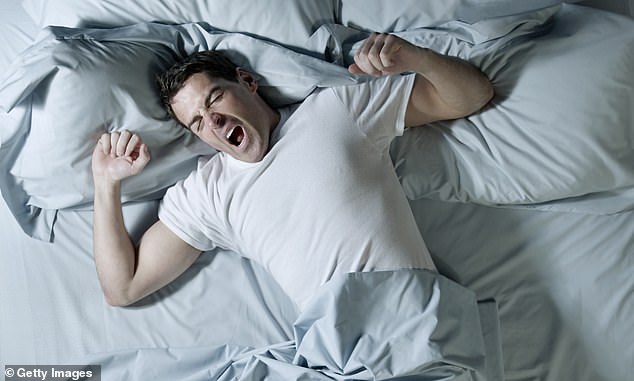 Russell Foster, the director of the Sleep and Circadian Neuroscience Institute in Oxford, said he has received reports of people having unusually vivid dreams amid the coronavirus crisis (stock image)

Kameron McIntyre, who is from Ireland but lives in London, told Sky News he gets ‘this feeling that I haven’t even slept’ and that he’s ‘gone through something turbulent mentally’ in the morning.

The 27-year-old, who was recently furloughed from his job at a skincare brand, added: ‘I feel exhausted, literally exhausted, I’ve literally no motivation to do anything.

‘Some of the dreams I’ve been having recently are very vivid… I had a dream all my relatives died and I think my big concern about that is that I’m stuck over here.’

WHEN DO DREAMS OCCUR?

There are two basis types of sleep: rapid eye movement (or REM) sleep and non-REM sleep.

Each is linked to specific brain waves and neuronal activity – and a person will cycle through all stages of non-REM and REM sleep throughout a typical night.

This is dreamless sleep, and comprises around 80 per cent of a night’s sleep.

During this stage of sleep, the sleeper’s brain waves are typically slow and of high voltage on a electroencephalographic recording.

The breathing and heart rate are also slow and the sleeper is relatively still.

Non-REM sleep is divided into four stages, increasing in depth and leading to REM sleep.

During the third and fourth stages of non-REM sleep, known as slow-wave sleep or delta sleep, the muscles relax and the supply of blood to the muscles increases.

This is when the body repairs and grows tissue.

REM sleep occurs around 90 minutes after falling asleep, and is when most of a sleeper’s dreaming takes place.

In this stage, your eyes move rapidly from side to side behind closed eyelids and brain wave activity becomes closer to that seen in wakefulness.

The final phase of REM sleep may last for up to an hour.

The brain and body may go through changes including: fast and irregular breathing, increases in body temperature and twitching of the face and limbs.

Steph Barker, 26, a cardiac physiologist, added she has also had unusual dreams since the pandemic gathered speed in the UK last month.

‘There was one where I went to see a musical, and then suddenly the main actress got sick and it turned out I was the understudy, but I didn’t know the lines,’ she said.

Others have reported feeling panicked when they find themselves in crowded places, like coffee shops, in their dreams as they are aware of the dangers of coronavirus even in their sleep.

‘I dreamed that we couldn’t record [my podcast] because Covid-19 spread over the airwaves, and if we recorded, we would be risking each other’s lives,’ Alex Scheer, an Ohio music student and the co-host of College Sports Connection, told the Washington Post.

Professor Mark Blagrove, from Swansea University’s Sleep Laboratory, told the BBC’s Newsday programme people may be experiencing more REM sleep – in which most dreams occur – because they ‘are allowed to simply wake up when they want.’

‘What has been studied is that if people are allowed to simply wake up when they want rather than having the constraints of work and alarm clocks getting you out of bed quickly in the morning what can happen is you have more REM sleep during the end of the night and this gets longer and longer, even up to about 40 minutes or so,’ he said.

‘From 80 per cent of rapid eye movement sleep periods we report a dream, and so if people are having longer sleep and are also then able to consider “have I had a dream” when they wake up and don’t need to race around, it’s very plausible that people can then remember more dreams.’

Mr Blagrove added it is likely those working close to the crisis – such as NHS workers – would see the situation appear in their dreams.

‘We would expect this anyway because many studies have shown that people’s emotional lives tends to crop up into their dreams more than the less emotional side of their life,’ he said.

‘If people are going through an emotional episode they does crop up in people’s dreams.

‘We’ve been receiving many reports of this and over the weekend we did a two-hour discussion with people from around the world joining in, in which we had a nurse in quarantine talking about a nightmare she’s now been having a couple of times during lockdown because she’s got Covid-19 herself.’