Two-time rapist and father-of-two, 27, is jailed for 12 years

Father-of-two, 27, who raped two ex-girlfriends after they refused to get back together with him is jailed for 12 years

A father of two who raped two ex-girlfriends after they refused to get back together with him has been jailed for 12 years.

Father of two Prince Chunga, 27, of Radcliffe, near Bury in Greater Manchester, attacked one victim after bumping into her during a night out and then repeatedly raped the other after luring her to his home.

He had earlier rekindled his relationships with both women only to force himself on them in separate assaults a year apart.

After the victims reported the attacks to police, Chunga tried to smear one by lying that she had had made a false rape accusation against another man.

In a statement the first victim told police: ‘What happened that night changed my life. I could not sleep for days. ‘It has affected every single relationship I have had ever since. I do not trust anybody. I used to be confident. But now I’m scared because of what happened to me. 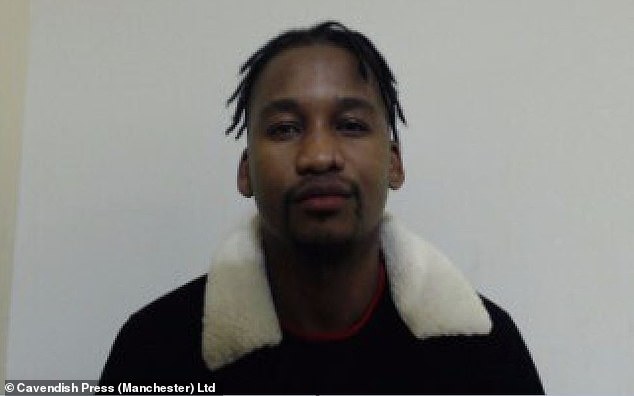 Father of two Prince Chunga (pictured), 27, of Radcliffe, near Bury in Greater Manchester, attacked one victim after bumping into her during a night out and then repeatedly raped the other after luring her to his home

‘When I go out, there has to be two or three people with me because I fear what might happen.’

The second victim said: ‘This has impacted every part of my life. I have less confidence, I do not like being at home by myself at night. When I go out, I want people to be with me.’

At Minshull Street Crown Court in Manchester, Chunga was convicted of rape by a jury.

He denied wrongdoing but Judge John Edwards told him: ‘You displayed breath-taking arrogance and a sense of entitlement.

‘These are two young women, each of whom had a relationship with you and each gave a similar account of their experiences, where you would not take no for an answer.

‘In both cases, you showed a disregard for their wishes. Both these women were forced to indulge you and the fact you chose to go to trial has meant that both these women have had to relive their ordeals.’ 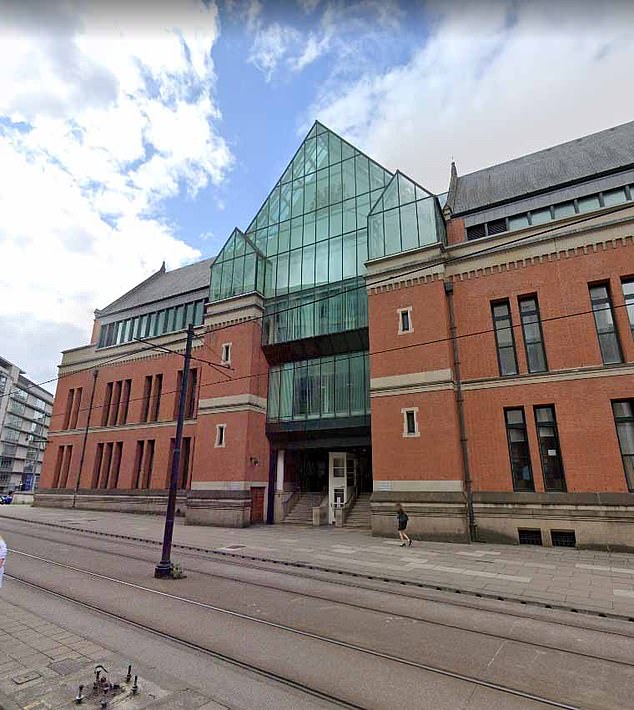 At Minshull Street Crown Court in Manchester, Chunga was convicted of rape by a jury

The court heard Chunga had bumped into the first victim by chance in a bar in March 2019 whilst she was out with a female friend.

Daniel Calder prosecuting said: ‘He was acting in an overtly sexual manner, referring to her as his ”girlfriend”, touching her bottom and making comments about sleeping with her.

‘She told him explicitly: ”No, you’re not gonna sleep with me” and it was obvious she looked uncomfortable.

‘Later at 4am she intended to walk to the nearby taxi rank but the defendant pulled up in his car and beeped his horn and offered her a lift home.

‘When she got in, he asked her where she wanted to go and replied: ”home” which was clearly not the answer he wanted to hear. He told her they were going to a country park and although she repeated that she just wanted to go home, his mind was already made up.’

During the journey the victim told Chunga: ‘I don’t know what you expect but I’m not having sex with you. No, nothing, like zero per cent chance, nothing!.’ But Chunga parked up at Burrs country park near Bury, kissed her and then forced his hands into her underwear, before raping her as she begged him to stop.

He was arrested later but was bailed after claiming the woman had made a false complaint of rape against a friend.

In March last year he targeted a second ex-girlfriend after contacting her and suggesting they meet up.

Mr Calder added: ‘He collected her from her father’s house and took her to his home address, But once inside he seemed in a rush to get her upstairs. He encouraged her to get into the bed, telling her to ‘get comfortable.’ She asked him: ‘why are you being weird but he replied: ‘I’m not.’ ‘He took off his clothes down to his boxer shorts and proceeded to repeatedly rape her, saying he loved her.’

The victim went to police after Chunga dropped her back at her father’s home. He claimed both women consented to sex.

In mitigation defence counsel Soraya Lawrence said: ‘Other girlfriends have spoken of him as being supportive and respectful. He is someone who has been able to have relationships with woman.’

Chunga was also banned from contacting the victims for life under the terms of a lifetime restraining order.