BRITAIN is set for an Arctic blast as temperatures plunge up to 10C bringing snow and thunderstorms and an end to the sunny bank holiday weekend.

Colder temperatures are due to Arctic winds coming in from the North, bringing a sweeping cold front across the nation in a dramatic weather change. 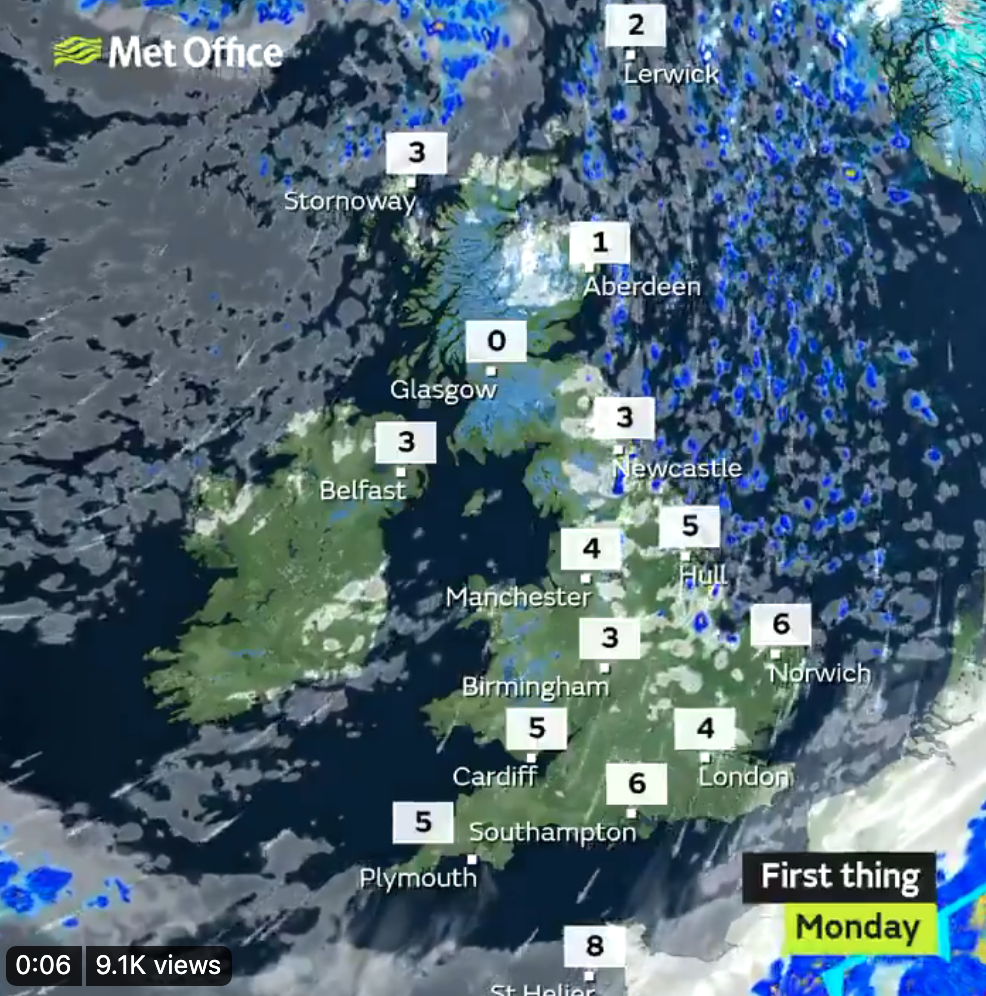 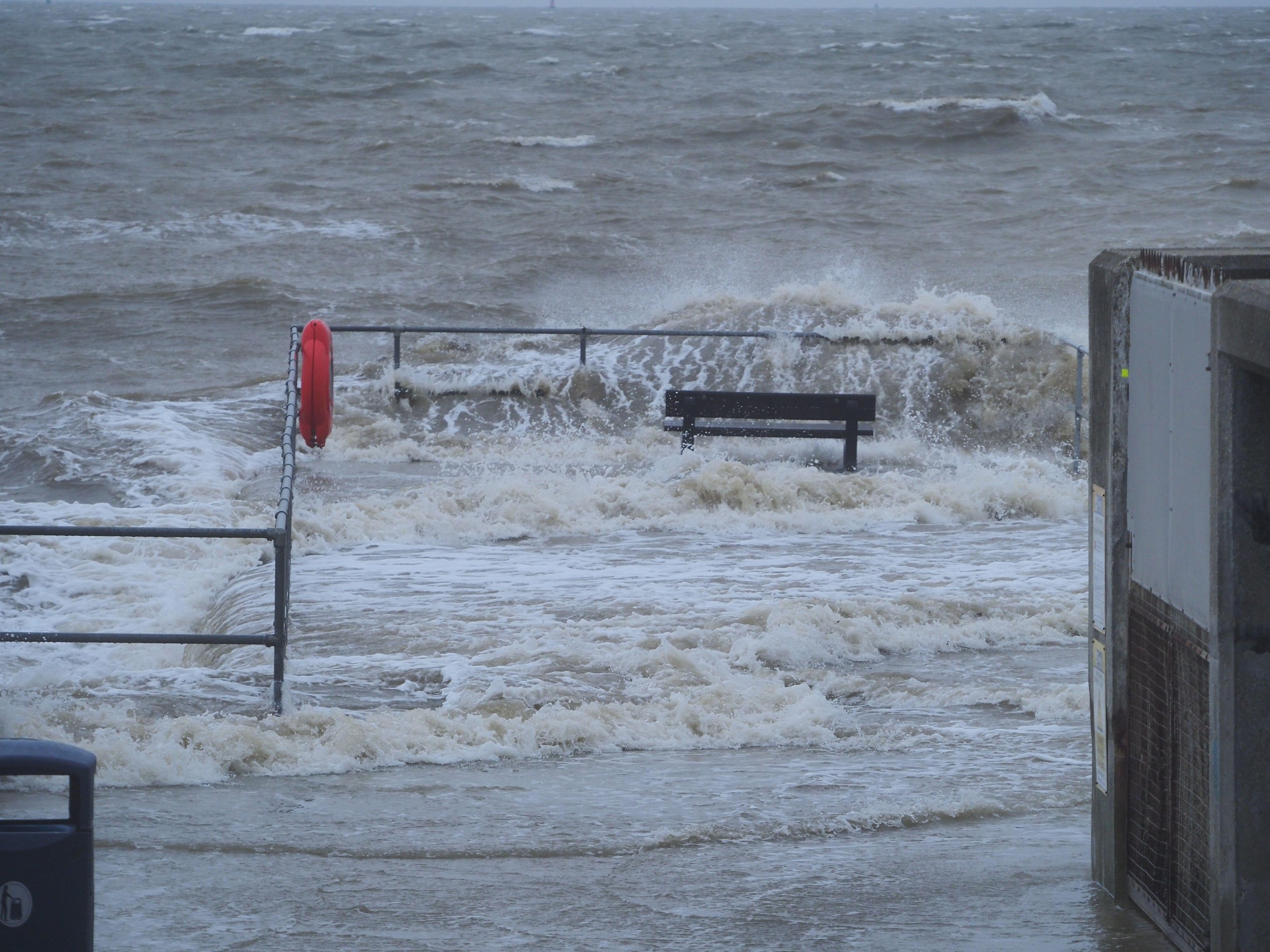 Strong winds and a high tide flood a pavement in Sheerness, Kent, on Sunday 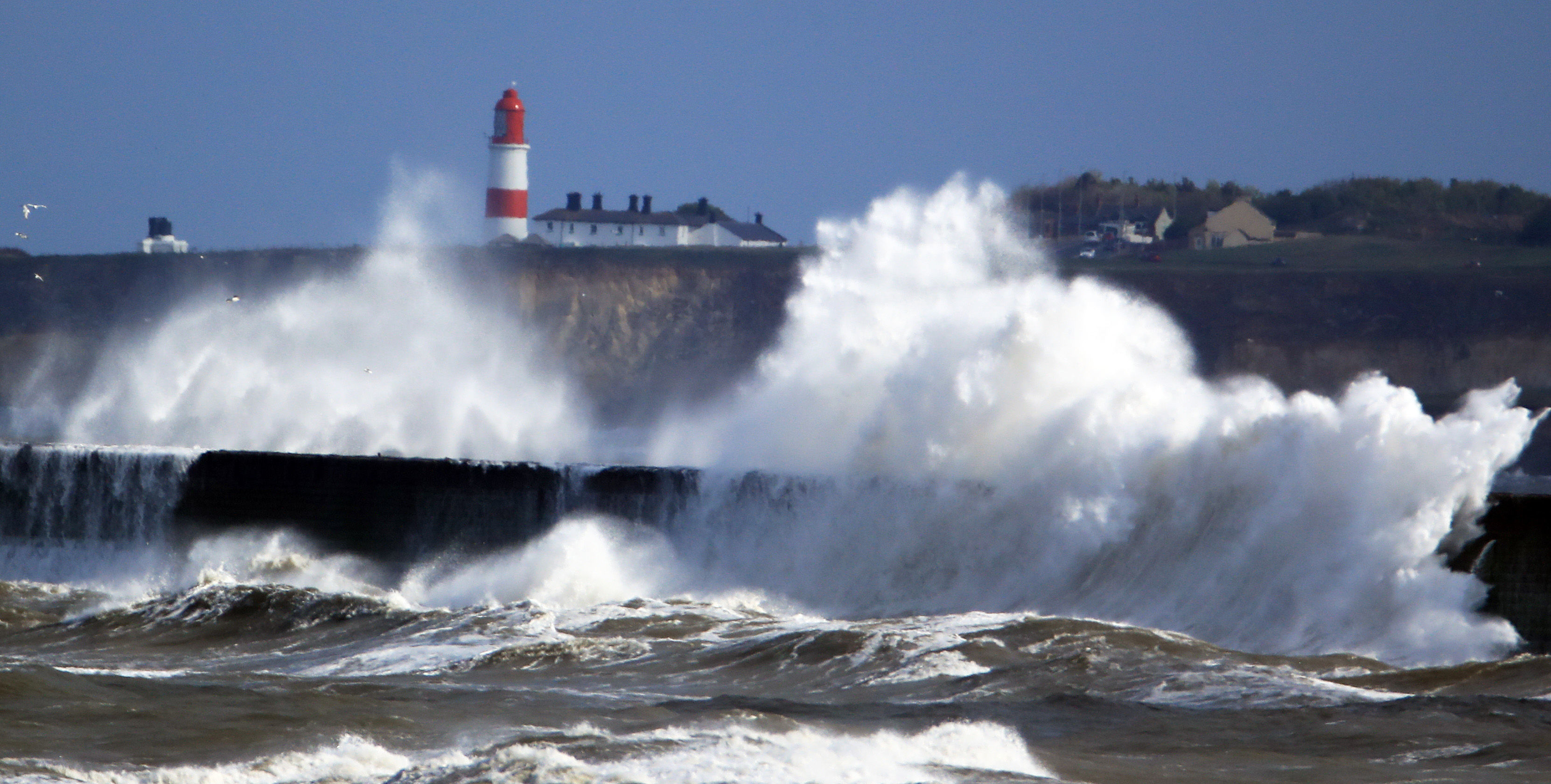 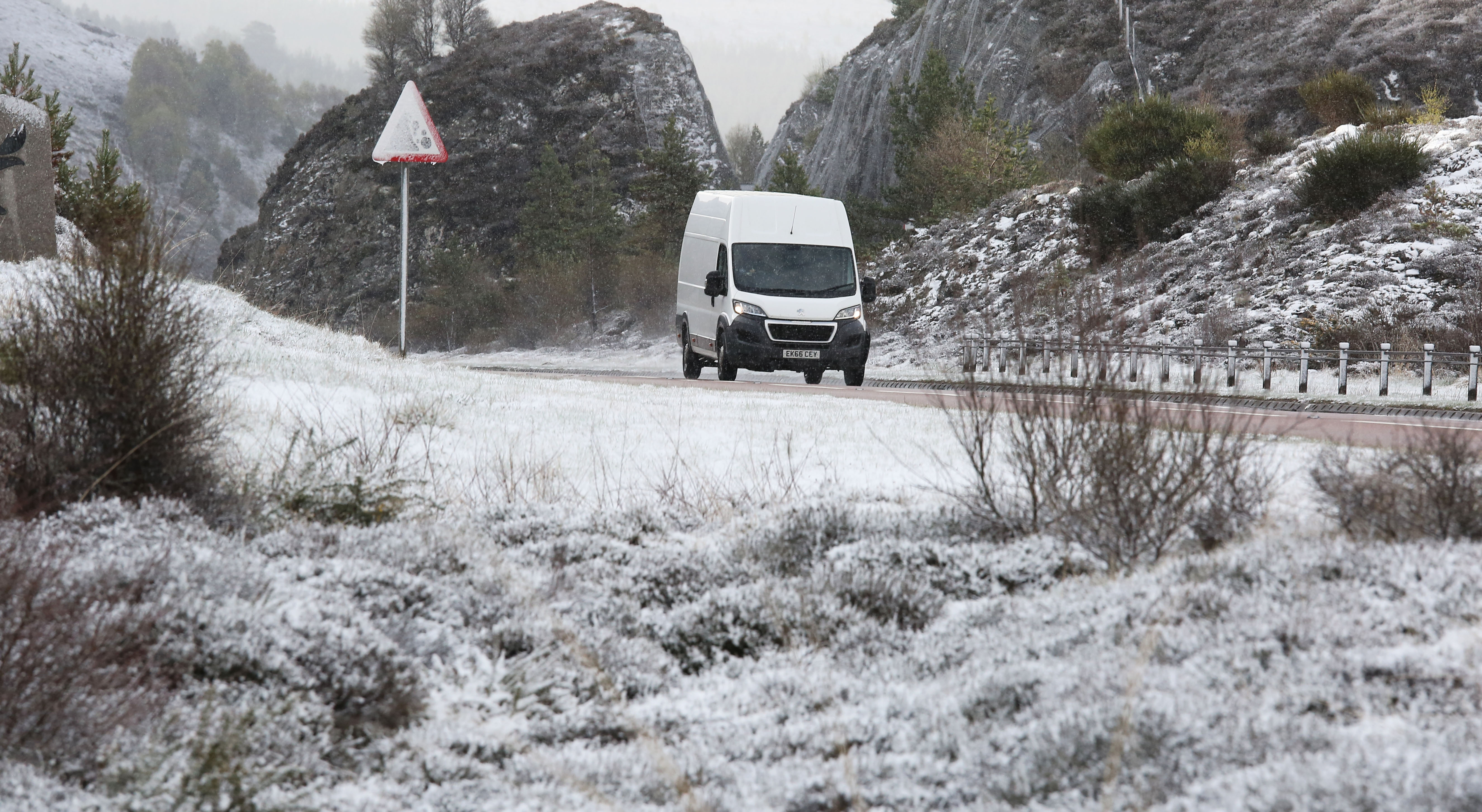 Describing the change in weather set for the week ahead, Met Office forecaster Marco Petagna said: “It's from summer back to winter in 48 hours. Massive temperature changes are forecast."

It will be a temperature shock for Brits who enjoyed some of the hottest temperatures of the year on Saturday as Met Office meteorologist Matthew Box confirmed with Sun Online that the mercury hit a high of 25C.

It's from summer back to winter in 48 hours. Massive temperature changes are forecast.

The balmy conditions tempted cooped-up Brits to flock to beaches and parks over the scorching bank holiday.

But temperatures are set to drop to 12 or 13 degrees over the next few days.

Parts of Scotland have already experienced the sharp drop in temperatures with pictures showing snowfall in the highlands.

Mr Box added: "But what we're seeing is a cold front bringing some cold air from the North down across the country.

"There is over a 10 degree difference in maximum temperatures across parts of Scotland and most of the country because of the cold air." 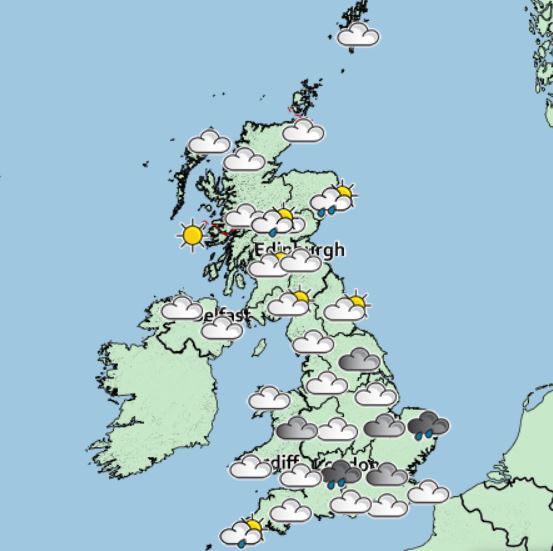 On Monday temperatures will continue to drop with the Arctic maritime air coming down from the North.

The Met Office warned of "reasonably strong winds with gusts of 30 to 40mph and some localised gale gusts in the English channel near the Dover Straits".

The national weather service also tweeted: "The latest satellite radar imagery shows rather a lot of cloud across England and Wales now, bringing some rain in places. It's much brighter further north, but with showers, some wintry!"

At the start of the week, temperatures across the North of the country will drop into single figures of seven to eight degrees.

The Met Office predicts a chilly Monday with "keen, gusty winds in the south" and "scattered showers in the north and east".

Despite the wintry conditions, sunshine is still expected.

However, Met Office forecaster Marco Petagna shared some more positive news, saying: “It warms up from Wednesday with the mid-20s on Friday in the south, then cold Arctic air sweeps south across the UK during the weekend, and could see snow on Scottish mountains.”

The cooler weather comes as Boris Johnson addressed the nation on Sunday evening with plans of how Britain could ease itself out of the coronavirus lockdown. 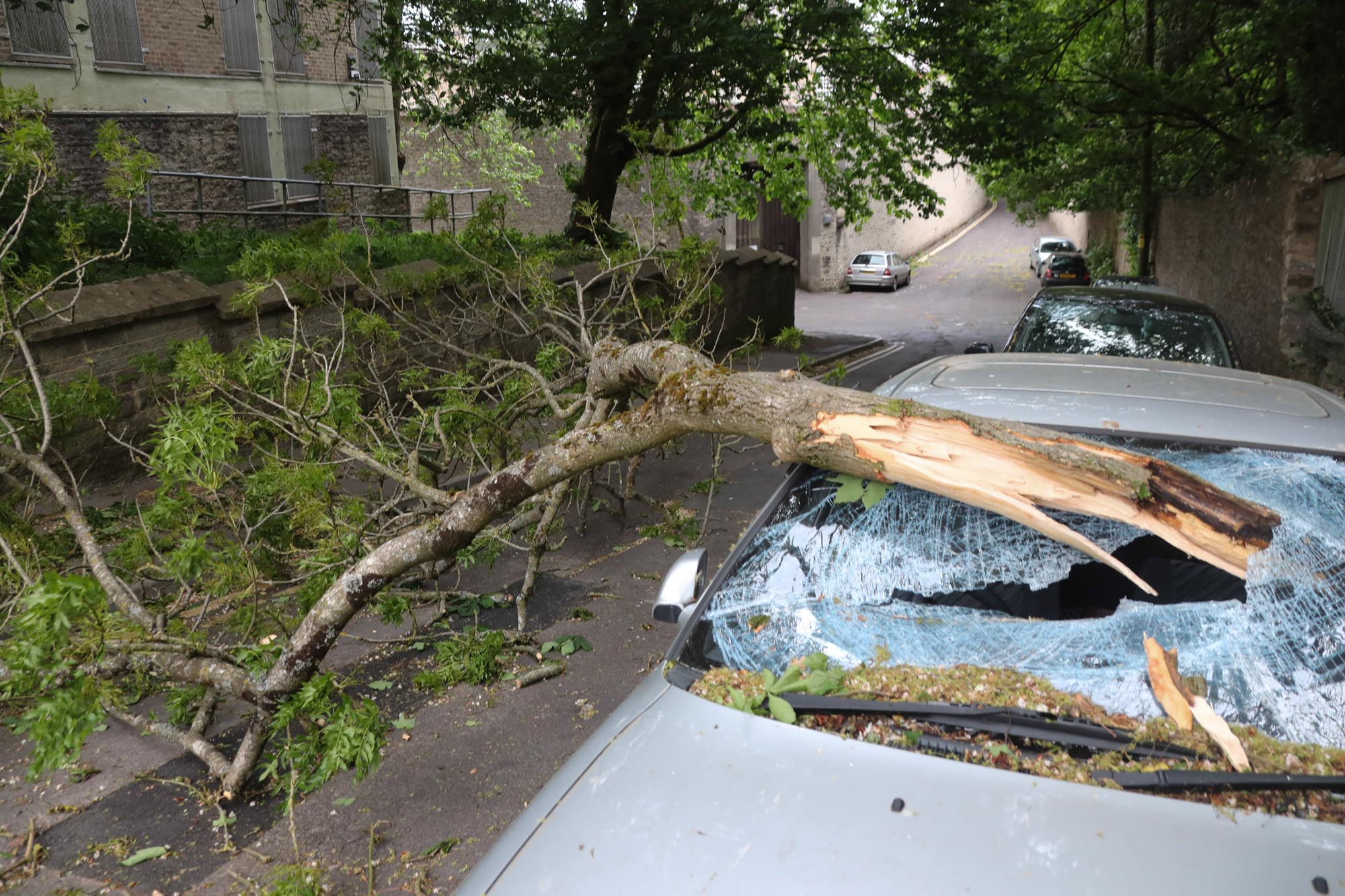 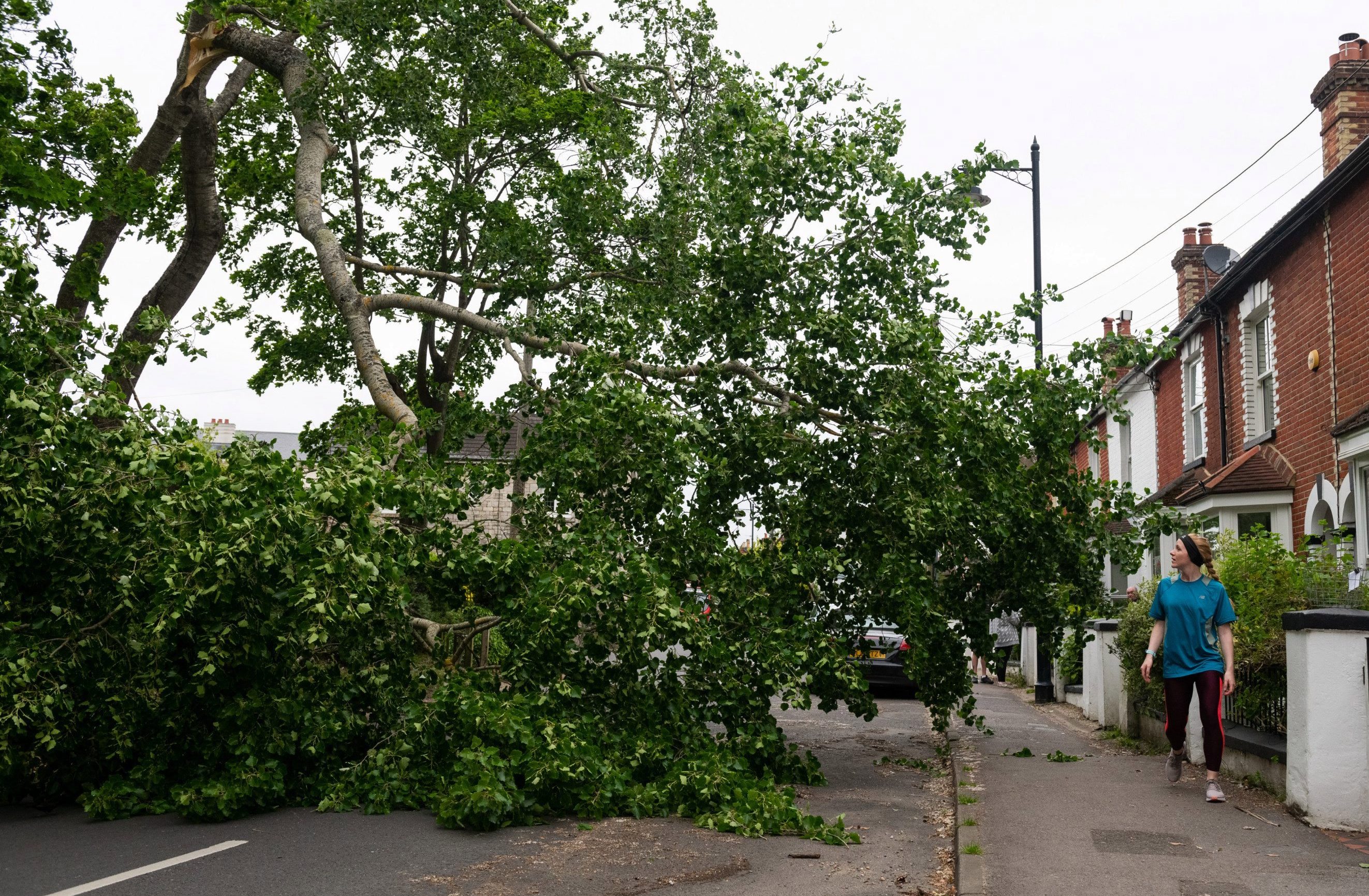 Police yesterday admitted they were fighting a "losing battle" against lockdown rule breakers as Brits packed out parks to bask in the bank holiday heatwave.

MPS Hackney posted a picture of groups of people sunbathing in a park as they revealed some were downing beer and wine and tucking into pizza.

Meanwhile, officers in Brighton were forced to set up a checkpoint to turn drivers away as bored families tried heading to the beach.

Before 11am, cops had issued 12 fines and turned around 19 cars – including one that had travelled 100 miles from Buckinghamshire.

One officer has now slammed the rule breakers after spending a month in a coma when he contracted the disease.

Chief Supt Phil Dolby posted a picture of himself in hospital on Twitter with the caption: "A month ago today, on a ventilator & in a coma, I started to breath for myself!

"I am v disturbed by the increasingly blasé way ppl are treating the lockdown. With lack of answers around immunity, my family & I are going to remain shielding. I can’t go thru that again. #Covid19".

Around 400 fixed penalty notices were dished out by cops in four weeks to April 27 in England and Wales. 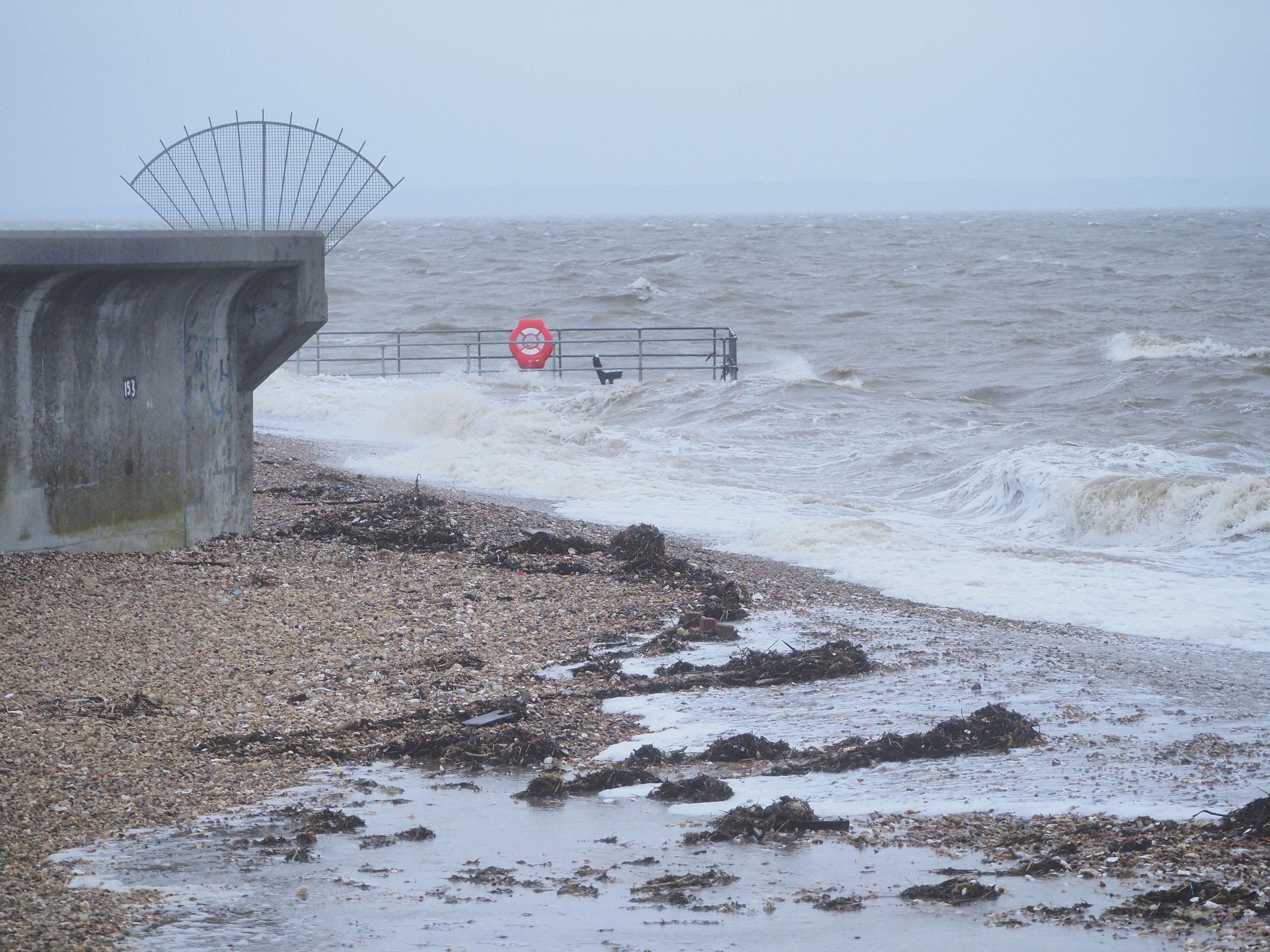 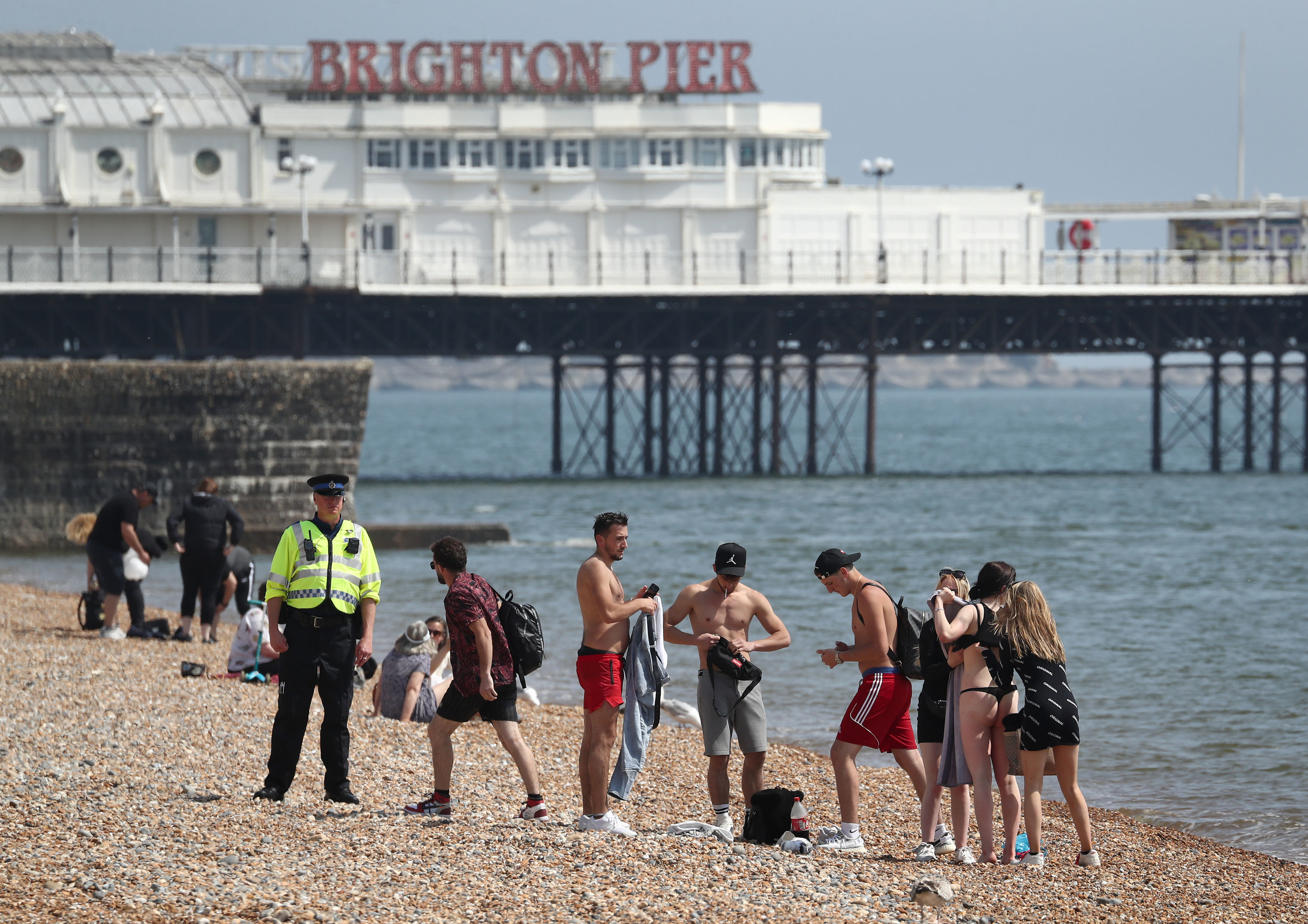 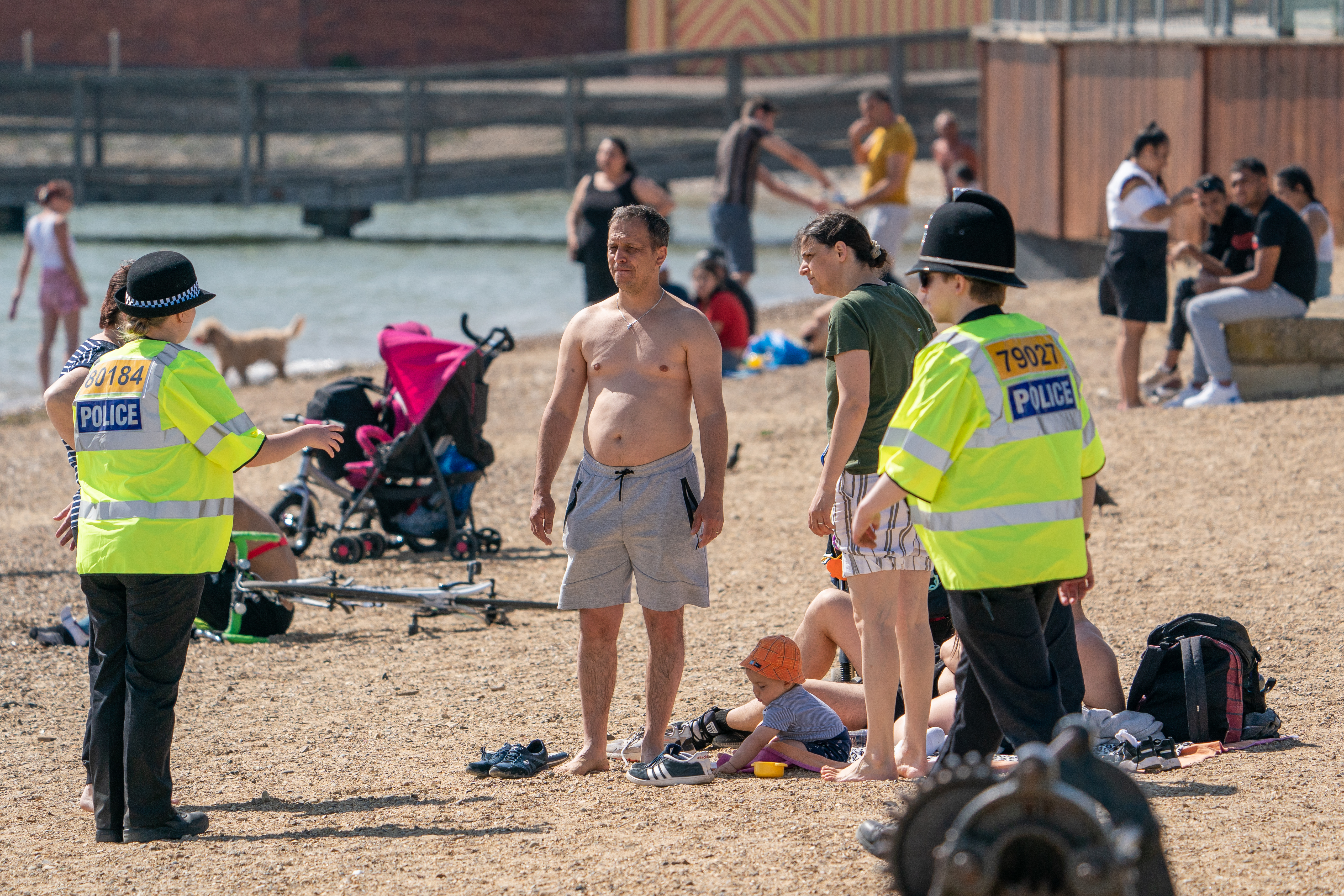 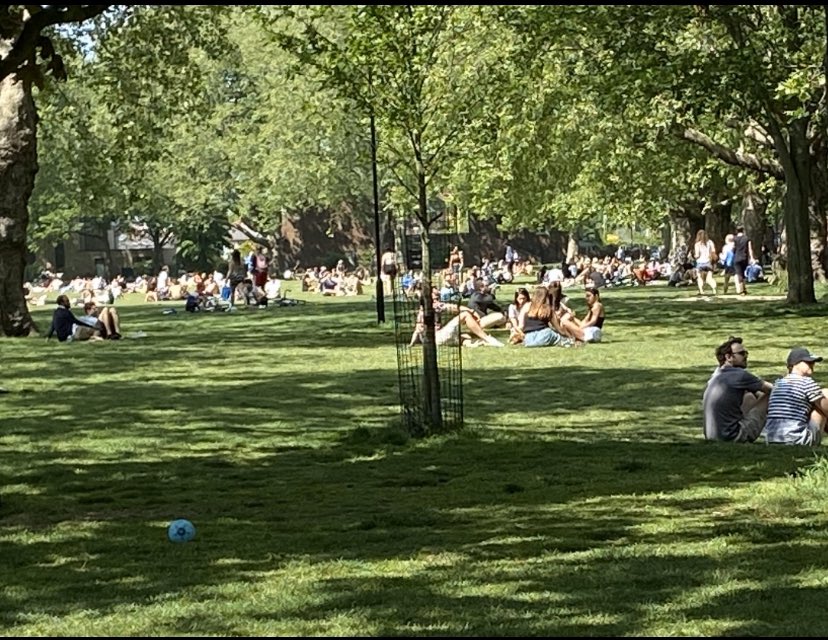 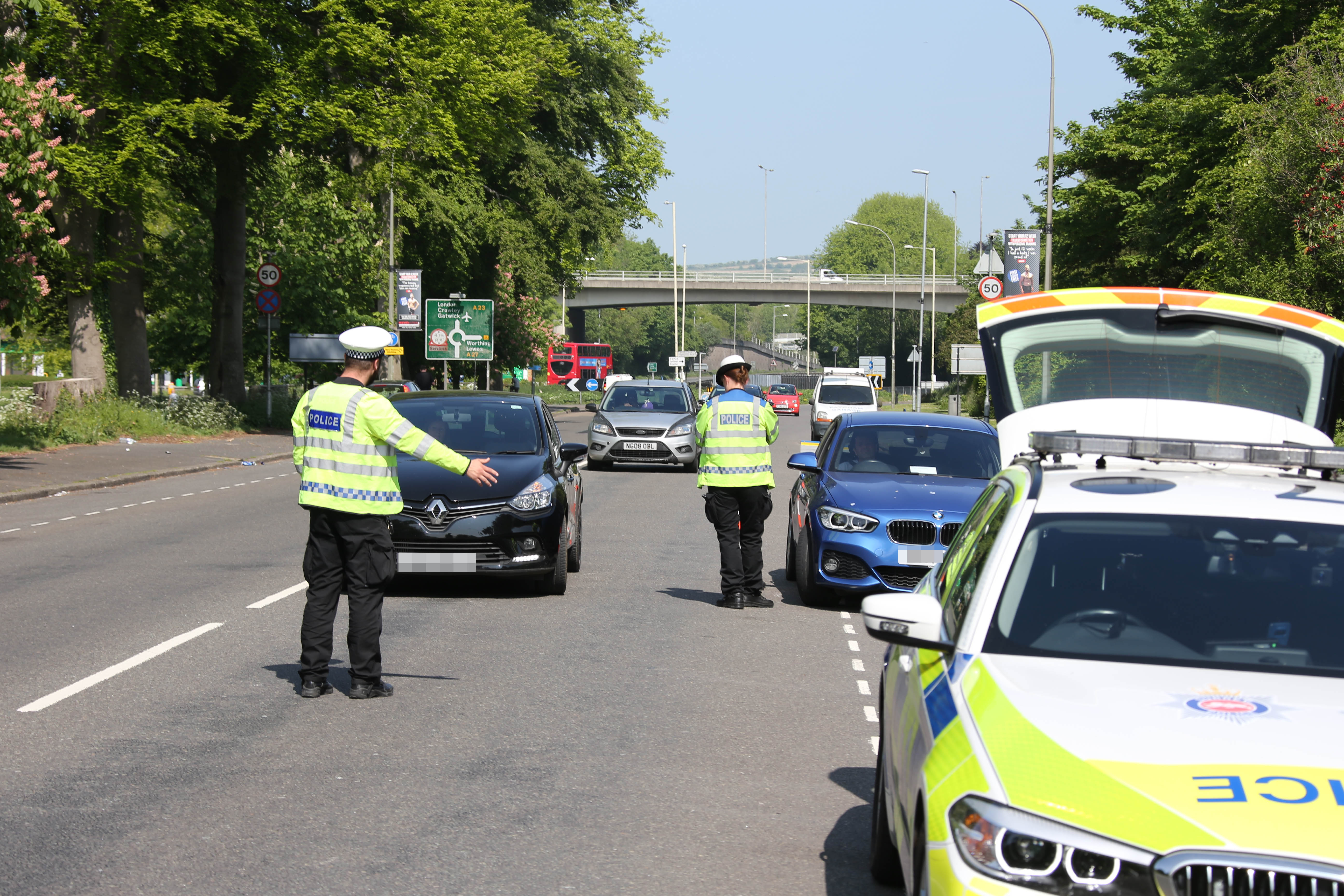