Ukrainian given refuge in the UK by her Russian school friend

One’s from Russia, the other from Ukraine.

Both were thrown together at school as teenagers where they became close friends… before losing touch.

So when Olya Robertson heard Inna Horbenko was hiding in a basement in Ukraine as missiles rained down, she did not hesitate to offer her old schoolmate shelter in the British home where she now lived.

The pair met aged 13 at school in the town of Novy Urengoy in western Siberia.

While a reunion in 2005 was the last time the friends had met in person, they had kept in contact on social media. 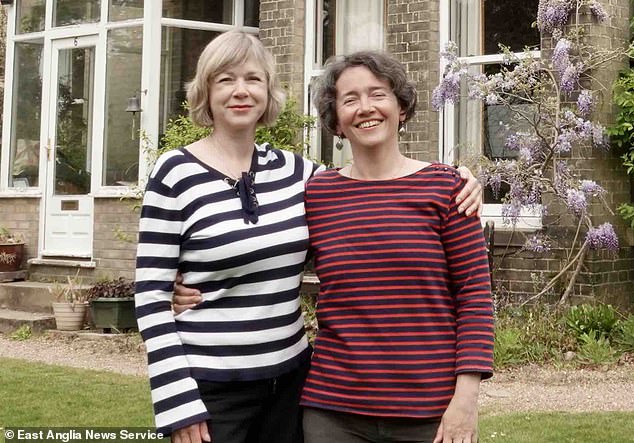 Now Mrs Horbenko and her son have moved into the Russian’s four-bedroom home in Norfolk.

Mother-of-three Mrs Robertson, 48, said: ‘I am Russian and Inna is Ukrainian but it makes no difference. You do what you can to help your friends.

‘Like many other Russian people, I am totally against president Putin and his invasion of Ukraine. Inna and I were close friends as teenagers and were in a group of about six girls who hung out together.

‘Now I am just happy that I can help her when she is in need.’

Mrs Horbenko, 48, said: ‘I am so grateful to my friend and the UK for supporting us. In the back of my mind, I am still worrying about my daughter, my country, our home, cat and dogs and my husband, who is not allowed to leave the country.’ 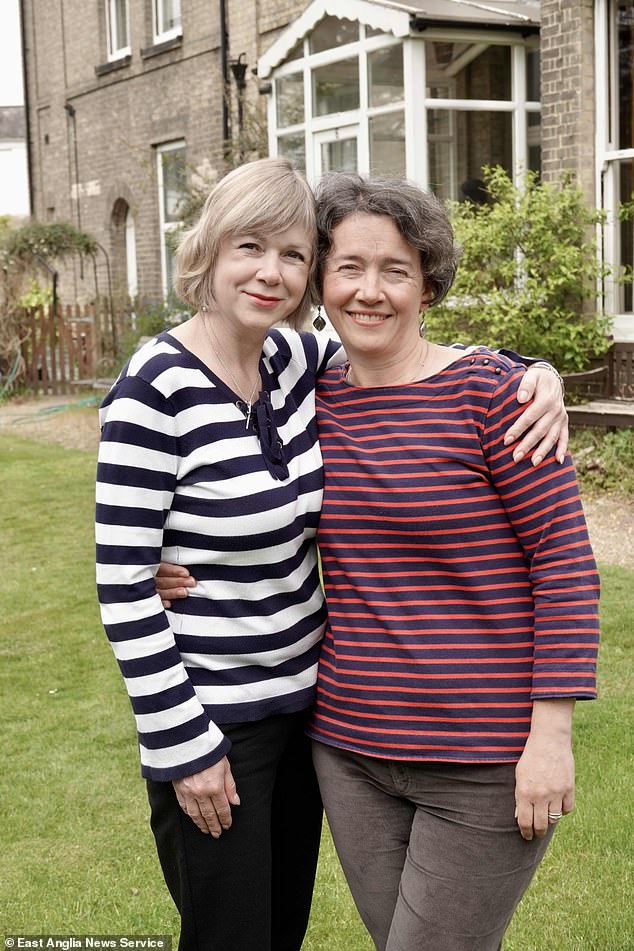 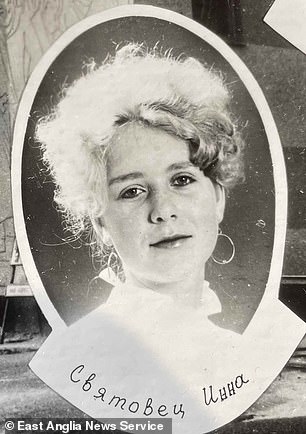 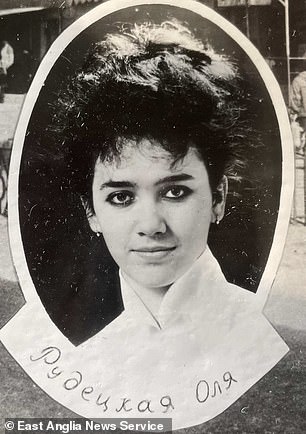 She is learning English in the hope of getting a job and trying to find her son Yehor, 13, a place at a school. She went to university in St Petersburg before returning to Ukraine.

Mrs Robertson said: ‘When the war started, I told Inna that I was scared for her. ‘When the Government said they would allow Ukrainians to come in, I asked her if she wanted her son to stay with us.’

They then agreed Mrs Horbenko should also come. She and Yehor, who had been sheltering in their Lviv basement, managed to get a lift to Poland.

The accountant left her dentist husband Valerii, a Ukrainian army volunteer, and daughter Anastasia, who is at a Kyiv military academy.

They met the Robertsons at the border on March 24 and their visas were granted on April 13.

Mrs Robertson, a financial services administrator, said: ‘When we were at school, we went there with people from all over. We were all different people living away from home… Ukraine and Russia are interconnected and the stupidity of what is happening now is beyond me.’

Readers of Mail Newspapers and MailOnline have always shown immense generosity at times of crisis.

Calling upon that human spirit, we are now launching an appeal to raise money for refugees from Ukraine.

For, surely, no one can fail to be moved by the heartbreaking images and stories of families – mostly women, children, the infirm and elderly – fleeing from Russia’s invading armed forces.

As this tally of misery increases over the coming days and months, these innocent victims of a tyrant will require accommodation, schools and medical support.

All donations to the Mail Ukraine Appeal will be distributed to charities and aid organisations providing such essential services.

In the name of charity and compassion, we urge all our readers to give swiftly and generously.

TO MAKE A DONATION ONLINE

To add Gift Aid to a donation – even one already made – complete an online form found here: mymail.co.uk/ukraine

Via bank transfer, please use these details:

TO MAKE A DONATION VIA CHEQUE

TO MAKE A DONATION FROM THE US

You can donate via CAF America at: https://donations.cafamerica.org/mail-force/

US readers can donate to the appeal via a bank transfer to Associated Newspapers or by sending checks to dailymail.com HQ at 51 Astor Place (9th floor), New York, NY 10003.

Checks in the US need to be made out to ‘CAF America’ and have ‘Mail Force Ukraine Appeal’ in the memo.