Home » World News » Under cover of COVID-19, the seven deadly sins do their work

Under cover of COVID-19, the seven deadly sins do their work

First a confession: When it comes to the seven deadly sins, I have indulged in quite a few. While this may involve some delicate negotiations in the afterlife, it has been quite enjoyable in the here and now.

At times I have turned laziness into an art form, making a sleepy sloth look like Usain Bolt. Speaking of lazy, put me near a lazy Susan filled with Peking Duck and we have gluttony well and truly covered. 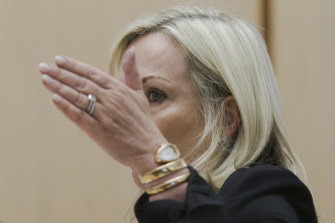 From all reports Christine Holgate is a gun CEO, which is why, with bonuses, she was paid well over $2 million as the head of Australia Post.

That is until it came to light that she had gifted four Cartier watches worth a total of 20 grand to key executives for brokering a multimillion-dollar deal.

Bonuses are part of business these days (we at Nine get a free ham at Christmas – the vegans get hemp stockings, I think) but her response was not a wise one.

Holgate told the watch watchdogs in Senate estimates: “I have not used taxpayers’ money. We are a commercial organisation.” Oops. That ranks with the reported response of a French royal on learning peasants couldn't afford bread – “let them eat cake”.

It wasn’t all that wise for Holgate to turn up at the hearing wearing her own luxury brand – reportedly a Bulgari worth up to $48,000 – which is almost exactly the base pay for a postie. Presumably at that price both would be waterproof, unlike her position. She has since resigned.

When an experienced cop quit to manage a block of luxury holiday apartments, he took his street cunning with him. The package was lucrative but whenever an owner turned up the savvy ex-detective would garage his BMW and bring out his battered ute, put on his oldest overalls and make sure he was seen hosing the driveway: “If they saw the trimmings they’d think they were paying me too much.”

During the fallout from the global financial crisis the CEOs of US car manufacturers Chrysler, Ford and General Motors arrived in Washington in private jets to ask for a $US25 billion handout. A bit like a busker playing Jailhouse Rock in Bourke Street with Elvis' guitar they bought at Sotheby's. 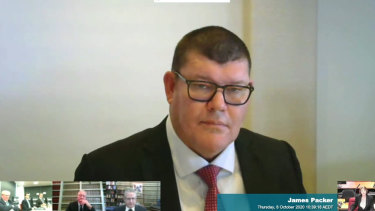 Our own billionaire James Packer chose to give evidence to the NSW casino inquiry via satellite video from his 100-metre, $300 million yacht. After three days of rocky testimony, no amount of sea sickness tablets could have relieved his queasiness.

The casino boss should have taken the advice from the appropriately named song The Gambler:

You never count your money,

When you’re sittin’ at the table,

There’ll be time enough for countin’

When they blew up Melbourne mafia boss Liborio Benvenuto’s car at the Wholesale Market, it wasn’t a black limousine but a battered four-wheel-drive. Benvenuto said he had no idea who would do such a thing as he only had friends at the market.

Not long after, two “friends” turned up dead in the Murrumbidgee River with parts of their anatomy removed.

PM Scott Morrison was quick to condemn the watch bonuses, making it clear it was taxpayers’ money, but was less outraged about a real scandal.

The federal government handed over $33 million for a plot of land for Sydney’s second airport. Trouble is, it was worth $3 million. The Department of Dummies could have sent the work experience kid in an Uber to the Badgerys Creek real estate agent and got a better result.

His boss, ASIC chairman James Shipton, stood down after it was revealed he received $120,000 in tax advice and a further $80,000 to cover fringe benefit tax. Both men agreed to repay the money.

When it comes to inquiries over who recruited rogue barrister Nicola Gobbo as a police agent and who decided private security guards in plastic ponchos should guard quarantine hotels, leading police, politicians and public servants have the memory of a senile goldfish after an acid trip. 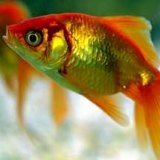 You would think that such matters would require minutes or tapes, yet it would appear the records were kept on Etch A Sketch boards. Mr Squiggle could have kept better notes.

I started in journalism in 1978, when business had a different mindset. Back then birds feathered their own nests, stock options were for chefs making bouillabaisse and the Golden Parachute was a Chinese restaurant near the airport.

According to the US Economic Policy Institute, the pay packets for top CEOs increased around 1000 per cent between 1978 and 2018 compared to around 12 per cent for “average workers”.

Bollas admitted receiving $150,000 in under-the-table payments while Pinder says he received some cash but it was part of a secret gambling syndicate. 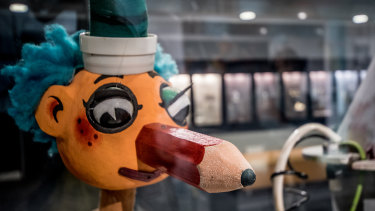 If the syndicate was looking for an omen bet on the Cup, they would have backed a sure thing. How could they go past Twilight Payment?

In the Supreme Court we are watching greed's tragic fallout. It began with the 2012 collapse of Banksia Investments that left 15,622 investors short $663 million. It resulted in a class action led by a company run by Melbourne solicitor Mark Elliott. In 2016 the court approved a $64 million settlement, including $12.8 million to Elliott’s company and a further $4.75 million in legal fees.

A few investors weren’t happy and took further action. Court-appointed contradictor Peter Jopling, QC, alleged the scheme was a rort: “This was a party like no other.”

The lead barrister in the class action was Norman O’Bryan, SC, whose father Norman and grandfather Sir Norman were respected Supreme Court judges.

Another barrister in the case agreed to be struck off and two other lawyers have taken their own lives – and for what? How much money is enough? 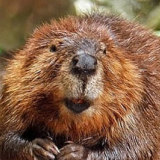 At least we live in a democracy that gives us the chance to keep the bastards honest. But wait, our own investigative gun Nick McKenzie has revealed that both sides of politics are more enthusiastic branch stackers than dam-building beavers.

In a time when confected outrage is the language of the internet, we remain strangely sanguine when it comes to the standards of public office.

Social media will go into meltdown over the Brownlow hemline of a WAG but no one seems to care about bribes, lies and massive corruption. Perhaps we have become so cynical we no longer consider integrity a non-negotiable condition of leadership.

Last year we lost former premier John Cain, a decent man who strictly adhered to standards of honesty he believed came with the job. He returned corporate gifts, used his own stamps for private mail and in retirement took the train to his office. The last time I saw John was at the funeral of former chief commissioner Mick Miller, another man who was gun-barrel straight.

We have just witnessed the US presidential election, where the greatest qualification is not the capacity to lead but to raise an estimated $US500 million in campaign funds to stand. It is the most elite club in the world. 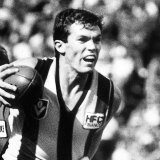 That magistrate, Murray Farquhar, once challenged Hawthorn premiership player Peter Schwab to a fistfight at the SCG. Farquhar was well past his prime and Schwab declined the offer. For Murray it proved to be pride without the fall.