The leading recommendation from the State Parliament’s Inquiry into the Use of Cannabis in Victoria is another review looking into the impacts of legalising cannabis.

While a small step toward positive reform, we still lag behind many other jurisdictions in reducing drug-related harm. 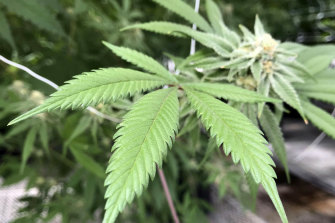 The two-year State Parliament inquiry into cannabis use in Victoria has released its report.Credit:AP

For years in drug policy, the status quo has been acceptable, which for decades has driven thousands deep into the blunt justice system for the consumption of cannabis.

This has led to tens of thousands of Australians holding criminal records for possession and use of cannabis, which for many has cast lifetime limitations on employment, travel and other prospects.

The policing of cannabis focuses on consumers, with only 6 per cent of all arrests relating to trafficking. Across the nation, 36 per cent of all Australians have ever consumed cannabis, with 11.6 per cent having consumed in the past year.

It is probable that under COVID-19, usage has increased. Clearly, prohibition is not deterring use. Despite having prohibition for decades, cannabis is still regularly consumed across the community. 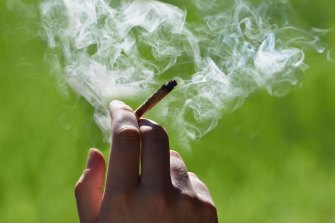 It is probable that under COVID-19, usage has increased.Credit:iStock

As with any substance, there are risks of harms. At the acute end, it is particularly evident among young people who may consume large quantities of cannabis over an extended period of time.

Legalisation could allow for oversight on the levels of THC present, set age limits and diminish the wasteful churn of policing activity among those consuming cannabis.

The national cost of cannabis is estimated to amount to $4.5 billion with over half of that sum ($2.4 billion) associated with law and order. The cannabis black market is worth about $3.9 billion.

It would also go some way in reducing the stigma around cannabis use, which we know deters help-seeking behaviour.

With cannabis being the main substance of concern for 16 per cent of all Victorian treatment users and higher levels in regional areas, families need ready access to alcohol and other drug treatment.

We have surveyed treatment providers and ascertained that about 2500 people are waiting for treatment on any given day, sometimes for months.

This needs to change. Victorians deserve ready access to support.

Reforming cannabis law to ensure that people using cannabis are supported by health and social services, rather than punished, would allow policing resources to be diverted to more pressing priorities.

It would also allow for a reallocation of funding to ensure young people and families could get the support they need, when they need it.

Sam Biondo is executive officer at the Victorian Alcohol and Drug Association.