VIOLENT protesters are being warned they face being jailed within 24 hours, it was reported.

Justice secretary Robert Buckland has told magistrates to extend their opening times and sit through the night, as they did during the 2011 riots. 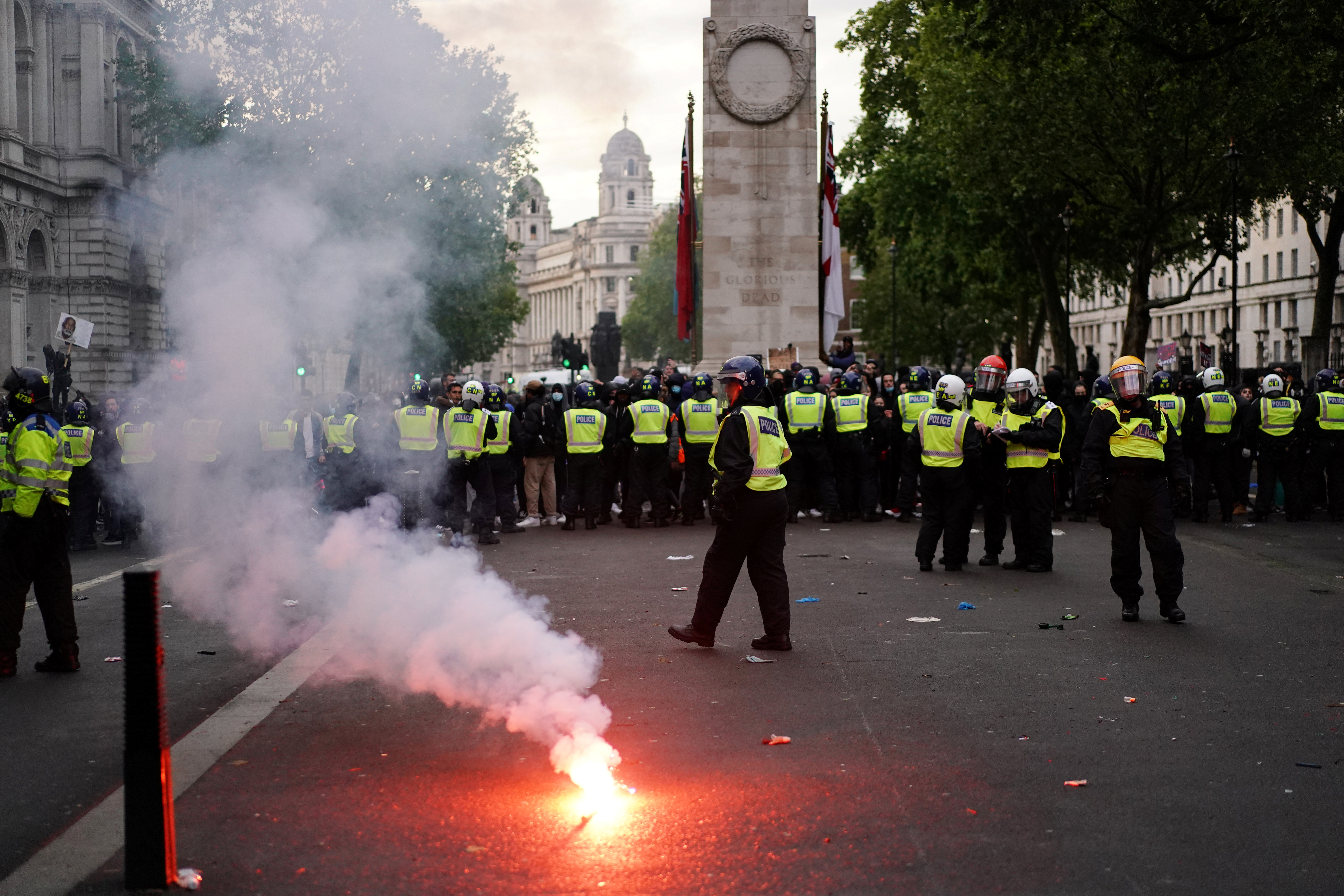 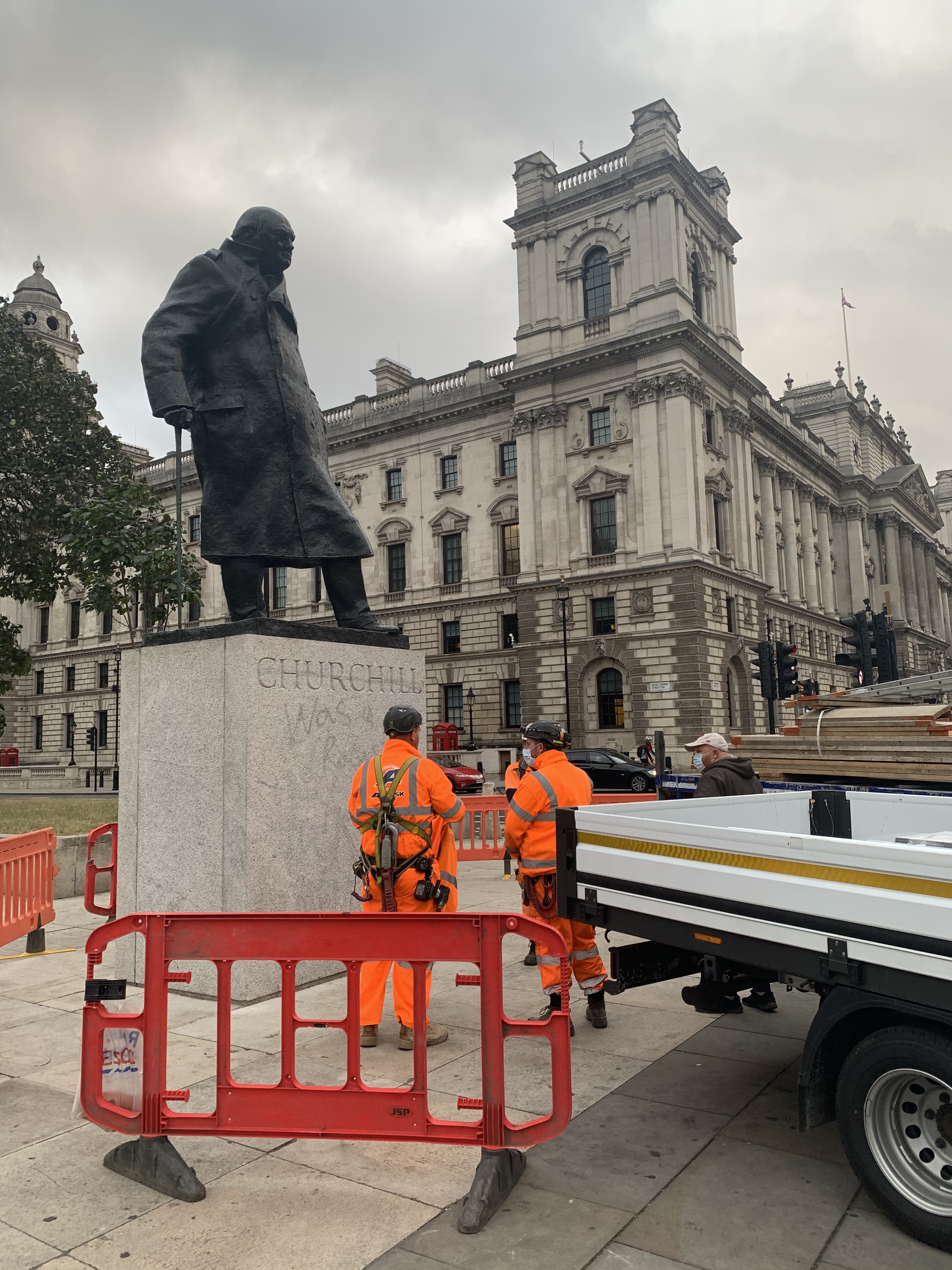 The plans being drawn up by Mr Buckland and Home Secretary Priti Patel will see fast track justice for anyone convicted of vandalism, criminal damage or assaulting a police officer, The Times reports.

The measures come as fears mount over possible clashes between Black Lives Matter and football hooligans and far-right groups seeking to ‘defend’ memorials.

So far police officers have been injured in Black Lives Matter protests and 137 people have been arrested.

A ‘patriotic unity’ event has been organised at the statue of Sir Winston Churchill in Parliament Square, which was vandalised during Black Lives Matter protests.

The statue has been boarded up along with the Cenotaph, which was also defaced during a Black Lives Matter demonstration.

Black Lives Matters organisers said they had decided to call off a planned protest at Hyde Park at 1pm on Saturday.

They warned “many hate groups” were threatening the safety of those planning to come.

“We want the protests to be a safe space for people to attend. However, we don’t think it will be possible with people like them present.”

The chair of the National Police Chiefs’ Council, Martin Hewitt, said forces were braced for disorder to continue through the summer.

“We are going into the summer period, which is always a challenging period in relation to to incidents and disorder,” he said.

Far extremists and football hooligans are planning to counter Black Lives Matter protests and protect monuments this weekend in what police fear is a "perfect storm".

Police officers with full riot gear will be on standby "kitted up and ready to go" amid fears of potential clashes.

Busloads of fans attached to "firms" at various football clubs are planning to travel hundreds of miles to defend monuments after a number were vandalised during the Black Lives Matter demos.

A flier posted on Facebook said that hooligans from Bristol City, Bristol Rovers, Cardiff City, Swindon and Newport will "put aside their rivalries and guard the Cenotaph from vandals".

The Democratic Football Lads Alliance, a network founded in 2017 that claims to oppose terrorism and conserve British traditions, has told members to defend statues and war memorials.

English Defence League founder Tommy Robinson and far-right group Britain First are among those supporting the protection of monuments. 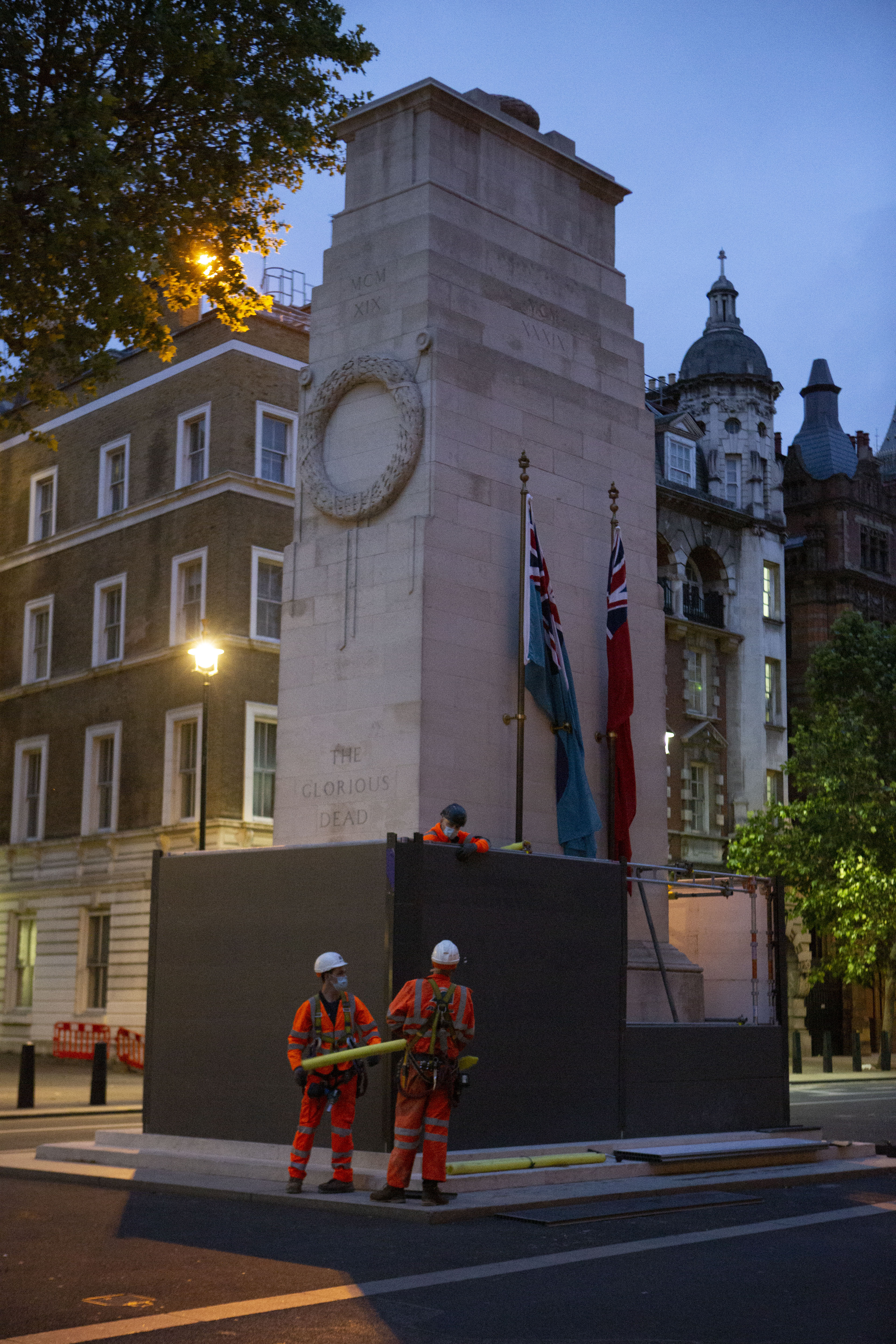 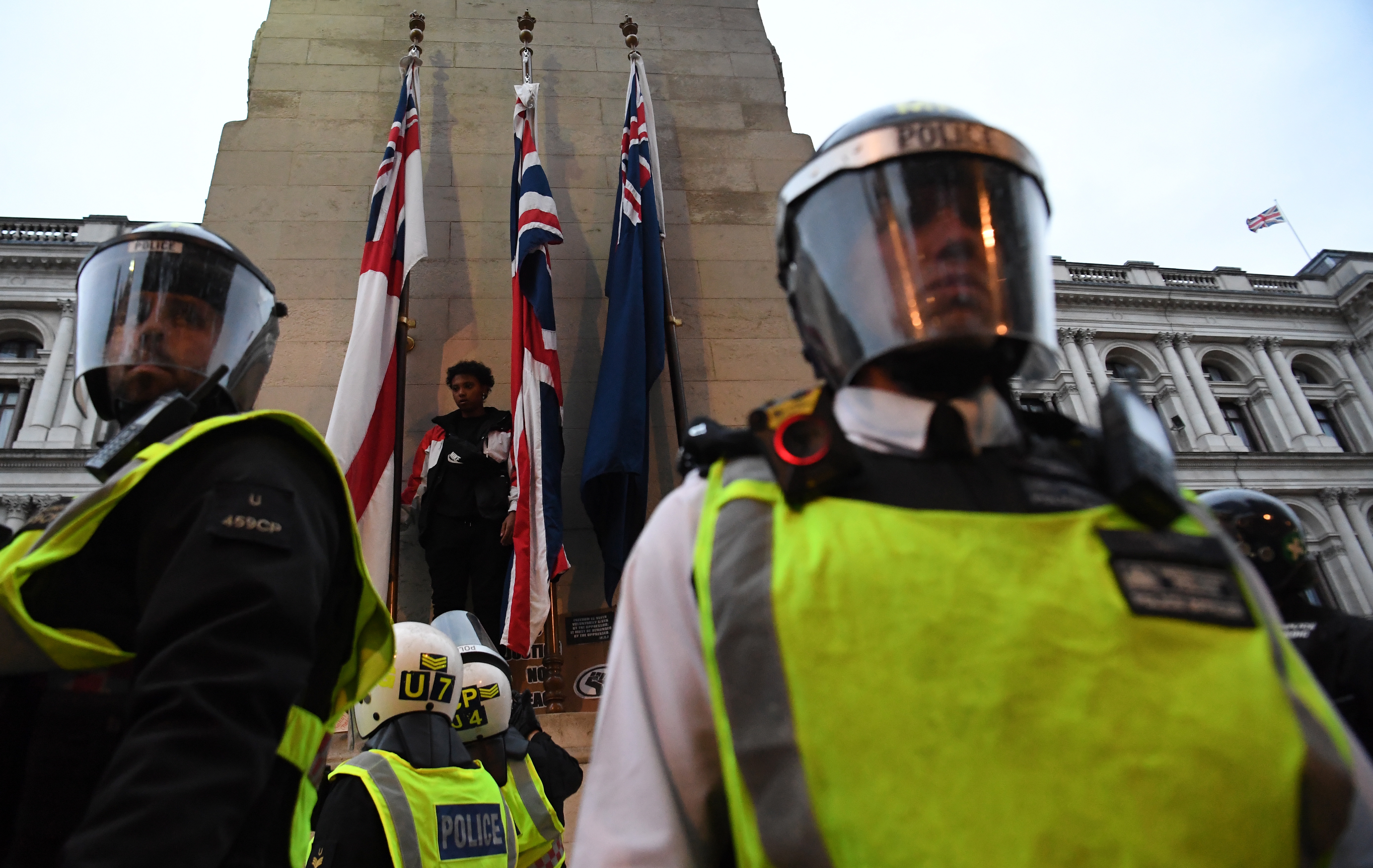