Victoria's newest minister will take charge of the state's workplace safety agenda as part of a cabinet reshuffle in which Attorney-General Jill Hennessy loses a portfolio and Deputy Premier James Merlino boosts his power. 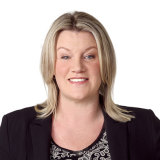 Ingrid Stitt will fill a vacancy created by the resignation of Jenny Mikakos.

The shake-up was triggered when Health Minister Jenny Mikakos resigned after Premier Daniel Andrews told the hotel quarantine inquiry he believed she was the minister responsible for the program.

Former Australian Services Union secretary Ingrid Stitt, who is from the same Socialist Left faction as Mr Andrews, was appointed Minister for Workplace Safety and Minister for Early Childhood.

The workplace safety portfolio was previously held by Ms Hennessy, who retains her position as Attorney-General. The reshuffle came as Victoria recorded 10 new COVID-19 cases and seven deaths on Tuesday, and as Western Australia relaxed quarantine rules for Victorians, who will no longer be detained in hotels upon entering the state.

From next Monday, people travelling to WA from Victoria will be allowed to complete self-isolation for 14 days at a "suitable premise" such as a house.

As the state recorded its seventh consecutive day with fewer than 20 cases, Mr Andrews continued to defend three department secretaries who, according to counsels assisting the hotel quarantine inquiry, did not adequately brief their ministers on crucial matters as they arose.

Chris Eccles, Kym Peake and Simon Phemister, secretaries of the Premier's Department, the Health Department and the Jobs Department respectively, were alleged to have left their ministers unbriefed on key issues relating to the state's bungled hotel quarantine system, including infection control breaches, the conduct of security firms and an offer of Australian Defence Force support.

The Premier said he was satisfied the bureaucrats should remain in their roles until the inquiry hands down its findings in November.

He said the department secretaries, who can earn up to $700,000 per year, were appropriately briefing their ministers on all elements of the pandemic, including the hotel quarantine program, which is now the responsibility of the Department of Justice.

"Yes, I believe they are [briefing ministers]," he said. "I'm confident. We will wait for the [inquiry's] report, and then the report will give us a sense, [a] very clear sense, about what the next steps and actions need to be."

In the reshuffle, Mr Merlino and Danny Pearson – a former lobbyist who replaced Adem Somyurek in cabinet in June – will take on portfolios previously held by Martin Foley, who was appointed Health Minister.

Both roles were previously held by Mr Foley, who will retain his status as Minister for Equality.

Gayle Tierney, another Left faction member, will replace Ms Mikakos as deputy leader of the government in the legislative council.