WAGATHA CHRISTIE TRIAL LIVE: Get all the latest news and updates

WAGATHA CHRISTIE TRIAL LIVE: Rebekah Vardy to return to stand after her ‘who is Davy Jones’ comment about Caroline Watt’s phone and jibe over Peter Andre’s ‘chipolata’ on day four of libel trial with Coleen Rooney

The phrase Davy Jones’ Locker has long been used to describe the dreadful resting place of sailors who have died at sea and are destined to remain forever at the bottom of the sea.

The earliest known reference of the negative connotation of Davy Jones occurs in the Four Years Voyages of Capt. George Roberts, by author Daniel Defoe, published in 1726 in London.

The idiom inspired a fictional character in the Pirates of the Caribbean film series who served as the tyrannical captain of ghost ship the Flying Dutchman.

The fictional Davy Jones should not be considered with Monkees singer David Thomas Jones, who also adopted the name. 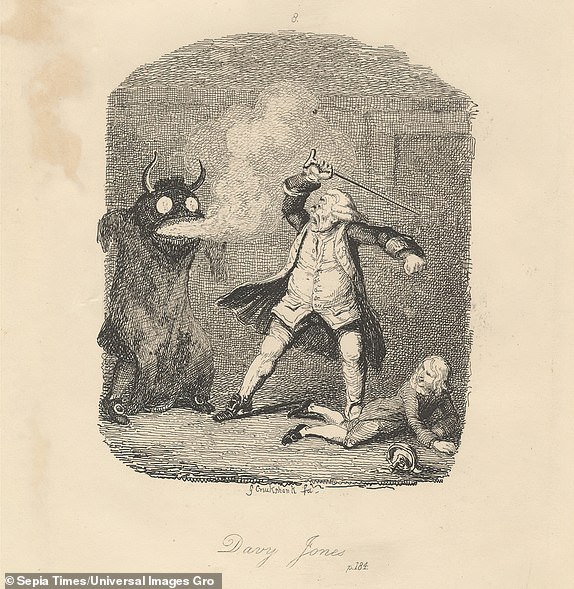 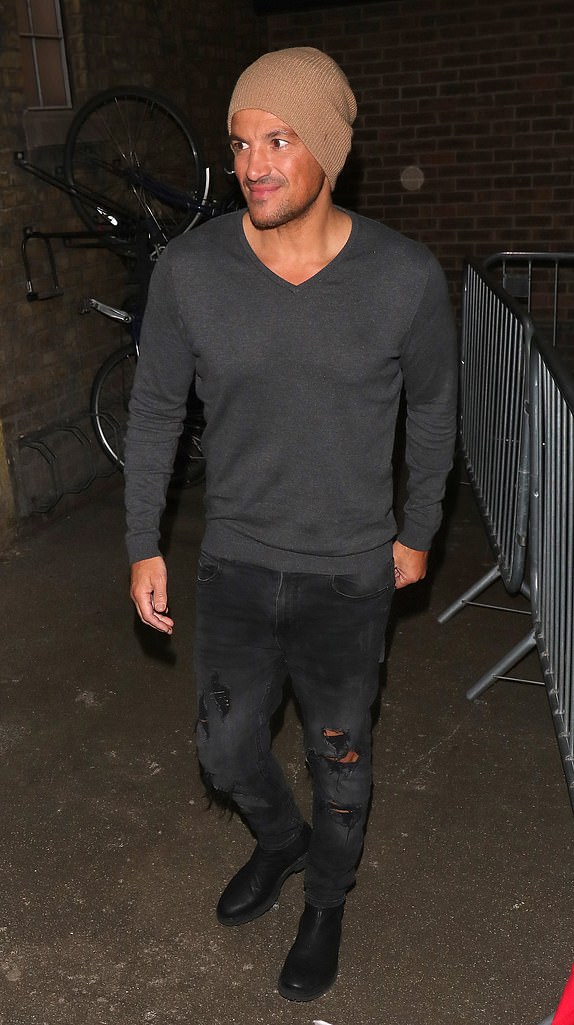 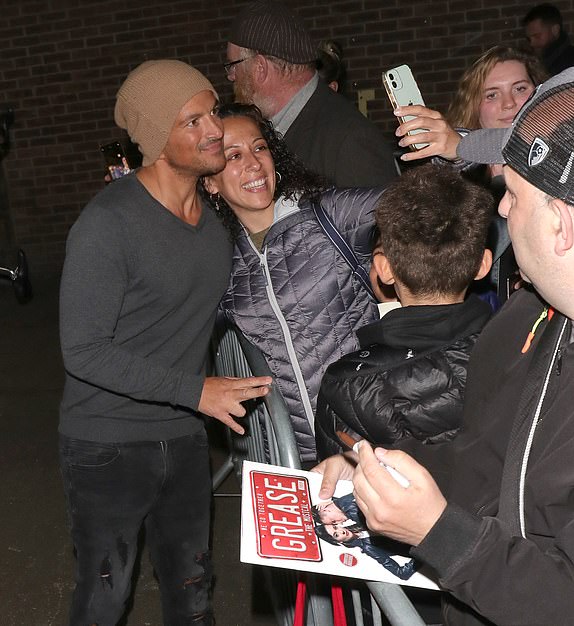 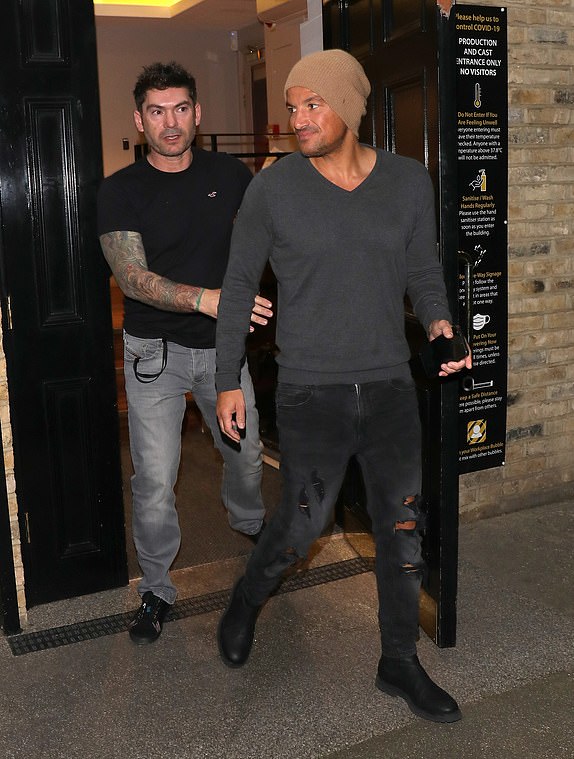 On the first day of the Wagatha Christie libel trial, the court heard how Rebekah had described Peter Andre’s manhood as a ‘chipolata’ in a 2004 kiss-and-tell newspaper article.

Andre, 49, yesterday said that he has managed to see the funny side of the manhood reference. He took to Instagram to say that despite his positive stance, there would outrage if a man had made a similar slur about a woman’s anatomy.

‘I’ll be laughing about it for a while, but think about how it would feel if it was the other way around, that’s all I’m saying,’ he said in a video.

Read more about it here.

One of the key players in the whole Wagatha Christie drama is Rebekah’s PR agent Caroline Watt.

Ms Watt and Rebekah have been accused of plotting to leak a series of stories to the Press.

Rebekah denied claims that she had conspired with Ms Watt, but admitted in London’s High Court that she allowed her publicist to use her Instagram log-in to access Coleen’s private account.

On Tuesday, Rebekah’s lawyer said she thought it was possible that Ms Watt ‘was the source of some or all of the stories’ after the PR agent withdrew a witness statement from the trial in which she said she had not leaked stories.

Yesterday the court heard how Ms Watt had told Rebekah in a text that she had leaked information about Coleen’s 2019 car crash.

The court also previously heard how Ms Watt’s phone fell into the North Sea in August 2021 before further information could be extracted from it – a claim which Coleen’s lawyer called ‘improbable’. 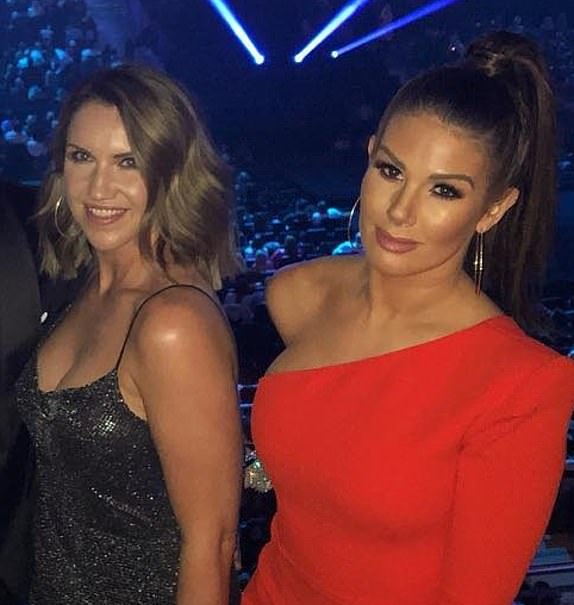 The High Court burst into laughter after the exchange – which concerned the claim that Rebekah’s agent, Caroline Watt, lost her phone containing WhatsApp messages when it fell off a boat into the North Sea.

Coleen’s barrister, David Sherborne, has accused Rebekah of deleting key evidence that, it is said, would prove that Rebekah had been leaking stories to the media.

Rebekah then replied: ‘I’m sorry, I don’t know who Davy Jones is’.

The judge then had to describe the idiom, which refers to the legendary resting place of sailors who have drowned at sea.

Twitter has taken the mick out of the sketches coming out of London’s High Court this week.

After users questioned why Wayne Rooney looked ‘like a potato’ on the first day, the illustrations have improved.

Yesterday’s sketches show Coleen with defined cheek bones, styled hair and statement jewellery, while sat next to husband Wayne Rooney, whose cheek bones and jawline have also been emphasised.

And the image of Rebekah does not have the same white, highlighted gleam, instead showing her crying into a tissue with a forlorn look. 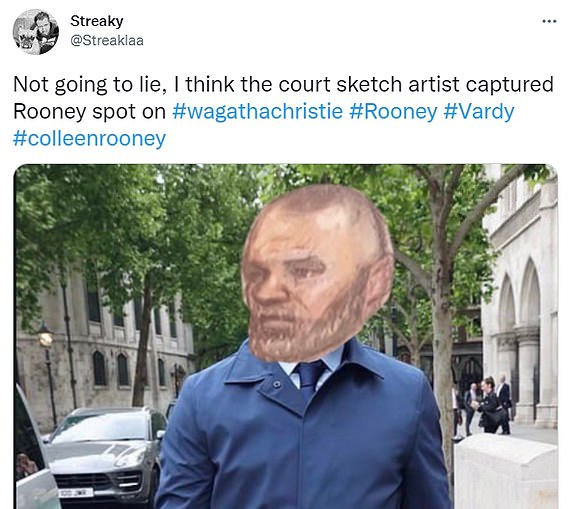 ‘Wagatha Christie’ was the nickname given to Coleen after she accused Rebekah of sharing ‘false’ stories to The Sun newspaper.

Coleen’s apparent sleuthing skills quickly led to her being nicknamed ‘Wagatha Christie’ – a play on the term WAG for footballers’ ‘wives and girlfriends’ and a nod to crime writer Agatha Christie.

In a tweet on October 9, 2019: ‘I have saved and screenshotted all the original stories which clearly show just one person has viewed them. It’s ………. Rebekah Vardy’s account.’

Rebekah has denied the allegations and is suing Coleen for libel.

So far we’ve heard incredible tales of gossip, rivalry and even ‘betrayal’. Here’s a quick summary of the key developments –

– Rebekah Vardy likened Coleen Rooney to a ‘pigeon that s**ts’ in your hair, then broke down in tears twice yesterday;

–  PR agent Caroline Watt told Rebekah in text messages read out in court that she had leaked information about Coleen Rooney’s car crash in 2019 to the media. Rebekah then allegedly tried to throw Coleen off the scent with ‘disingenuous messages’ to her suggesting her Instagram account might have been hacked by journalists;

– Rebekah allegedly tried to use Coleen Rooney’s dead sister as an excuse to get back in contact with her again after she had been ‘blocked’ by the WAG on Instagram;

– Jamie Vardy’s wife allegedly ‘orchestrated’ a ‘staged’ photo of fellow WAGs at the 2018 World Cup with the help of her publicist Caroline Watt in order to ‘create attention’, and allegedly christened herself the ‘unofficial leader of the WAGs’ in an interview. She denies the claim;

– The High Court also heard how Rebekah allegedly plotted to leak information about model Danielle Lloyd’s miscarriage to the media, and described Peter Andre’s manhood as a ‘chipolata’ in a 2004 kiss-and-tell newspaper interview.

Catch up on MailOnline’s coverage of yesterday’s events here.

London’s High Court has heard a series of astonishing and lurid claims so far – from Rebekah likening Coleen to a ‘pigeon’ that ‘s**ts in your hair’, plots to leak stories about celebrities and fellow WAGs including Danielle Lloyd, and even talk of Peter Andre’s ‘chipolata’ manhood.

Stick with MailOnline’s blog to get all the latest updates on the blockbuster £3million court battle gripping the nation.