HUGE queues formed outside Primark this morning and drinkers hit the pubs as shops and boozers opened in Wales after a 17-day lockdown.

Delighted punters were pictured enjoying fresh pints – just days after England was plunged back into lockdown. 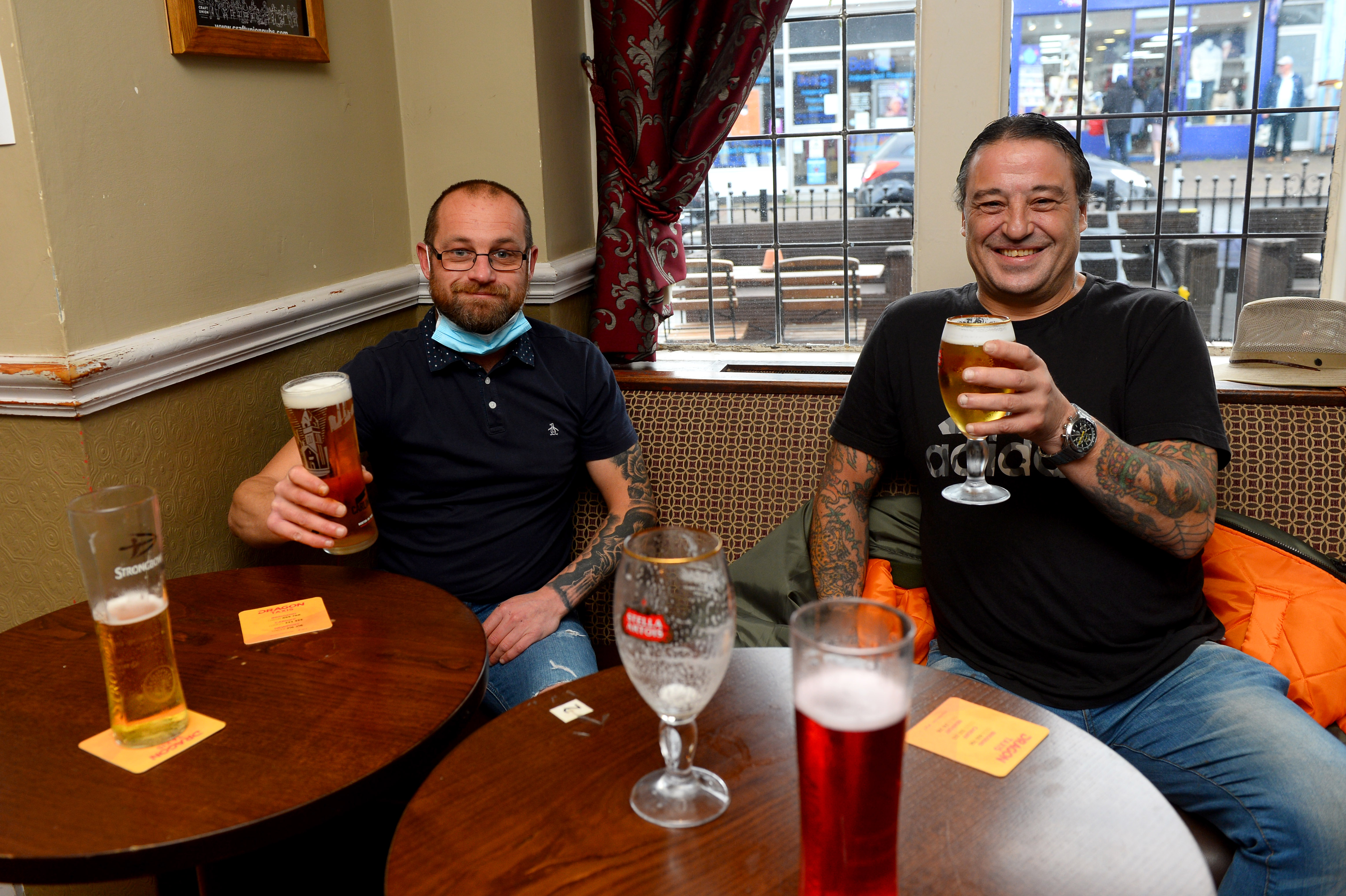 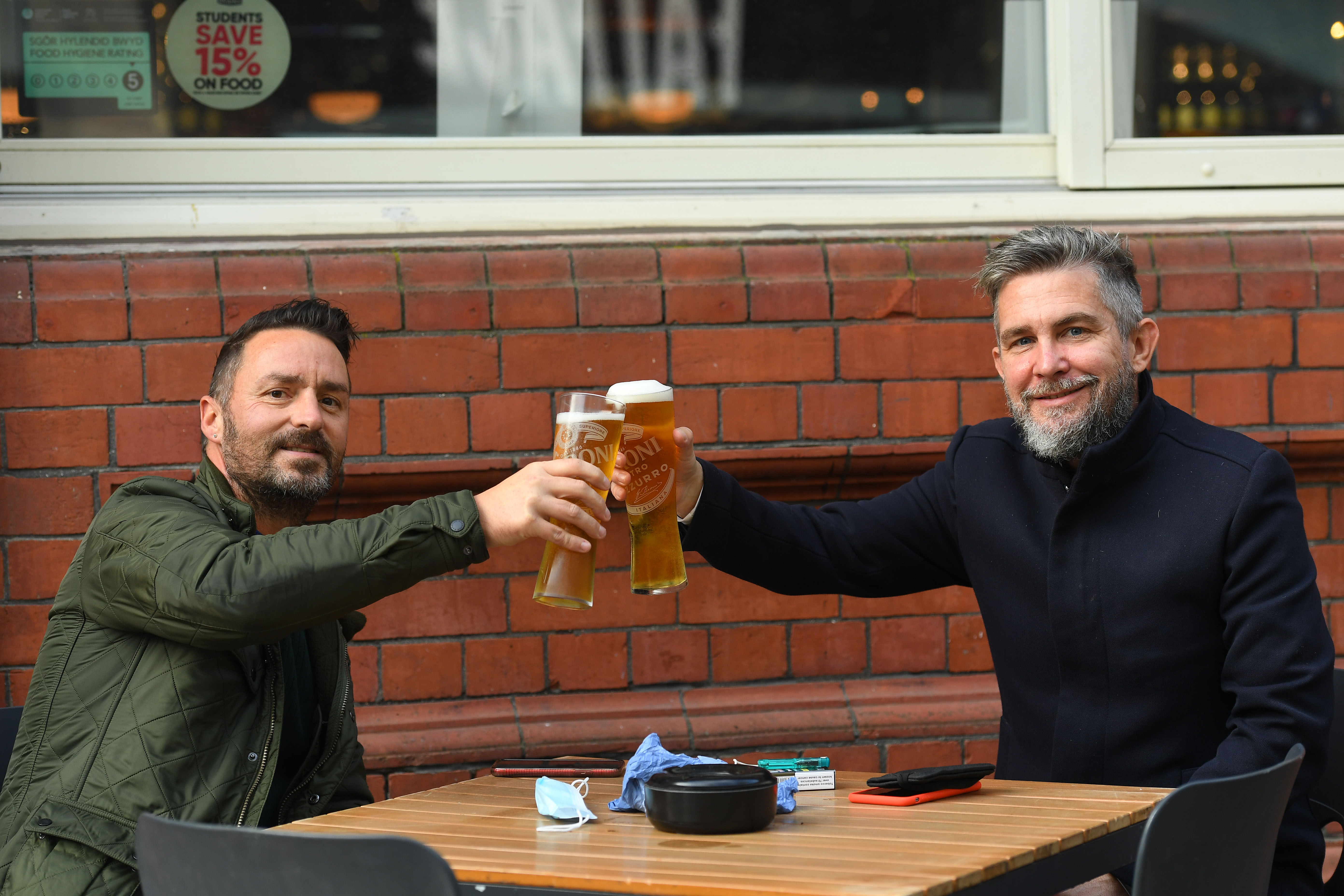 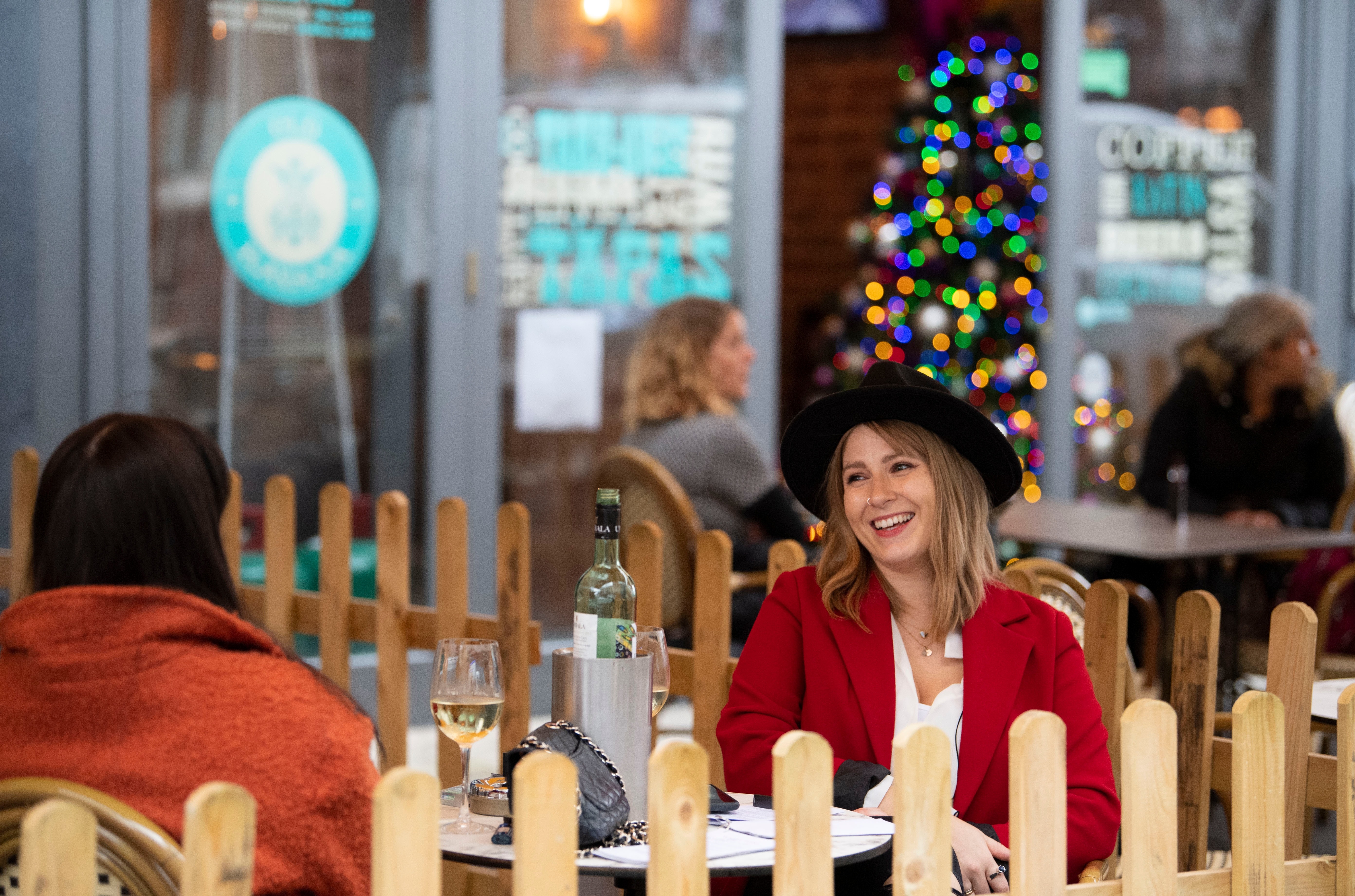 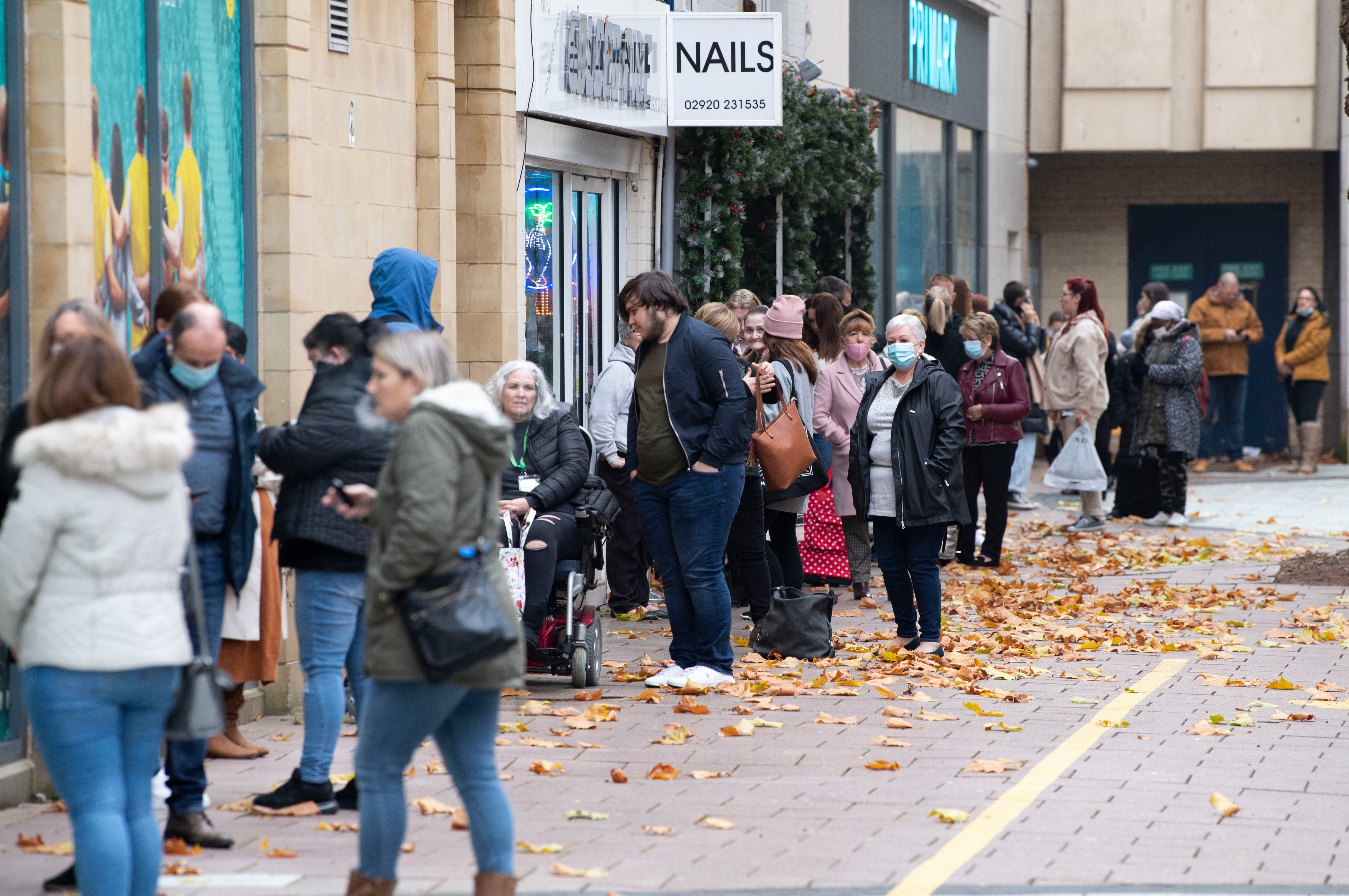 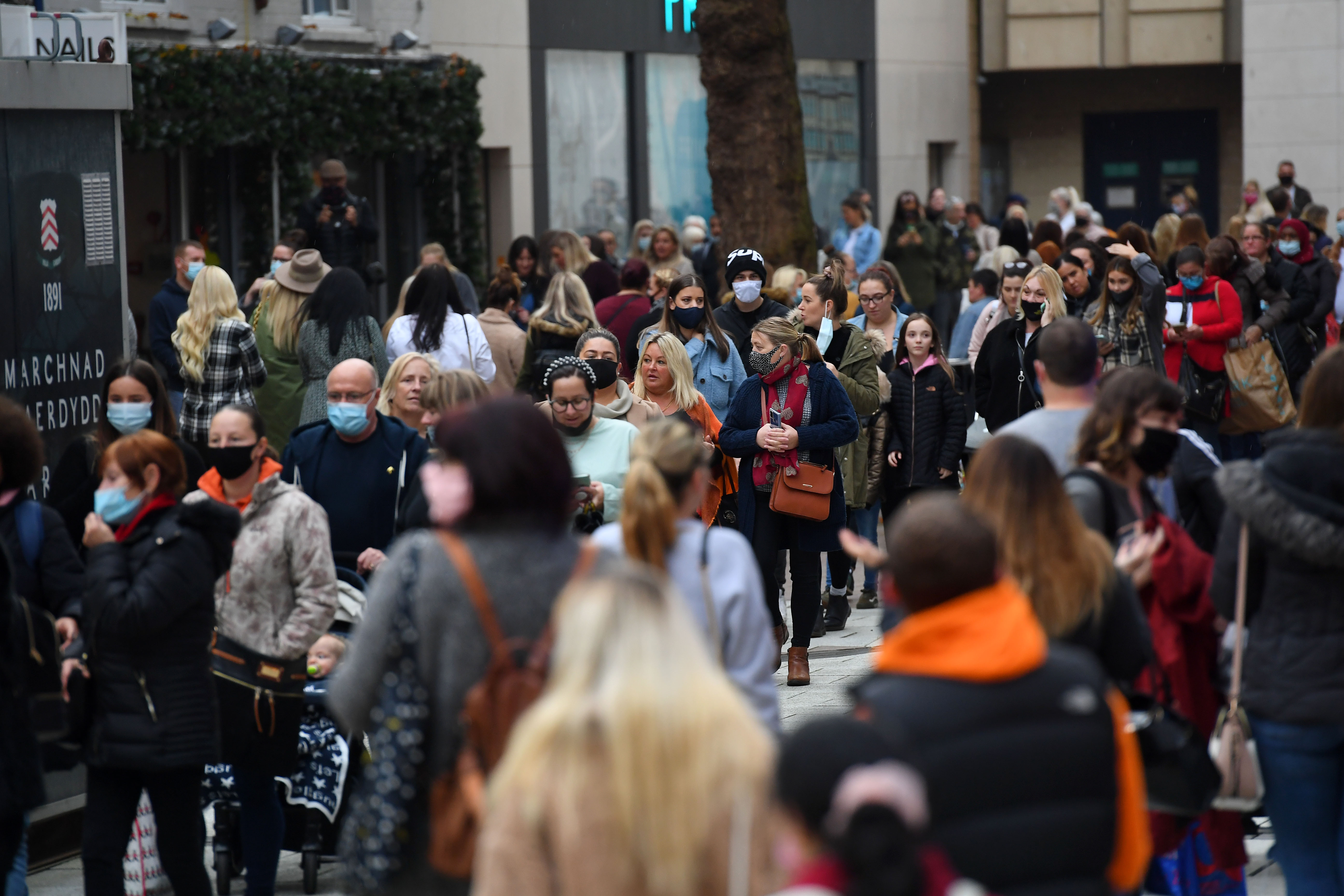 Shops, restaurants, pubs and gyms have opened their doors again as the “firebreak” period, imposed on October 23, came to an end this morning.

It comes as a huge boost to the beleagured hospitality industry ahead of the Christmas period, as punters were pictured enjoying pints together this afternoon.

But drinkers are subject to strict new regulations – and only four adults from single households are allowed to sit together both indoors and outdoors.

The Welsh government has also asked punters to book tables for a limited time only, and advise drinkers to spend no longer than two hours in the pub.

Boozers are also discouraged from visiting multiple venues, and all customers must remain seated.

Excited shoppers were also pictured queueing outside Primark this morning as retail stores opened their doors.

Sharon Jones, 43, from Pontypridd, travelled 12 miles to the capital to do her Christmas shopping and was queuing outside Primark on Queen Street at 9am sharp.

She said: "I have three grandchildren and I wanted to make sure I get the shopping done in time in case we go into lockdown again.

"Usually Christmas shopping is an exciting time but it's just weird."

Wales will impose a new set of regulations in place of the lockdown, in a bid to ensure that transmission of the virus remains low.

Under the new rules, groups of up to four can meet in cafes, pubs and restaurants – and households can meet inside homes with one member of their support “bubble”. 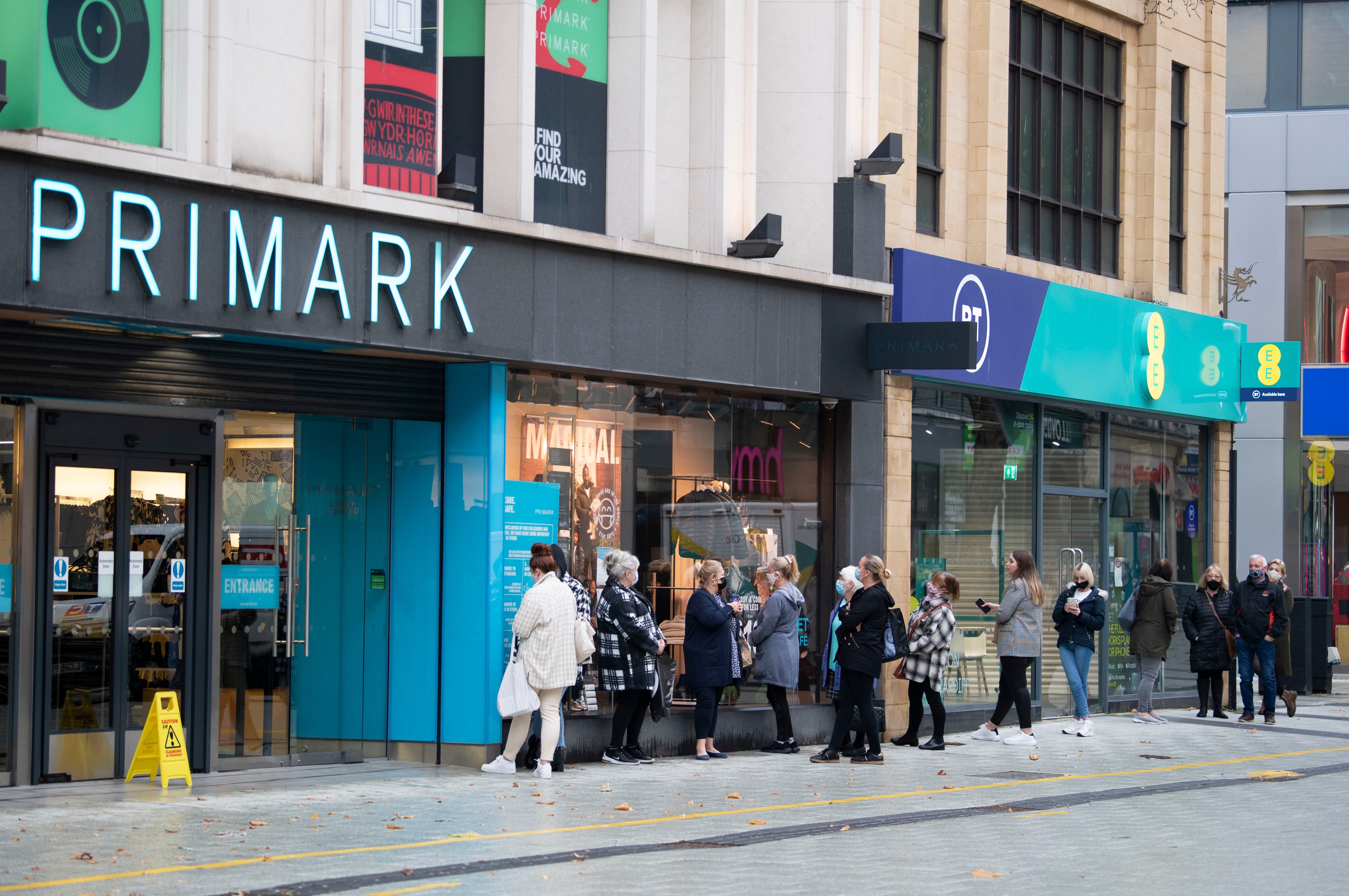 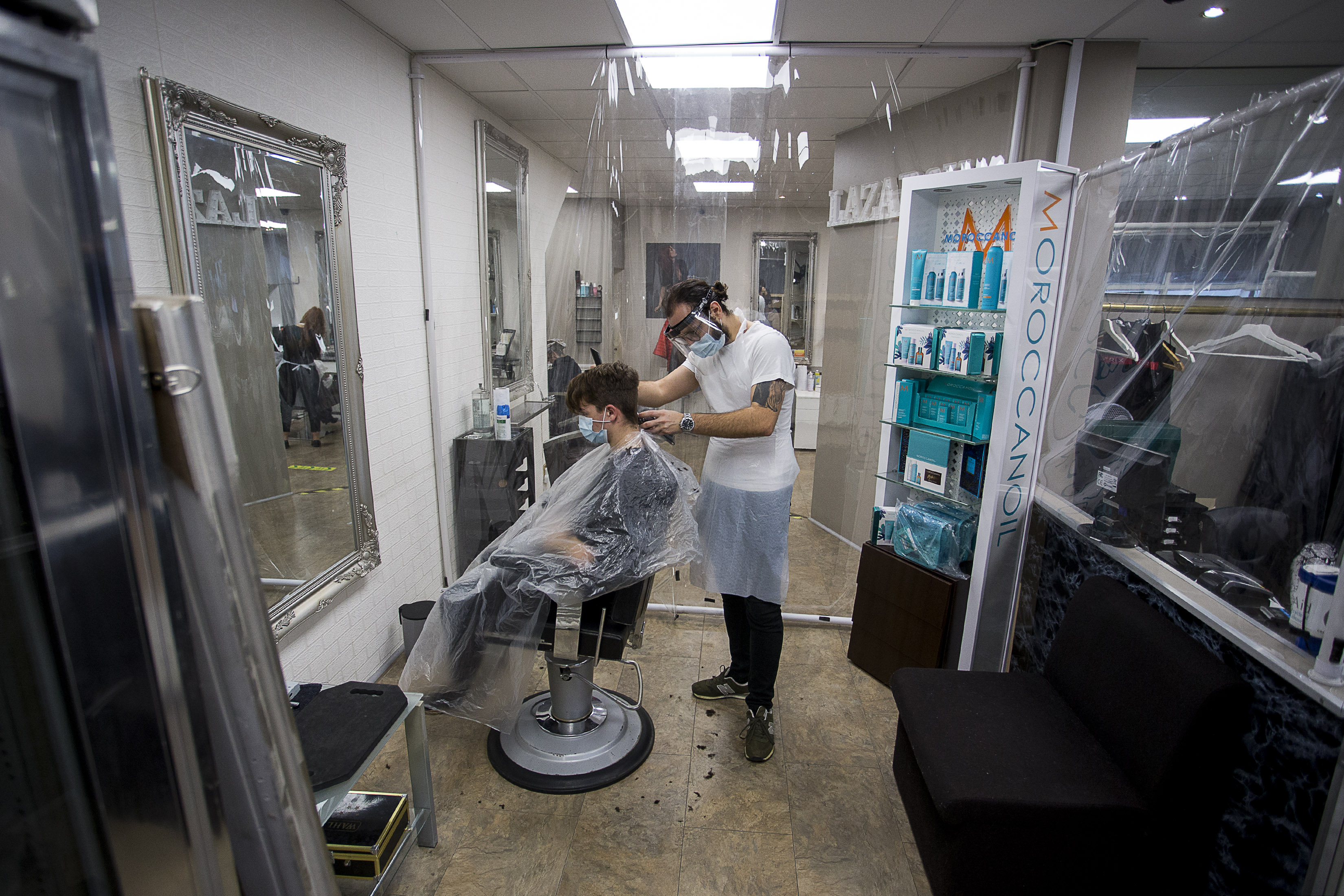 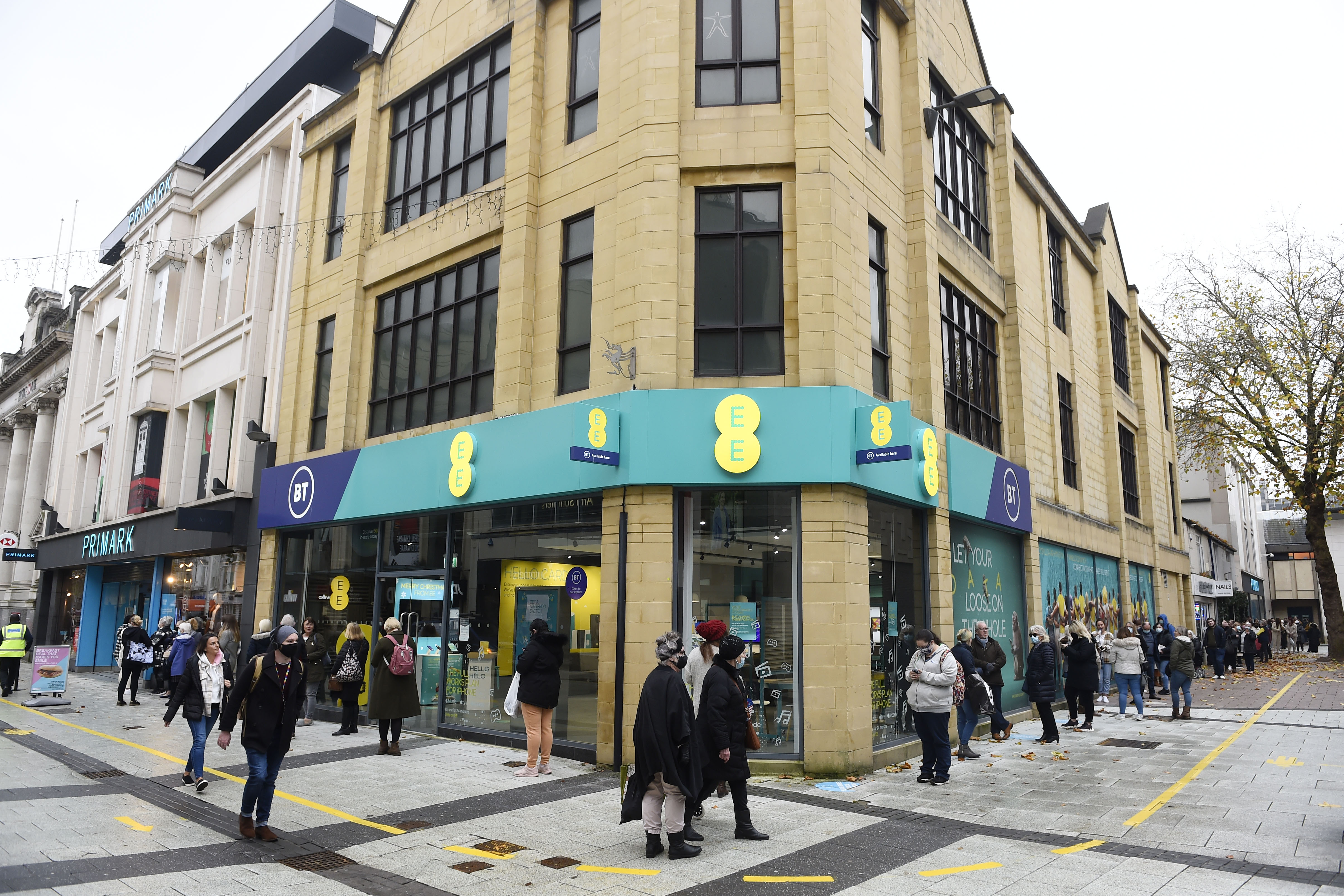 But other restrictions will continue, such as a 10pm curfew on the sale of alcohol and an extension of 'work-from-home' advice.

First Minister Mark Drakeford today thanked Welsh citizens for their “hard work and sacrifices” during the lockdown – but still warned people to obey guidance on only making "essential" journeys.

Wales’ chief medical officer Dr Frank Athetron said there were some “early signs of stability” following the lockdown, and that cases were “levelling off” in hard-hit parts of the country.

Data from The Office of National Statistics suggests that Covid-19 infections are “stabilising” in Wales and across the UK.

But Health Minister Vaughan Gething warned the “sustained reduction” of coronavirus cases would not be seen until after the firebreaker period.

The BBC reports that the positivity rate – the ratio of tests which return a positive result – has also stopped rising during the lockdown.

It comes as England was plunged back into lockdown last week, with hospitality and retail completely shut down until December 2.

Massive queues were seen outside Primark in Newcastle and Sunderland on Wednesday, just hours before the shutdown was imposed.

Only a small handful of critical stores will stay open in England, such as supermarkets, pharmacies and garden centres.

The PM is said to have been reluctantly signed off the second lockdown only after being told that second wave deaths could reach 4,000 a day – four times the number dying every day during the peak of the first wave.

But the data from Government scientists has since been widely discredited and latest figures suggest the second wave's peak may actually have occured last Thursday – the day the second lockdown came in. 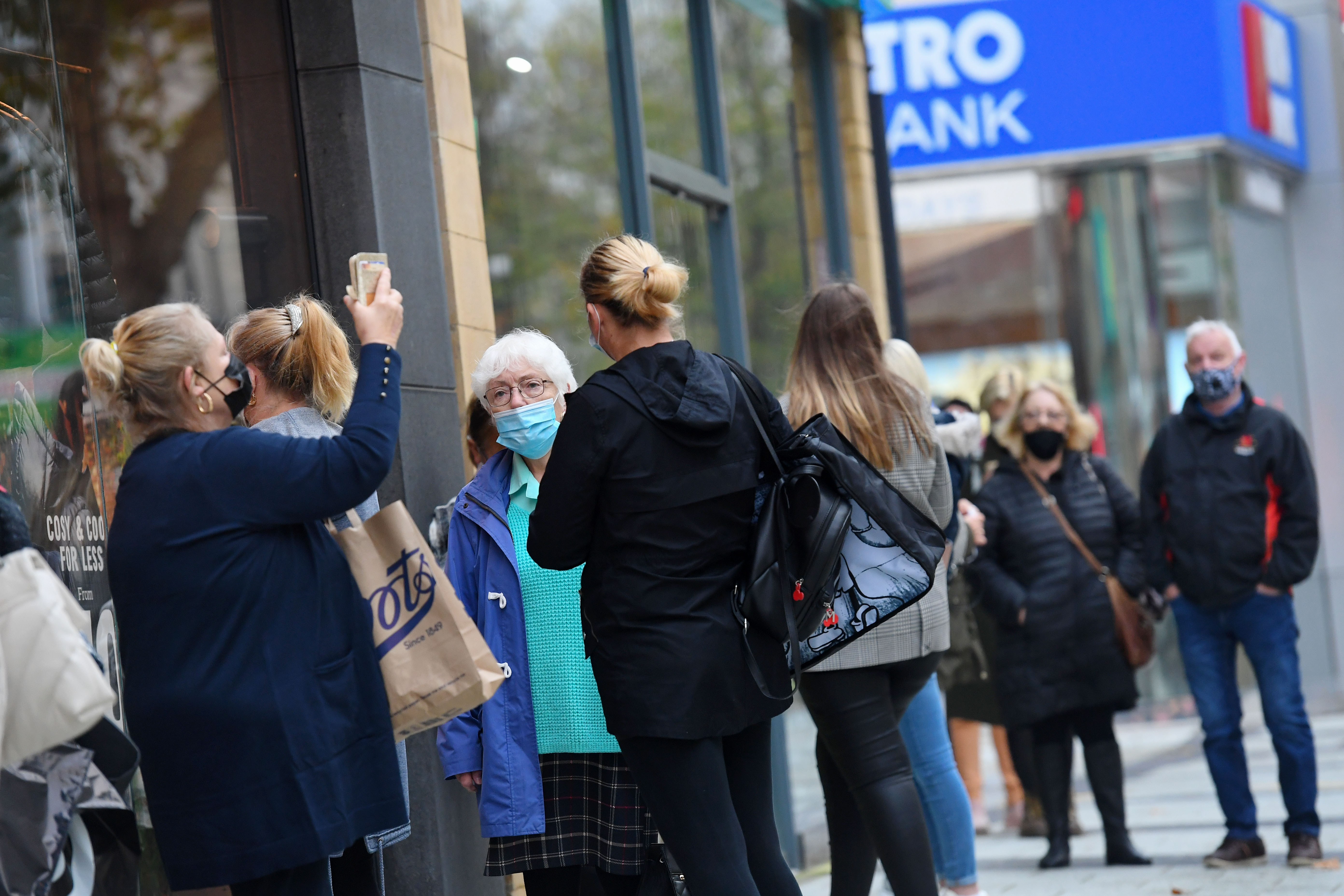 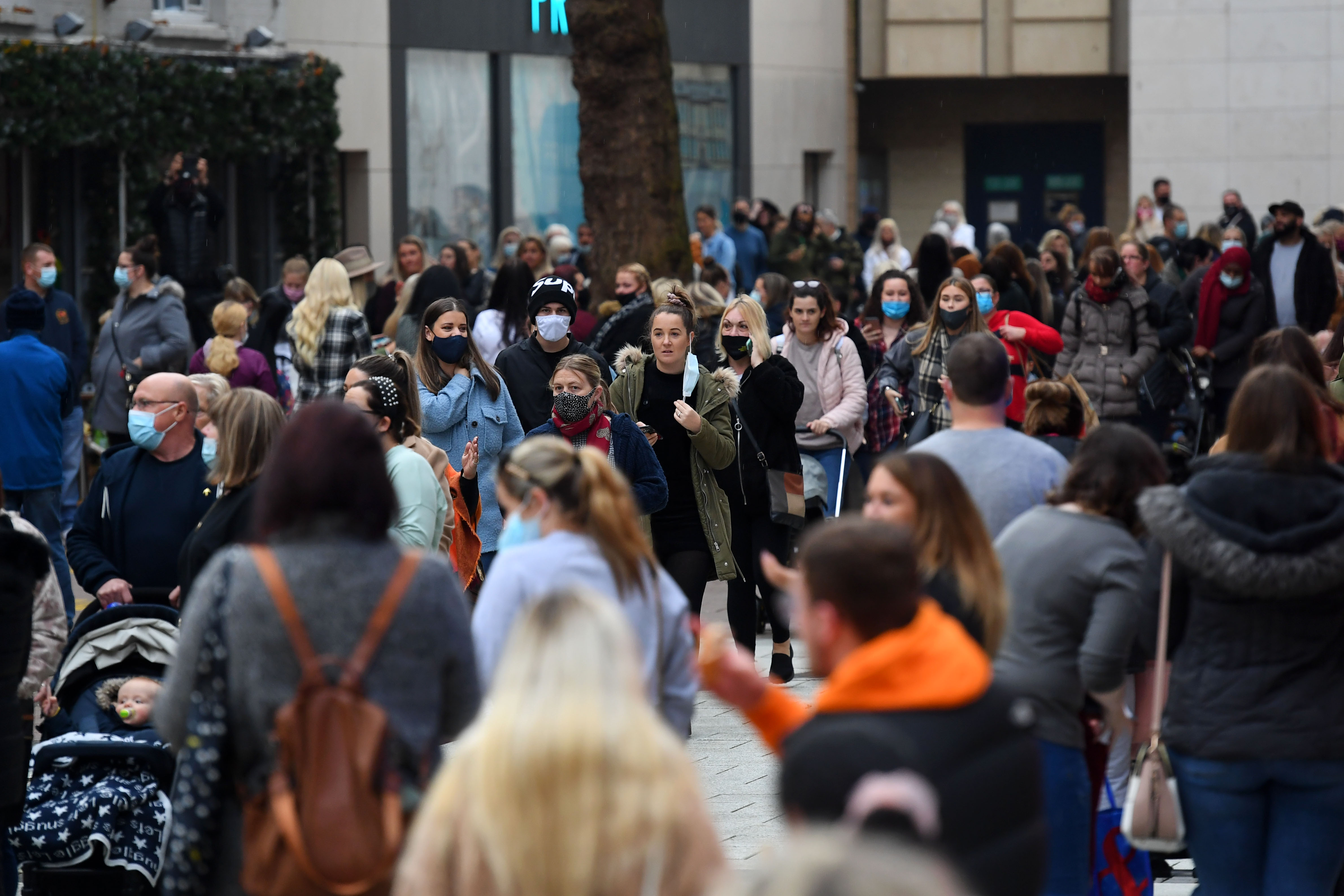 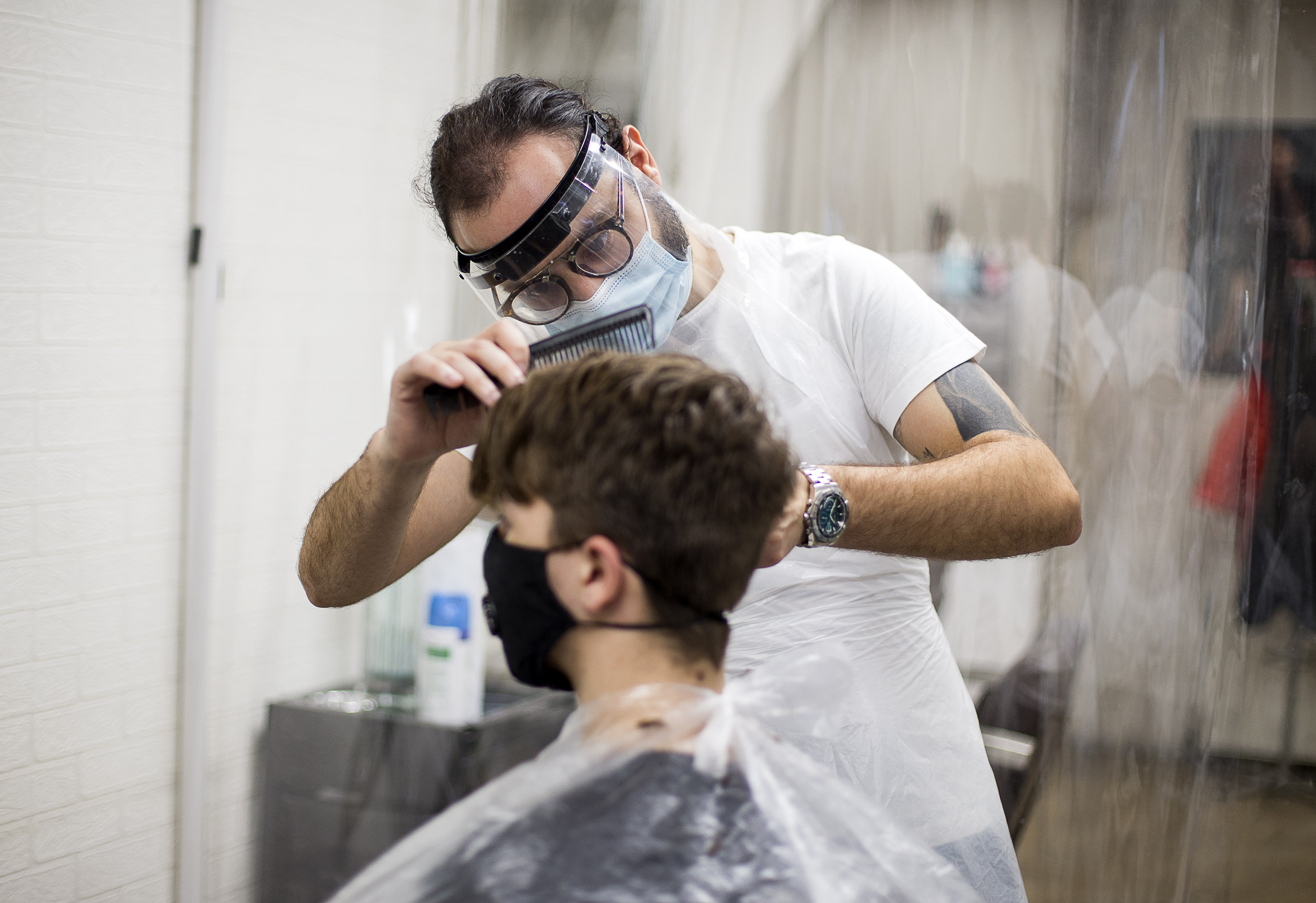 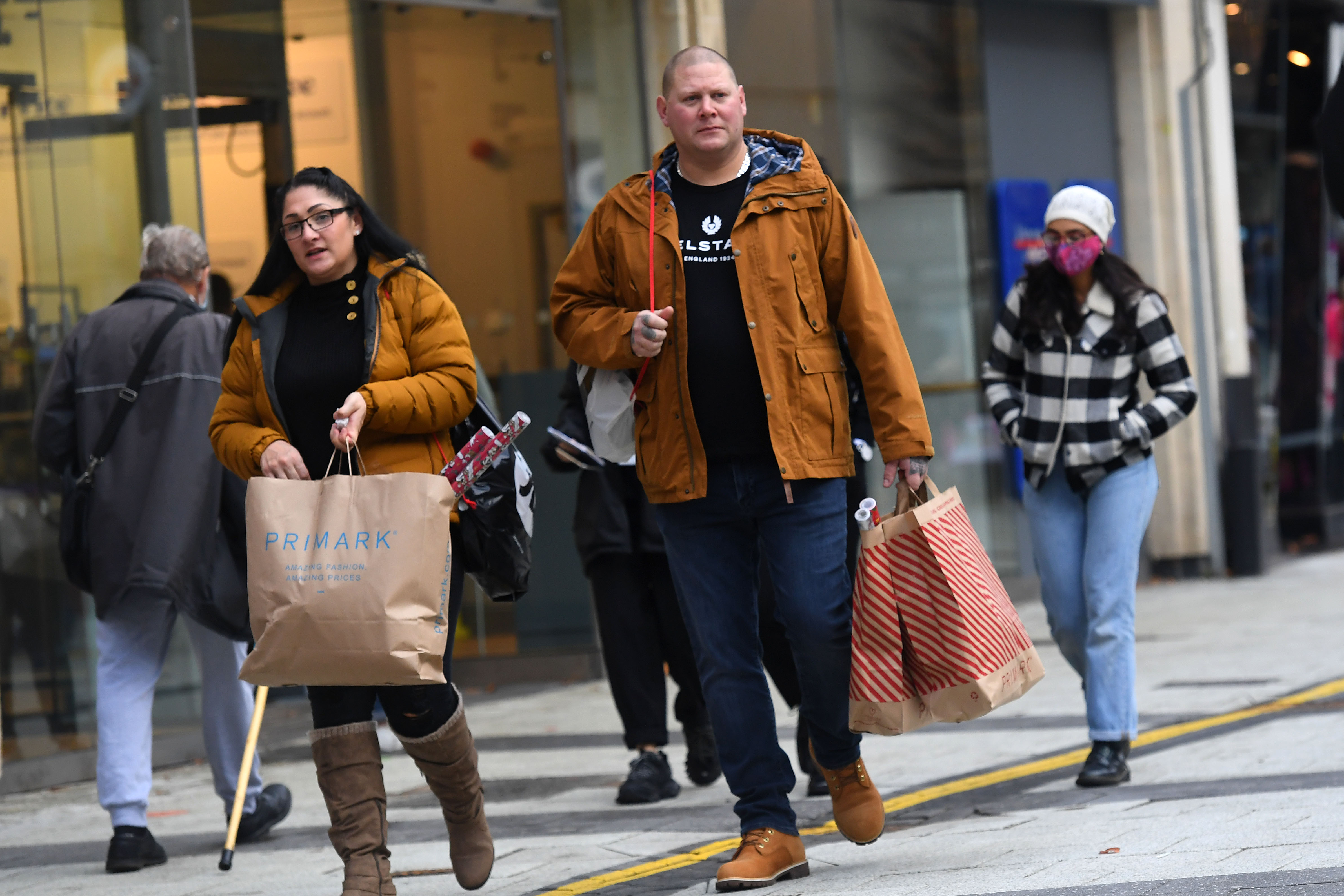