Was my baby girl struck by children's coronavirus?

Was my baby girl struck by children’s coronavirus? KATE MANSEY thought her daughter was dead when she passed out… only for her to recover but develop a temperature and cough

They were 30 seconds of my life that must have aged me about ten years. My toddler had tried to climb the stairs and as she tumbled down the last couple of steps on her bottom, there was a thud and a cry. A normal part of learning to get about for a child of 20 months.

I picked her up and dried her tears, but then the most unimaginable and unexpected thing happened: as Ivy tried to draw breath for her next wail, she passed out cold. Her head lolled back and she went floppy in my arms.

I called her name, tried in vain to get her to respond and shouted for help. I can still hear the blood-curdling, pit-of-the-stomach sound of a woman screaming ‘My baby! My baby!’ which it later occurred to me must have been my own voice.

I ran up the stairs cradling her and locked eyes with my husband – I’ve never seen him look so scared. We both thought our beautiful daughter must be dead.

Yet within moments she had come back around and was hugging my husband’s neck, panting – an Easter Monday miracle.

We rushed her to the A&E at King’s College Hospital, by which time I was sobbing uncontrollably with sheer relief that she would now get medical attention. 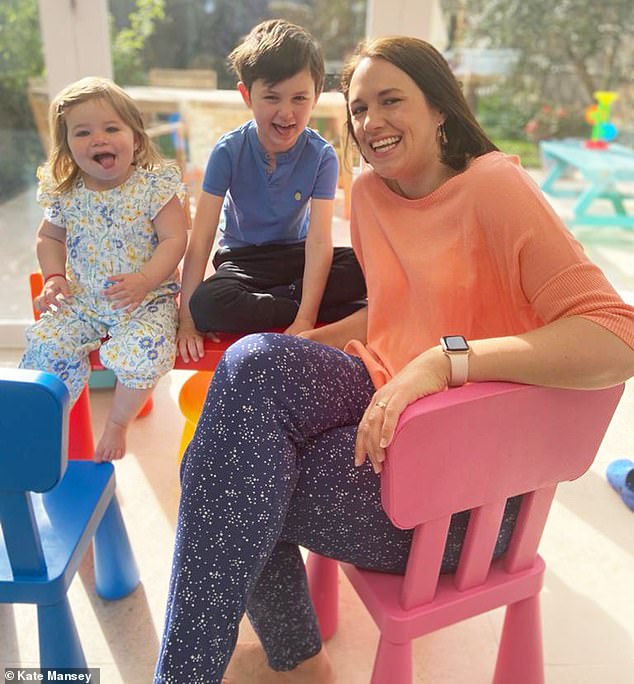 I must have seemed deranged because by now, my little girl was toddling up to the nurses to show them her dolly, her temperature was fine and the consultant said perhaps it was just one of those things that happens to infants from time to time.

They gave us lunch, kept us for three hours of observation and sent us home.

It was only the next day when Ivy developed a temperature and a cough that I wished I had asked them to test her for Covid-19.

For weeks beforehand my son, too, had been experiencing symptoms of the virus that I wouldn’t describe as ‘mild’. And when, last week, NHS leaders issued an urgent nationwide alert to doctors, warning of a more severe ‘coronavirus-related syndrome’ in children, I began to wonder: could this have been it?

I know that other families have seen their children go down with unexpected and sometimes frightening symptoms in the past few weeks before bouncing back. Are children more seriously at risk than we have – so far – been told?

The alert about the new syndrome came from doctors in London and elsewhere in the UK who had noticed a sudden spike in children admitted to intensive care with rashes, convulsions, cardiac inflammation and stomach pain.

The suggestion is that in very rare cases, Covid-19 might cause a child’s immune system to overreact as it battles to fight off the virus. This can lead to a general inflammation of blood vessels similar to Kawasaki disease, a rare condition that usually affects under-fives. It can cause damage to internal organs.

Given what we’d experienced, I began to investigate. At first, the statistics were encouraging. Children seemed largely untouched by the virus. Save for some tragic cases – last month a five-year-old became the UK’s youngest victim – the NHS guidance shows that children, if they do get coronavirus, seem to experience very mild symptoms.

The chances that Ivy had been in danger seemed small.

Children have so far accounted for only between one per cent and five per cent of diagnosed Covid-19 cases worldwide. Mostly they show milder signs of the disease, and deaths among the under-tens are rare. Great Ormond Street experts say about half of children have a fever, 40 per cent have a cough and fewer than ten per cent have gastrointestinal symptoms.

But then came last week’s news that children could not only catch the virus, but that in some rare cases, the consequences are severe. For these children, the immune system, which remains immature right up to adolescence, can become its own worst enemy.

Professor Russell Viner, president of the Royal College of Paediatrics and Child Health (RCPCH), told me that UK medics were the first to spot the alarming – yet rare – phenomenon and have since discussed their findings with Italian and Spanish doctors who realise with hindsight that they, too, have seen such cases. 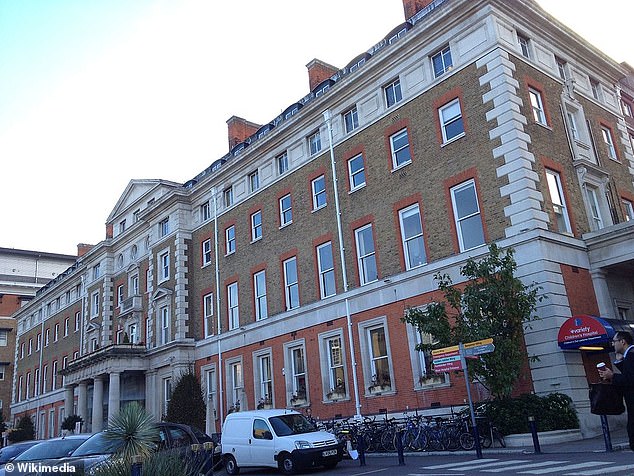 ‘We’ve seen this in adults, too, though not this exact phenomenon,’ said Prof Viner. ‘The link to Covid-19 isn’t yet proven but we think it’s very likely. However, it’s important to realise that this is not a new mutation of the bug or something we’re worried is going to escalate. It’s an incredibly rare subset, and we know how to treat it.’

He added: ‘These findings are testimony to the way our doctors and researchers work together. It’s just what we’re good at.’

There have been 20 cases in the UK, according to the RCPCH, but with no one sign or symptom.

Dr Mike Linney, paediatrician and registrar at the RCPCH, said: ‘All of these children were extremely unwell, with features suggestive of sepsis such as a persistently high temperature coupled with rapid breathing, cold hands and feet and sleepiness.

‘The other symptoms varied greatly in the different cases.’

It all rings a worrying bell for me. Not long before my daughter’s fainting spell, my five-year-old son suddenly fell ill. Ted woke in the night saying he was ‘not vewwy well’. He had started coughing the day before so, with coronavirus on my mind, I checked his temperature. It was normal, so I wondered whether he was just having a bad dream. Unusually clingy, he grabbed my arm and said: ‘Mummy, don’t leave me.’

Within 20 minutes his temperature rocketed to 40C and his little body (why do children always seem to look so much smaller when they’re poorly?) was shaking violently. He was still clinging on to me as I mouthed over his shoulder to my husband: ‘Oh God, this must be “it”.’

Ted vomited several times – the bathroom, his room, our room. Yet within 24 hours he seemed almost back to his usual self. Almost. But here’s the strangest thing: nearly two weeks later, he still wasn’t well and spiralled down again. This time, his fever lasted seven days and nights and his cough had returned with a vengeance.

He complained of a sharp, persistent pain in his armpit and one in his tummy. He had diarrhoea, barely ate and would fall asleep sitting up in chairs. His breathing was laboured and I would go into his room every hour through the night to check on him.

I made a couple of frantic calls to the GP surgery and had a phone call with a doctor and then, a few days later, a video call with another. Was I missing something? Tonsillitis? Appendicitis? Something that could be treated, I hoped.

Their view was that this was coronavirus, and they said that if his breathing got worse I should call back or, if I was really worried, go to hospital.

The boomerang nature of it shocked me but after a week of being so ill – far worse than last year’s chicken pox or his infant case of hand, foot and mouth disease – the colour gradually returned to his cheeks.

Then, within days of the children being ill, I had the cough, too. There followed a week in bed for me with chest pains and a terrifying sensation that felt like drowning despite being on dry land.

Did we all have coronavirus? None of us was tested, but I’d put money on it.

Certainly, we need to know more about how this virus affects children and, in order for us to successfully emerge from lockdown, how they transmit it.

My two are now completely better, thank goodness. But the biggest worry is that other parents will be lulled into a false sense of security and believe, like I did, that coronavirus is not a big deal for children. The fear is that some won’t seek help when it is needed.

As any good doctor will tell you, parents know their child best. You know what ‘a bit under the weather’ looks like and that it’s a world away from ‘desperately poorly’.

We must remember, too, that there are doctors there to help. As the dedicated team at King’s College Hospital said to me: ‘We’re open for business as usual.’