Like a dog up a drainpipe! Water engineers rescue Bedlington terrier that got stuck for 24 hours after chasing rat into waste outlet

A dog that became stuck after chasing a rat up a pipe was rescued by engineers almost 24 hours later.

Olive, a Bedlington terrier, chased the rodent into an outfall waste pipe near a stream during a walk in Florence Park in Oxford on Friday.

Her owner called Thames Water after being unable to find Olive on Friday and Saturday.

Engineers James Lewis and Jack Gale, who are more used to clearing fatbergs, were sent to the scene. 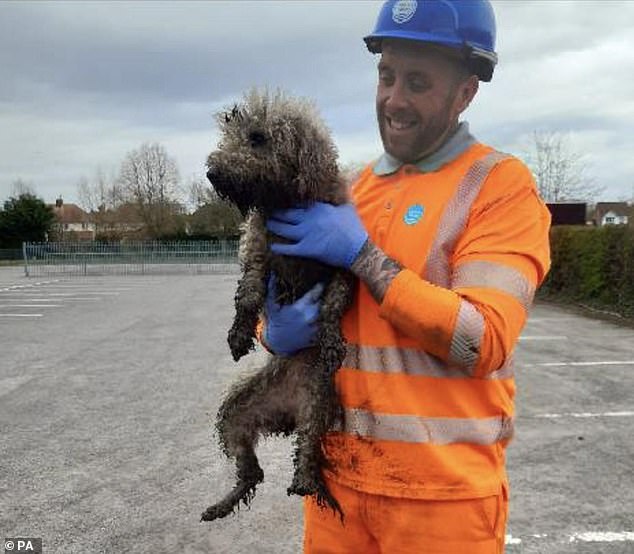 Mr Lewis initially tried crawling up the pipe but it was too narrow, so they spent two hours lifting manhole covers along the length of the pipe.

They finally found Olive, who was wet and muddy but otherwise fit and healthy and pulled her to safety.

‘We’ve both got dogs ourselves, so it was such an emotional moment to get her out,’ Mr Lewis said.

‘I had a lump in my throat. It was a fantastic feeling as we’d both worked really hard.

‘Olive was bouncing around with excitement when she was finally free, it made our day.

‘Her owner had a tear in her eye, she was so thankful, so relieved. She said she hadn’t slept all night.’

Thames Water said engineers like Mr Lewis and Mr Gale will continue to be seen in the community as they are classed as key workers during the coronavirus pandemic.

Staff will be working in roads, at water and sewage treatment sites and in the company’s control and customer centre offices, to maintain essential water and wastewater services. 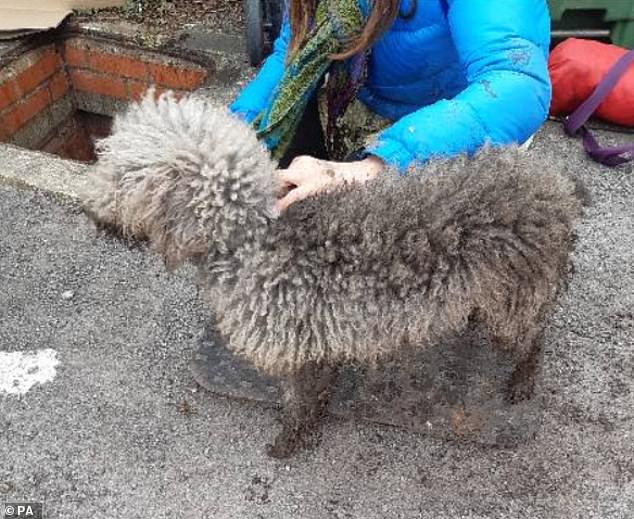 Olive, a Bedlington terrier, escaped unharmed albeit in need for a very thorough wash 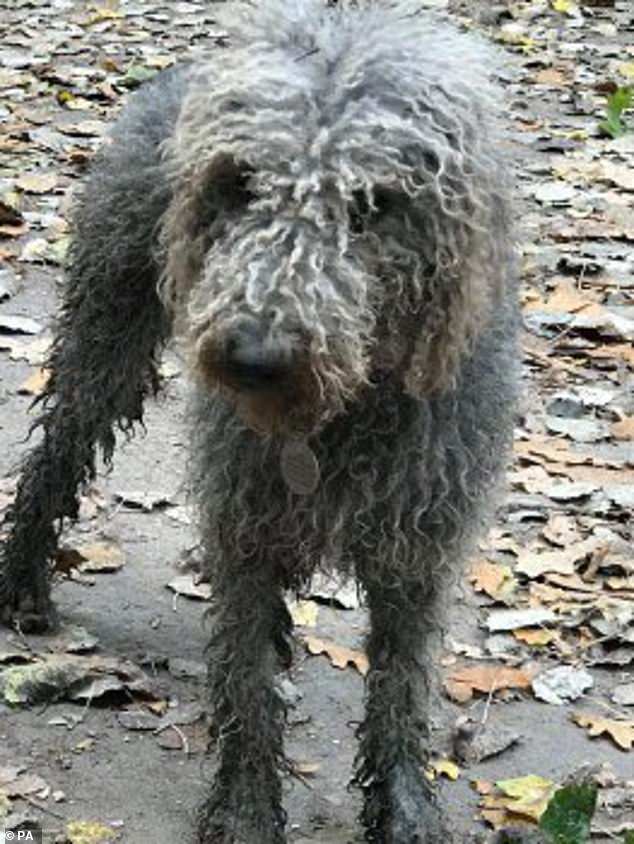 Karen Nelson, regional network manager at Thames Water, said: ‘The Thames Valley team have worked so hard over the last five months during unprecedented wet weather to protect our customers from flooding and protect the environment.

‘Now the team finds themselves in a new challenge which has not been experienced before, but everyone’s so passionate about our customers they will always go the extra mile.

‘I am so grateful to James and Jack, and so proud of every member of the team and what we achieve every day.’