Wife clears husband's name after he died accused of stealing £46,000

Wife finally clears name of her postmaster husband after he died while still facing false Post Office claim he had stolen £46,000

The wife of a postmaster who died while still facing false Post Office claim he had stolen £46,000 has finally cleared his name.

Marion Holmes, 78, has won justice for her husband, Peter, who was a respected postmaster before the Post Office Horizon scandal ‘destroyed’ his good name.

Ex-police officer Peter Holmes had successfully run a sub Post Office in Jesmond, Newcastle, for 13 years, before his world came crashing down due to issues with the Horizon computer system. 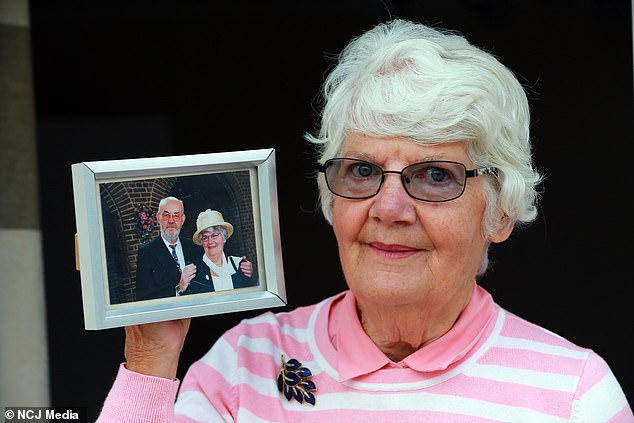 Marion Holmes, 78, has finally won justice for her late husband, Peter Holmes, who was a respected postmaster in Jesmond, Newcastle, before the Post Office Horizon scandal ‘destroyed’ his good name

When more than £46,000 went missing from his books in 2008, Peter found police at his door and shocking criminal accusations made against him.

He was forced to admit four counts of false accounting in order to for prosecutors to drop charges of theft of the money, which could have seen him sent to prison.

In fact, Peter was one of a number of people wrongly prosecuted by the Post Office over errors its own system had made.

This month, the Post Office formally announced it would not oppose appeals against conviction for 44 postmasters it had prosecuted – including Peter.

The news was bittersweet for Marion, now 78, coming almost five years to the day since Peter died suddenly of a brain tumour in October 2015, at the age of 76.

Marion said: ‘All Peter wanted was to see his name cleared, but unfortunately, it came five years too late.

‘When he died, I promised him that I would carry on and get his name cleared and, finally, we have. It’s a relief, but I feel so sorry that Peter is not here to see it.’

Father-of-three Peter was ‘never the same’ after the conviction, she said, becoming depressed and withdrawn, and losing his sense of humour. 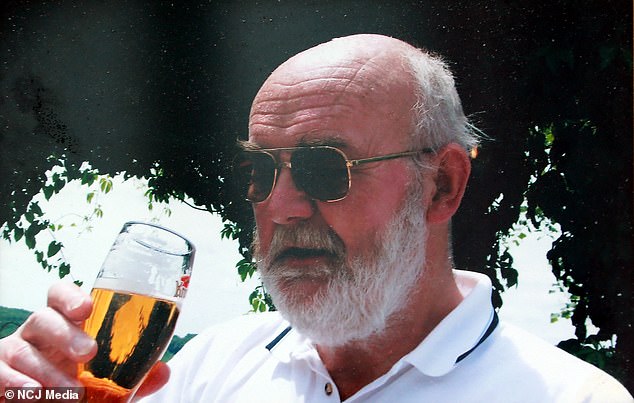 Father-of-three Peter died of a brain tumour in October 2015, aged 76, still facing false accusations of stealing £46,000. His wife said he was ‘never the same’ after the conviction, becoming depressed and withdrawn, and losing his sense of humour

He wanted to keep working, but the conviction left him unable to get paid work and even afraid to apply for volunteer positions in charities.

He was handed a community order with a three-month curfew, but the damage to his reputation was in many ways the greater punishment.

Although friends and family never believed him to be guilty, the trial and surrounding publicity were devastating for Peter and his family.

When the Horizon system was introduced, Peter raised various concerns about the system and the ‘poor training’ received, his wife said.

Ever honest, Peter and his family cooperated when an investigation was launched, believing it would show him to be as innocent as they all knew he was.

Marion said: ‘My first reaction was ‘they don’t seriously think you took that money?’ – nobody would believe that Peter would take a penny, there was nobody more honest.

‘I just couldn’t believe it when he was charged with theft as well.

‘I think we all just went through it thinking that justice would be served, that it wouldn’t let him down, but it did.’

Hundreds of Post Office staff were wrongly accused due to a flaw in the Horizon IT system. The company paid a £58million settlement to postmasters last year after a High Court battle

Announcing the Post Office would not oppose appeals in 44 of the 47 cases referred by the Criminal Cases Review Commission, chairman Tim Parker said: ‘I am sincerely sorry on behalf of the Post Office for historical failings which seriously affected some postmasters. Post Office is resetting its relationship with postmasters with reforms that prevent such past events ever happening again.’

The organisation has committed to making ‘fundamental changes to our culture, practices and operating procedures’, is carrying out a probe into its historical prosecutions, and says it is working to ensure civil compensation can be claimed ‘as quickly as possible’.

But Marion said she would ‘never forgive the Post Office’ for taking so long to clear the name of her husband, and many other ‘upstanding’ people who were wrongly accused.

‘He was treated terribly by them and it is a disgrace that it has taken nearly 11 years for them to accept what they have done,’ she added.

What happened in the Post Office Horizon IT scandal?

Hundreds of Post Office staff were wrongly accused of fraud, theft and false accounting after cash appeared to vanish from tills.

A lengthy and murky legal campaign saw postmasters branded thieves, bankrupted and in some cases jailed.

For years the Post Office denied there was anything wrong with its IT, but it later emerged the Horizon counter-top computer terminals were riddled with bugs.

In December the Post Office capitulated after a long legal battle costing £32million of taxpayers’ cash in legal costs before paying out £58million and apologising to wronged postmasters.

However, many of the victims still carry criminal convictions, though today it was announced that up to 44 postmasters are set to finally have them quashed.

The fallout continues, however, and there have been calls for a full public inquiry into what has been described as ‘biggest miscarriage of justice in UK history’.