Former Watergate prosecutor predicts tax evasion charges loom for Donald Trump after he leaves office – so will he be the first President to pardon himself?

A former Watergate prosecutor last night predicted that President Trump will be charged with tax evasion after he leaves office.

A report in the New York Times newspaper earlier this year claimed that Mr Trump avoided paying any tax for ten of the 15 years preceding the 2016 election, and paid only $750 in tax in the year in which he won the presidency.

Nick Akerman, a prosecutor during the 1970s Watergate investigation which led to the resignation of Richard Nixon, said: ‘Trump has done a whole series of activities that could qualify as tax fraud. 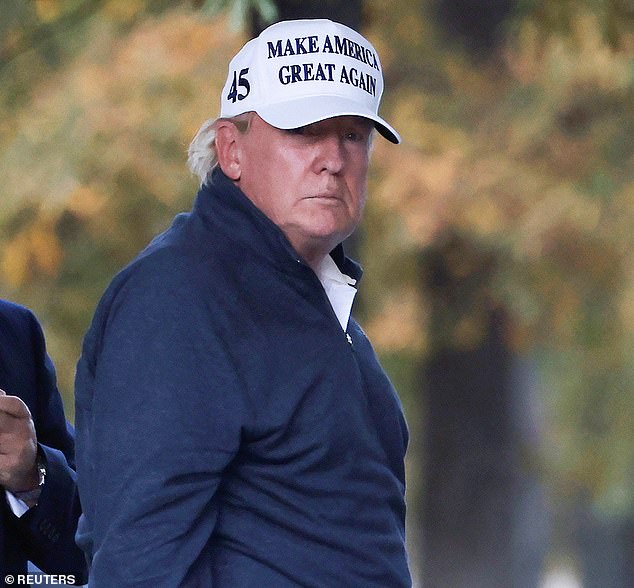 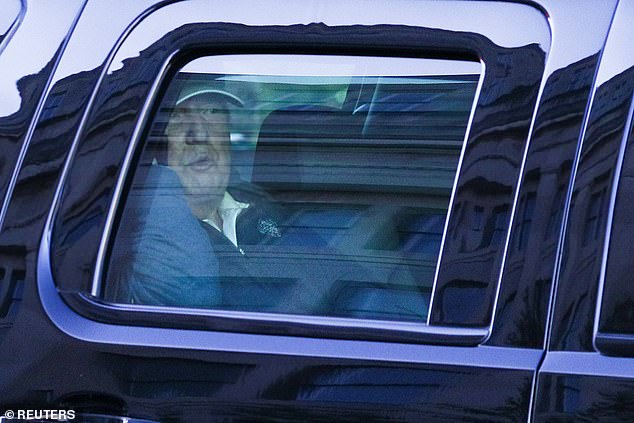 ‘Tax avoidance is simply taking the tax code and getting the most deduction you can and that is perfectly legal.

‘Tax fraud is lying about what your income was, lying what your deductions are.’

The legal spotlight may also fall on members of Mr Trump’s family, including daughter Ivanka, who was reportedly paid $747,000 in ‘consulting fees’ while allegedly at the same time being paid as a Trump employee, which is a violation of US tax laws.

Under American law, a sitting President cannot be indicted on any criminal charges, but unless Mr Trump pardons himself – or is given a pardon by Joe Biden if he becomes President – the outgoing President’s legal woes could quickly mount.

In August, the Southern District of New York – the same legal team which brought charges against paedophile billionaire Jeffrey Epstein and is prosecuting his alleged ‘madam’ Ghislaine Maxwell – indicted Mr Trump’s close friend and business associate Steve Bannon on criminal fraud charges. The department’s chief has been compared to the prosecutor with the same role in the TV drama Billions.

New York prosecutors have been given permission to seek years of the President’s financial documents as part of an investigation into alleged ‘financial improprieties’ within the Trump organisation which has been going on since 2017.

Mr Trump has described the probe as ‘the worst witch-hunt in American history’. He has said the claims are fake news and Trump organisation lawyers vehemently deny them. 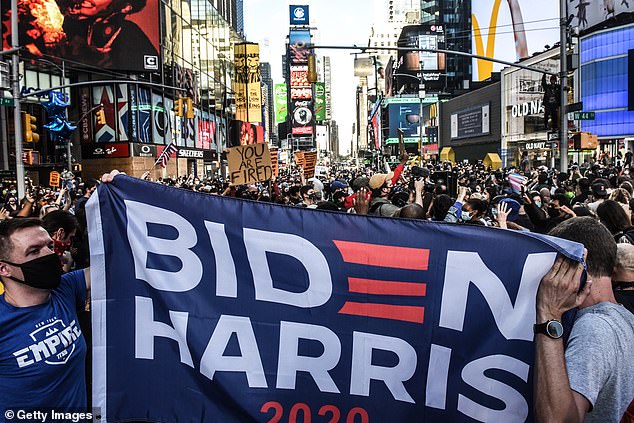 A legal source familiar with the case said: ‘Trump has immunity from prosecution as long as he is President but come January 20 [inauguration day], that immunity ends.

‘No President has ever pardoned themselves but there’s always a first time. There’s nothing legally in the constitution to prevent it.’

Any financial records would be subject to grand jury secrecy laws barring them from being made public until a trial, should charges be brought.

‘There is a lot of speculation that the district attorney could come after Trump and his immediate family – members like Don Jr and Ivanka,’ the source said. Donald Jr and Ivanka deny any wrongdoing.

Michael Cohen, Mr Trump’s former personal lawyer who has pleaded guilty to multiple counts of tax evasion and served time in prison, said he predicted that Mr Trump ‘may soon be the first sitting President to go from the White House straight to prison’.

The President has vehemently denied any wrongdoing but Cyrus Vance Jr, the district attorney for Manhattan, said his office was investigating ‘possibly extensive and protracted criminal conduct at the Trump organisation’.

Beyond taxes, the probe is said to include allegations that the President provided banks and insurers with false statements about his financial position in order to receive lower interest rates and premiums.

Mr Cohen claims that he paid the money into Mr Trump’s campaign fund, which was then given to Ms Daniels. Under US law, Mr Cohen should not have given the campaign more than $5,400. Mr Trump has denied having sex with Daniels.

Some have even called for Mr Trump to be charged with negligent homicide for his handling of the Covid-19 pandemic, which has claimed the lives of a quarter of a million Americans. However, one former federal prosecutor said: ‘It is a crazy notion that will never happen.’

The source continued: ‘The best thing in the minds of many is that Trump just goes away quietly – but that’s never going to happen.’

On a separate front, Kamala Harris, who will be Mr Biden’s Vice President, said last year: ‘I believe the Justice Department would have no choice and they should pursue obstruction of justice charges in relation to the Mueller investigation into whether President Trump colluded with the Russians during the 2016 election.’

The report by former FBI Director Robert Mueller absolved Mr Trump of wrongdoing, but more than 1,000 former federal prosecutors said if he had not been President, his conduct would have resulted in charges for obstruction of justice.

Melania ‘counting down the minutes until divorce’

He has lost the election – but could Donald Trump be about to lose his wife too? Melania Trump is famously said to have burst into tears when her husband triumphed in 2016, with one friend saying: ‘She never expected him to win.’

She waited five months before moving from New York to Washington, allegedly because the couple’s son Barron ‘needed to finish school’.

But former aide Stephanie Wolkoff claimed Melania was negotiating a post-nuptial agreement to give Barron an equal share of the Trump fortune. Ms Wolkoff alleged the Trumps had separate bedrooms in the White House and ‘a transactional marriage’. Fellow ex-aide Omarosa Manigault Newman claimed the couple’s 15-year marriage was over, adding: ‘Melania is counting every minute until he is out of office and she can divorce. If Melania were to try to pull the ultimate humiliation and leave while he’s in office, he would find a way to punish her.’ 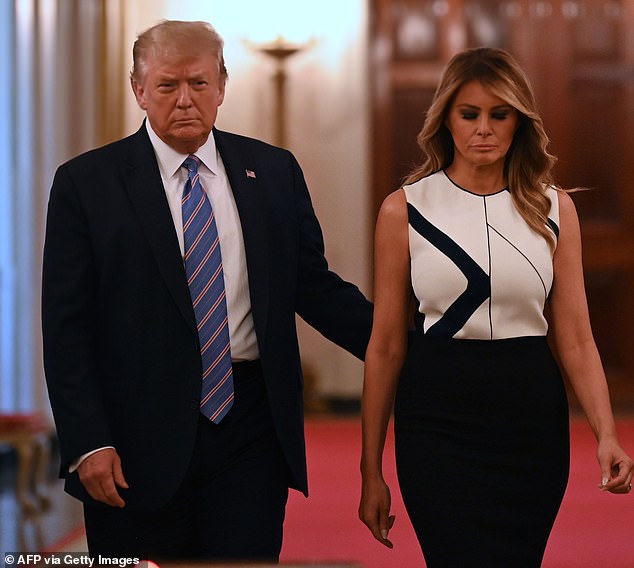 Melania Trump, pictured with her husband President Donald Trump, left, is said to be preparing to divorce the businessman as soon as they leave the White House

Despite frosty moments in public, Mrs Trump, 50, claims she has ‘a great relationship’ with her husband, 74. Meanwhile, he insists that they never argue.

Mr Trump’s prenup agreement with second wife Marla Maples prevents her from publishing any book or giving interviews critical of him. Lawyer Christina Previte said it was likely Melania had agreed to a similar code of silence.