Nearly 18 months ago, when it appeared Robert Kraft’s misdemeanor prostitution charges were headed for a revealing crossroads in a courtroom, NFL commissioner Roger Goodell made a proclamation about the New England Patriots owner.

Kraft would face the same personal conduct microscope as everyone else, regardless of his status as one of the league’s most powerful cornerstones.

“The personal conduct policy applies to everybody,” Goodell told reporters in late March 2019, following the league’s spring meetings in Arizona. “Commissioners. Owners. Executives. Players. Coaches. And it will be applied to everybody. But it will be done after we get all the facts and have all the information. … We will be fair and smart about it, and that’s what we will do.”

Well, the time has come for Goodell to embrace whatever move he has left, which may be virtually nothing after Florida prosecutors dismissed a misdemeanor charge of prostitution against Kraft on Thursday. That surrender was a virtual certainty since late August when Kraft notched his second legal victory in his case as an appeals court tossed out video that allegedly showed Kraft soliciting and engaging in a sex act at a Florida day spa.

It completes a resounding court whooping by Kraft’s attorneys, who successfully argued that authorities illegally overreached in their surveillance of the spa by taping a wide swath of individuals in various states of undress over multiple days, regardless of whether they were committing a crime. Ultimately, four judges ruled the tape to be an inadmissible piece of evidence, gutting charges against Kraft and multiple other visitors charged in the prostitution sting. 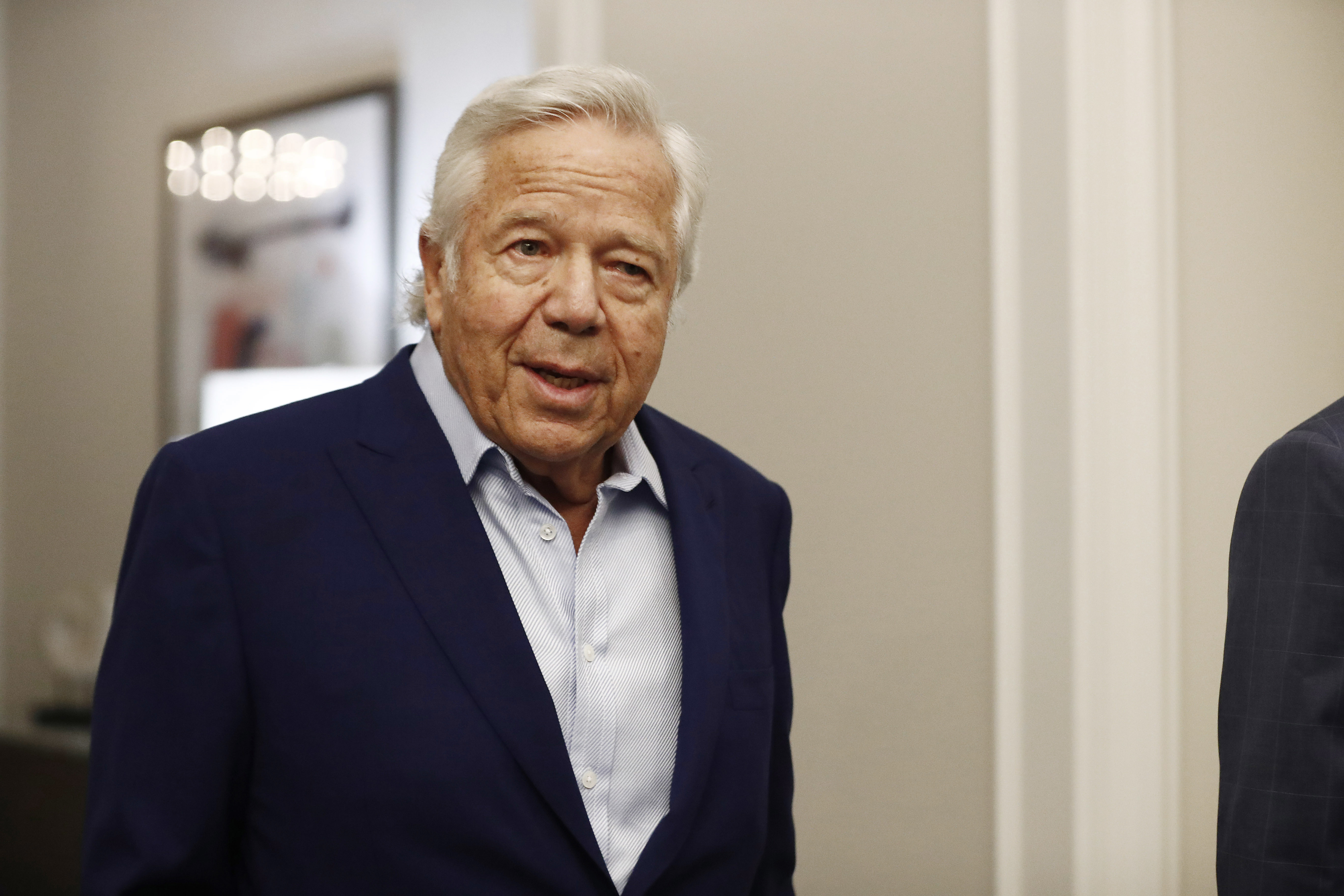 The Florida authorities’ massive mistake — which spawned a class-action lawsuit — also puts the NFL into an almost unwinnable position. Not only was the tape that allegedly captured Kraft deemed to be inadmissible, elements of it appear to be illegal in the parameters of the surveillance.

If there is a bottom of the barrel when it comes to alleged evidence for an NFL personal conduct probe, this might be it. The evidence in question potentially violates the Fourth Amendment rights of some spa patrons. It was considered such a significant debacle that multiple judges invalidated it, unraveling a high-profile federal case.

It’s a reality that leaves the tape essentially ungettable for the league in its own investigation. Even possessing a copy of the footage would likely be deemed illegal for NFL investigators.

Can the NFL and Roger Goodell discipline Robert Kraft?

So, where does that leave the NFL and Goodell’s promise that the personal conduct policy would apply to everyone? What options are left? And how far does the league want to take this?

It leaves the NFL needing significant witness cooperation to continue a personal conduct probe. Essentially, there are no other options beyond Kraft interviewing with investigators and declaring his guilt. And the NFL faces a road with some aggressive territory to continue forward.

That’s bleak, and it runs headlong into the teeth of Goodell’s statement about making a conduct judgment “after we get all the facts and have all the information.”

Without a tape, NFL investigators can attain new facts and information in one of three ways.

They can seek an audience with Kraft directly and finesse an admission, which is extremely unlikely. They can attempt to interview the prosecutors who just had their lunch handed to them by Kraft’s lawyers and who are likely to distance themselves as far as possible from the botched case. Or NFL investigators can head to Florida and attempt to find witnesses from inside the day spa, in hopes they would go on the record against the Patriots owner.

Of course, it doesn’t mean NFL investigators won’t take one or all of those paths. Particularly, they could pursue them given the multiple times the Patriots have run afoul of league rules over the past two decades. There’s no telling when Goodell and his investigators will go the extra mile just to make a point about the Patriots. Maybe that would have happened if this wasn’t a pandemic season, which delivered more than enough issues for the league office to deal with as it is.

But these aren’t normal times, and Kraft’s case was anything but a run-of-the-mill trove of irrefutable proof. If it was, he’d be headed for a courtroom in the coming weeks or months, rather than on his merry way — having shut down his legal case, federal prosecutors and virtually any hope the NFL had of making its personal conduct case.