A WOMAN has been arrested for allegedly pinning a racist letter ordering residents of a San Francisco Bay Area town to move out of their homes so "a white person can move in".

Nancy Arechiga, a 52-year-old resident of San Leandro, is alleged to have left the notes at five different homes in the Heron Bay section of the Oakland suburb on Friday. 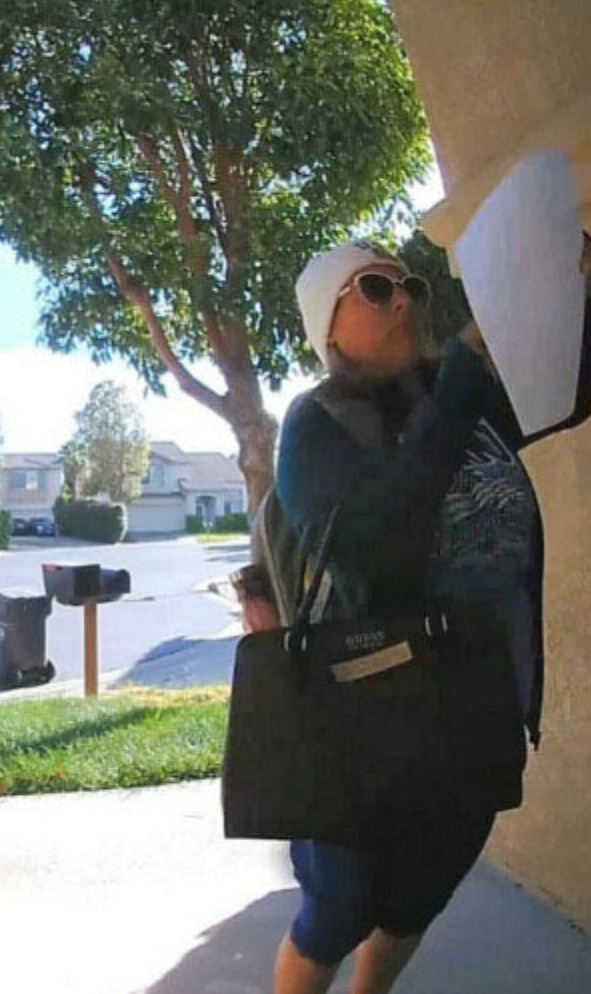 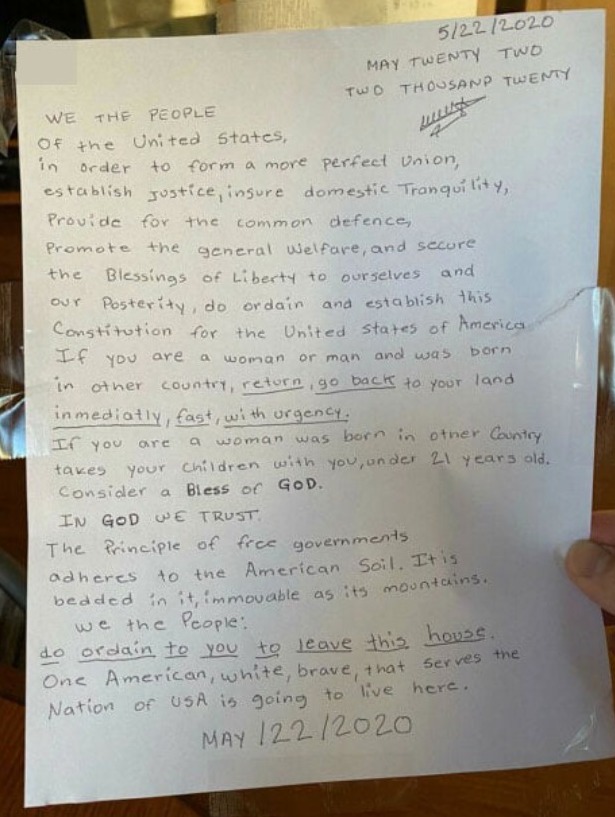 The woman, who appears to be in her 50s, was photographed leaving the note by a Ring security camera at one home and images of the woman and the letter circulated on social media and went viral.

The letter, which was dated May 22, read: "We the People of the United States, in order to form a more perfect union, establish justice, inspire domestic tranquility, provide for the common defense, promote the general welfare and secure the blessings of liberty to ourselves and our posterity, do ordain and establish this Constitution for the United States of America.

"If you are a woman or man and was born in another country, return, go back to your land immediately, fast, with urgency.

"If you are a woman who was born in another Country takes your children with you, under 21 years old. Consider a Bless of God."

In conclusion, the note reads that residents of the home should move out so a white person could move in.

The letter reads: "Do ordain to you to leave this house.

"One American, white, brace, that serves the Nation of USA is going to live here."

The San Leandro Police Department alleged they arrested Arechiga while she was carrying a backpack containing copies of the offending note.

Investigators said they found a similar note on Thursday attached to a local information board. 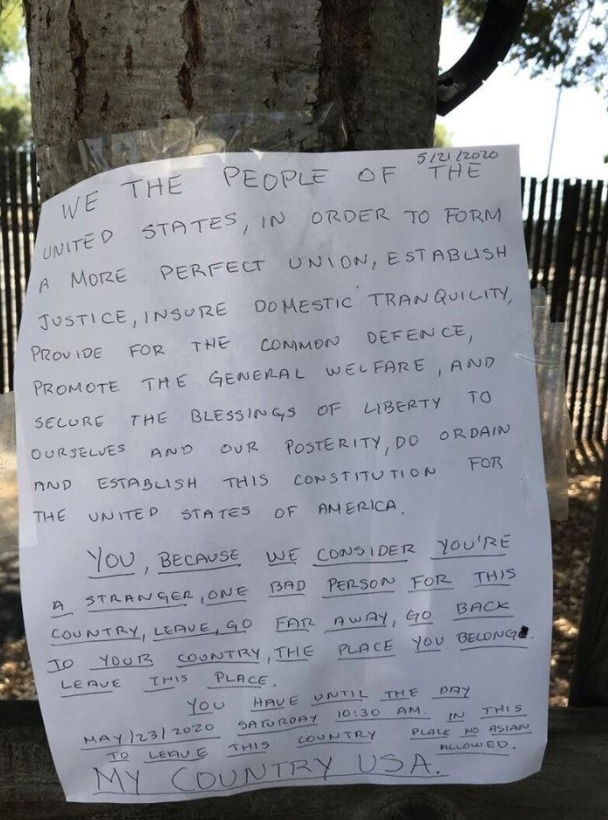 San Leandro Police Lieutenant Isaac Benabou said: "San Leandro is a community of beautifully diverse people, who share a common desire to live in harmony, and free from intimidation.

"We welcome people's rights to express themselves, but not in a manner that infringes upon a community's sense of security and wellbeing."

Arechiga was booked into Alameda County's Santa Rita Jail in Dublin and released on bail.

On Facebook, a targeted resident, Trinny Wynn wrote: "This happened today, a white woman wearing a USA beanie targeted People of color homes with this letter at their front doors.

"This occurred in a quiet and well diverse middle-class community in San Leandro.

"My family's house was also targeted… We were able to capture all this on camera.

"There is no room for this hateful and despicable behavior in this society.

"If you recognize this woman, please report it to the police."

San Leandro's mayor, Pauline Cutter, released a statement reading: "The City of San Leandro is committed to being a welcoming place for everyone.

"There is no place for hate in our community." 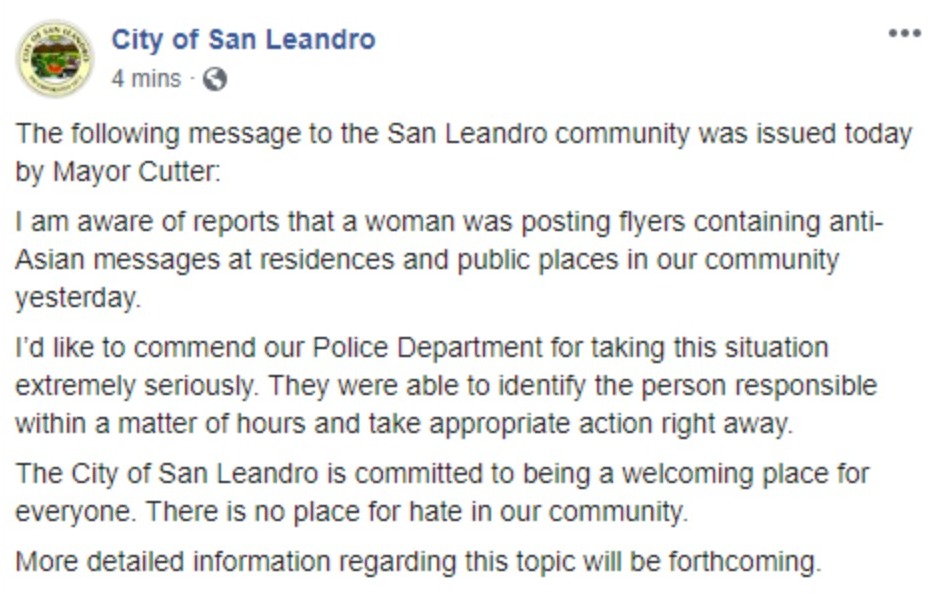 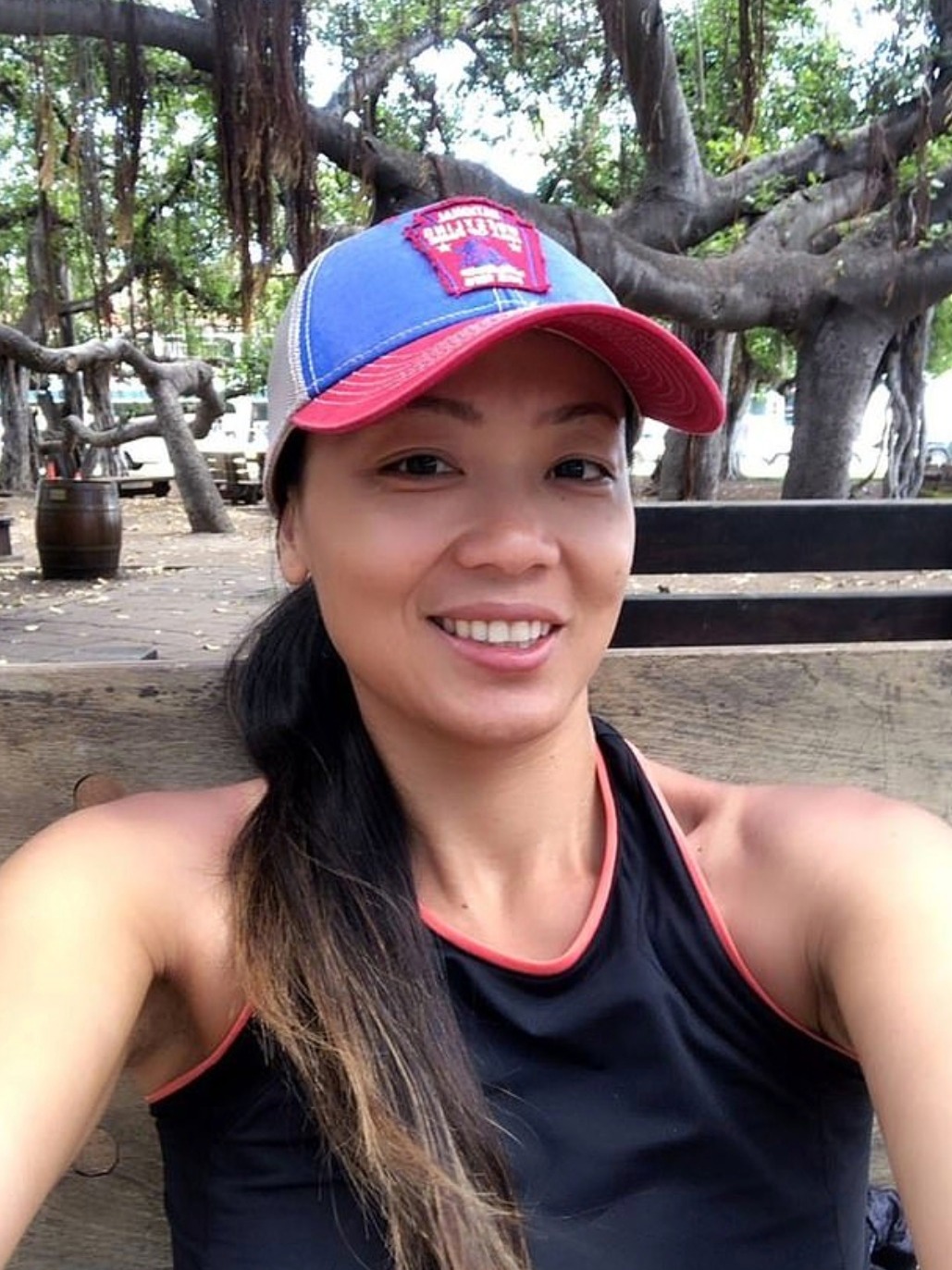