A WOMAN confronts a “creepy” old man as she alleges he took sneaky pictures of her and other girls on a beach in Florida.

The footage, uploaded to social media site Reddit, shows a beachgoer approaching two men who are chatting underneath a parasol. 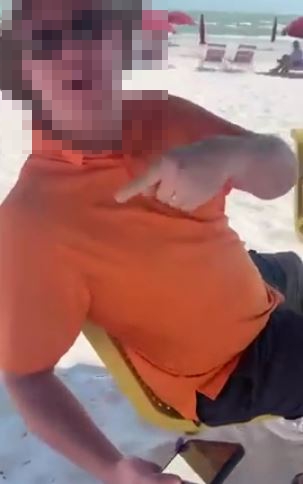 A woman claims that a man, who is wearing an orange polo shirt, has taken pictures of girls on the beach and requests that he deletes the alleged snaps.

He willingly shows her his phone and deletes a picture of what looks like a woman standing by the sea.

The man tries to show the woman some of his other screenshots and pictures before she swipes back to the alleged pictures of the beachgoers.

She says: Where’re the others? Oh, here’s some more. Keep going because they’re all this way. Delete them." 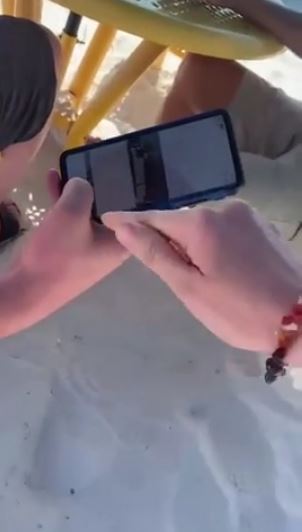 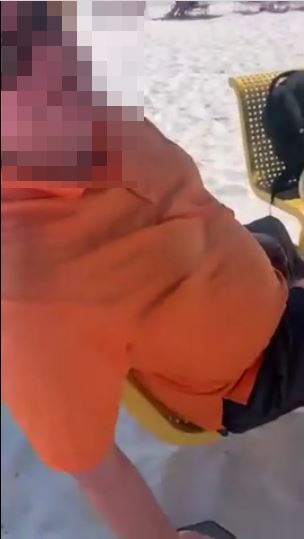 The woman shouts at the old man before she flicks through his photo album trying to look for a picture of herself.

The woman reminds the man that she isn’t going to leave him alone until the alleged pictures have been deleted.

Appearing to warn others on the beach, the woman claims: "This man is taking pictures of all these women. This is disgusting."

The man in the orange shirt continues to scroll through his saved pictures in his photo album.

The beachgoer asks: “Where’s the one of me?”

Looking confused as he holds his left hand in the air, the man replies: "I don’t have (a picture of) you."

The man invites her to point out the alleged pictures that she wants him to delete.

It’s not known if the man deletes the alleged snaps as the phone moves out of shot.