Woman gives BIRTH at Notting Hill Carnival: Paramedics rush mother and baby to hospital after she goes into labour during street party

A woman gave birth at the Notting Hill carnival yesterday afternoon before paramedics took the mother and her newborn child to hospital.

Police rushed to help the expectant mother as she went into labour in a side street near Europe’s largest street festival.

The officers were seen comforting the woman before paramedics arrived and took the mother and baby away in an ambulance. 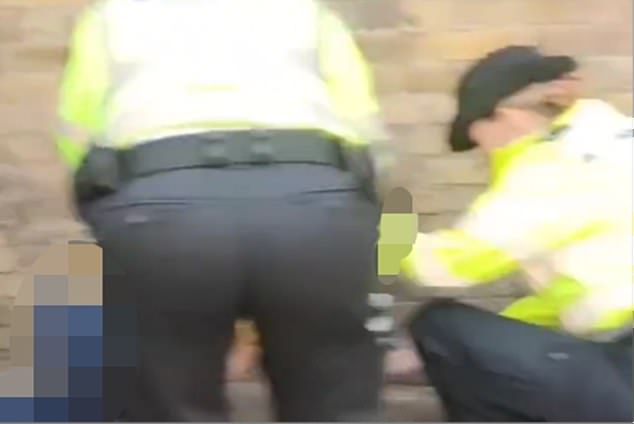 A London Ambulance Service spokesman said: ‘We were called at 18.45 on Sunday 28 August to reports of a person in labour within the footprint of Notting Hill Carnival.

‘We treated an adult and baby at the scene and took them to hospital as a priority.’

MailOnline has asked for an update on the condition of the mother and baby.

Notting Hill Carnival continued for a second day today after returning for the first time in three years.

Some 13 steel bands, 72 mast bands, six Brazilian bands, 36 sound systems and 300 stalls are involved in this year’s festival – with today known as the ‘Adults Day Parade and Carnival’, running from 10.30am until 8.30pm.

The carnival first started in 1966, when about 1,000 people attended, and is famous for its celebration of Afro-Caribbean traditions.

Yesterday kicked off with members of the Emancipated Run Crew – dressed in green in tribute to those who died at Grenfell – beginning the parade and marking the official launch of Notting Hill Carnival. 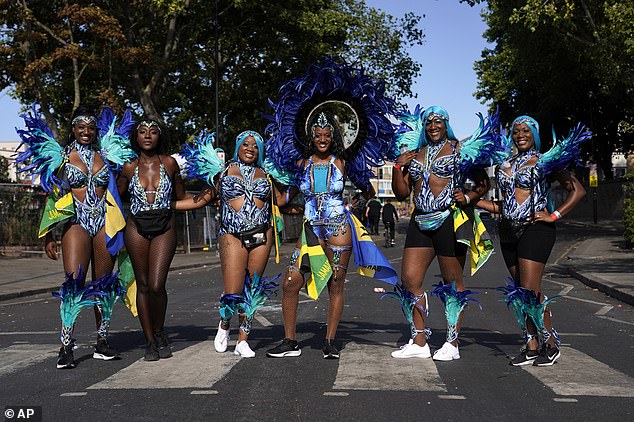