Woman is dragged through streets from a truck in Kenya

A woman was dragged along a road by truck-driving officials in Kenya after she had allegedly refused to give them a bribe.

Footage from the city of Kisumu showed angry locals pursuing the truck as it dragged the woman through the streets in an incident which has caused outrage.

Described by local media as a 39-year-old fruit vendor, the woman is said to have been injured in the legs and arms after being dragged for more than 500 yards.

Regional governor Peter Anyang’ Nyong’o said he was ‘saddened and shocked’ by the footage, saying he had ordered the suspension of the officials involved. 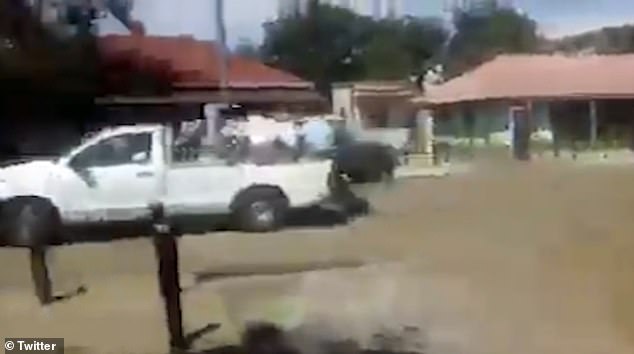 According to local media, the woman had been selling oranges and lemons on the pavement when she was confronted by the city’s enforcers.

Some reports said she had refused to pay a bribe to the officials, also known as askaris, who are described as being notorious for extorting money.

‘They usually take away our goods and demand for money before we get them back,’ she told The Nation.

‘But on this day, I thought I was going to die because they dragged me as the vehicle drove off.’

One of the officials on the truck allegedly grasped her by the hand as the vehicle drove off, leaving her to scrape along the road in full view of pedestrians.

Sensing the anger of passers-by, the truck is said to have driven to a police station while officers sprayed tear gas to disperse the angry crowd. 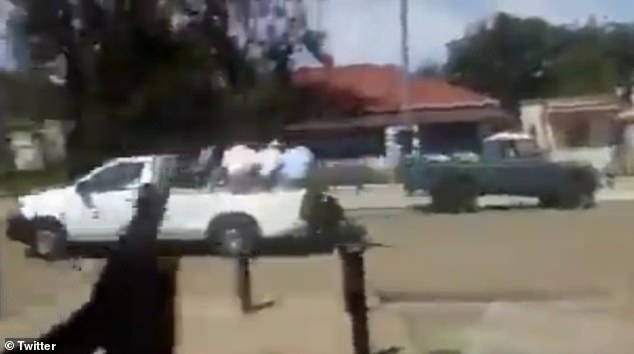 Described by local media as a 39-year-old fruit vendor, the woman is said to have been injured in the legs and arms after being dragged for more than 500 yards 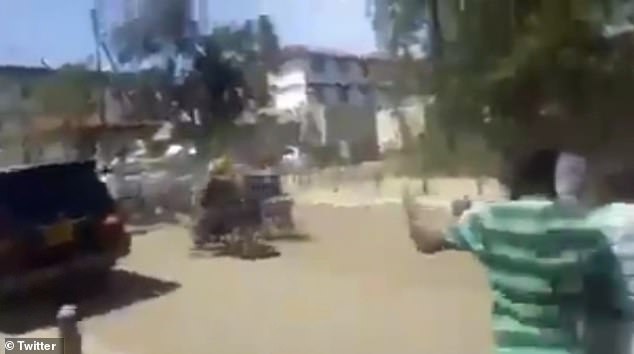 The vendor’s son is also said to have been arrested after confronting the officers, while the woman herself went to hospital to have her wounds looked at.

The Kenya Human Rights Commission described the 17-second clip as a ‘chilling video’ of the woman being dragged through the streets.

County officials ‘have a duty to ensure these officers are identified, arrested and prosecuted,’ the commission said.

‘Such inhumane treatment of civilians can’t be tolerated.’

Nyong’o, the governor of Kisumu county, described the ‘mishandling’ of the female trader as an ‘ugly incident’ and vowed to investigate with ‘urgency’.

‘I have directed the city manager to immediately suspend from duty all the officers who were involved in this incident with immediate effect,’ he said.

‘In the meantime, all county enforcement officers must carry out their duties while fully respecting the human rights’ of their citizens.