Woman, 20, with no driving licence smashed van into wall while trying to out run police in 80mph chase after her life ‘spiralled out control’ following break up

A woman smashed into a wall while driving without a licence as she tried to out run police at speeds of up to 80mph after her life ‘spiralled out of control,’ a court has heard.

Danielle Burns, 20, was spotted speeding through Hattersley, Greater Manchester, in the early hours of the morning in September last year.

When police flashed their blue lights for her to slow down, Burns sped off, leading them on a four-mile chase through nearby Hyde and Dukinfield.

She reached speeds of 50mph over speed bumps on a built-up residential street, but the chase came to an abrupt end after 10 minutes when she mounted a pavement and drove her van into a wall.

She also struck a street lamppost and knocked it to the ground.

Burns, who grew up in care since she was 12-months old, has avoided prison, and instead been given a two-year community order, despite admitting to dangerous driving and driving without a full licence. 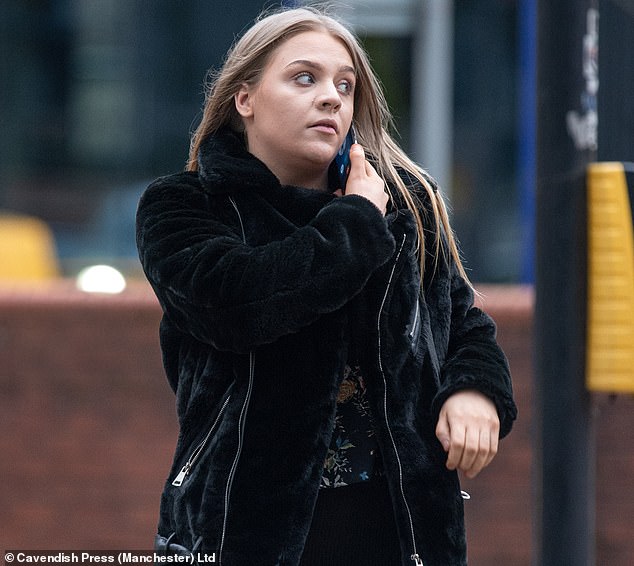 Danielle Burns was given a two-year community order after admitting to driving dangerously and without a full licence. The 20-year-old reached speeds of 80mph during a police chase through Hyde, Greater Manchester, in September 2019

Minshull Street Crown Court heard Burns ran off from the car on foot but an officer chased her down.

Prosecutor Neil Ronan said: ‘She was acting aggressively towards the officer and said ‘get the f*** off me’.

Burns was found to only hold a provisional driving licence.

Niamh Ingam, defending, said her client’s life was ‘spiralling out of control’ at the time of the incident.

‘She was experiencing depression and was self-medicating at the time of the offence following a breakdown of a long-term relationship then an abusive relationship thereafter’, Ms Ingham said.

‘She tells me she was not thinking straight and describes herself as spiralling out of control at the time.

‘She also tells me this is completely out of character for her.

‘She has not driven a car since this incident and tells me that she is scared to even get in a car as a passenger.

‘She is in a much more stable place now than she was at the time.’

Burns’ support worker said despite her vulnerabilities, she had made ‘significant progress’ over the last few months.

Judge Bernadette Baxter said it was a ‘great shame’ that Burns, who had no previous convictions, had now lost her good character.

Sentencing, she told her: ‘Your behaviour during this incident was extremely dangerous, not just to yourself but to others. 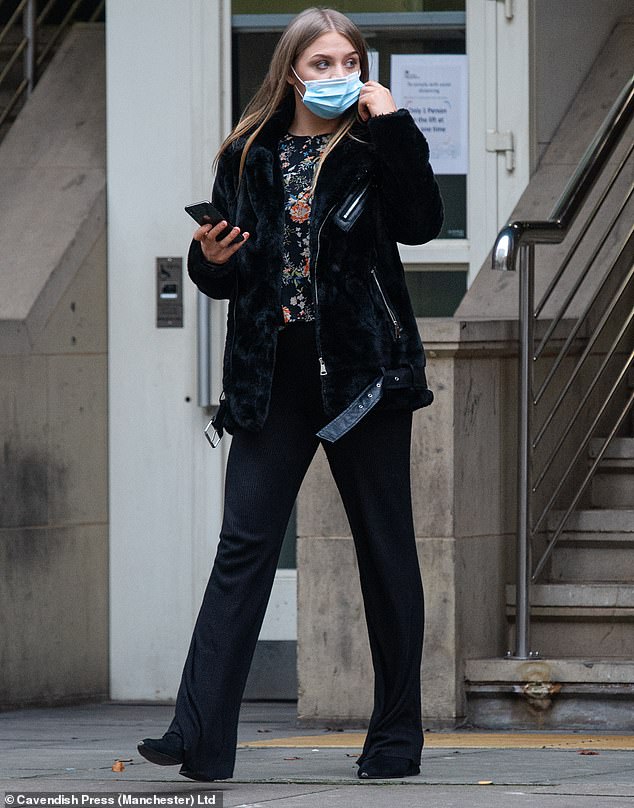 Burns drove over speed bumps on a built up, residential street at speeds of 50mph, Minshull Street Crown Court heard

‘It’s a matter of pure luck that there was no much traffic on the roads or people about at the time, but there could have been.

‘As soon as you saw the blue lights you should have stopped but sadly you made the wrong choice and you sped off and drove dangerously.

‘In my judgement, whilst this is a serious offence there is significant mitigation in your case.

Burns, of Moston, pleaded guilty to dangerous driving and driving without a valid driving licence.

She was sentenced to a two-year community order made up of 30 rehabilitation activity requirement days.

She was also disqualified from driving for 12 months and will have to take an extended retest.