Home » World News » Women playing football? We bloody love it and what the joyous Lionesses have achieved – The Sun

Women playing football? We bloody love it and what the joyous Lionesses have achieved – The Sun

THEY do say that if you want a job done properly ask a woman to do it.

And I, for one, am entirely unsurprised to see that the amazing Lionesses have made it through to the World Cup semi-finals. 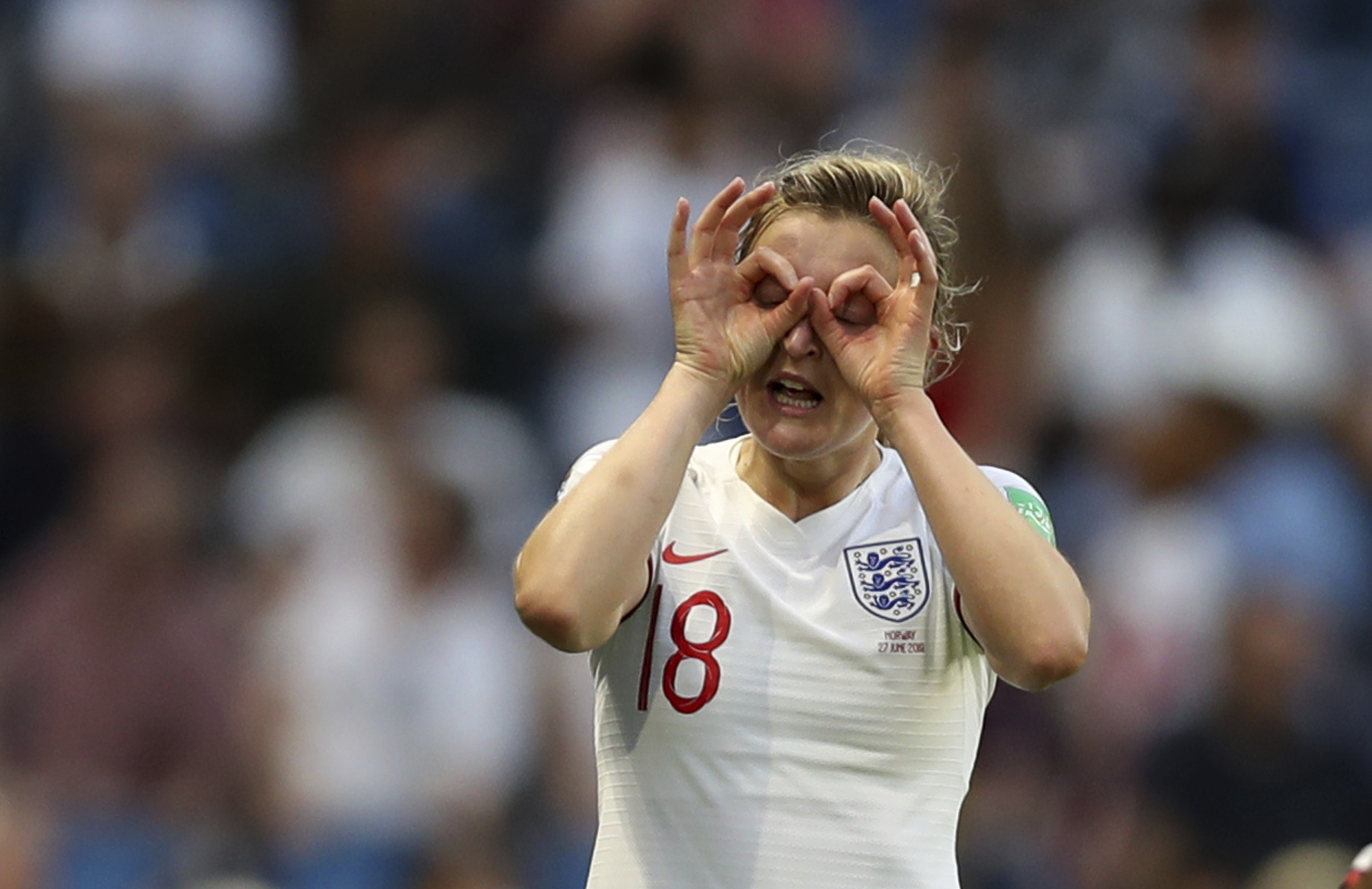 I’ve been as gripped as the rest of the nation by their brilliant, joyful, fabulous playing of the beautiful game over the past couple of weeks.

In fact it feels a bit like everyone’s talking about the World Cup — without even bothering to mention sometimes that it’s the women’s World Cup. Imagine that!

Why the sudden interest in women’s football? I’ve heard more than one person ask.

Well, it doesn’t take a genius to spot the cause and effect — put women’s football on to BBC TV and people will not only watch it, they will bloody love watching it, and realise the level of talent possessed by the likes of Ellen White, Lucy Bronze and the rest of the team. 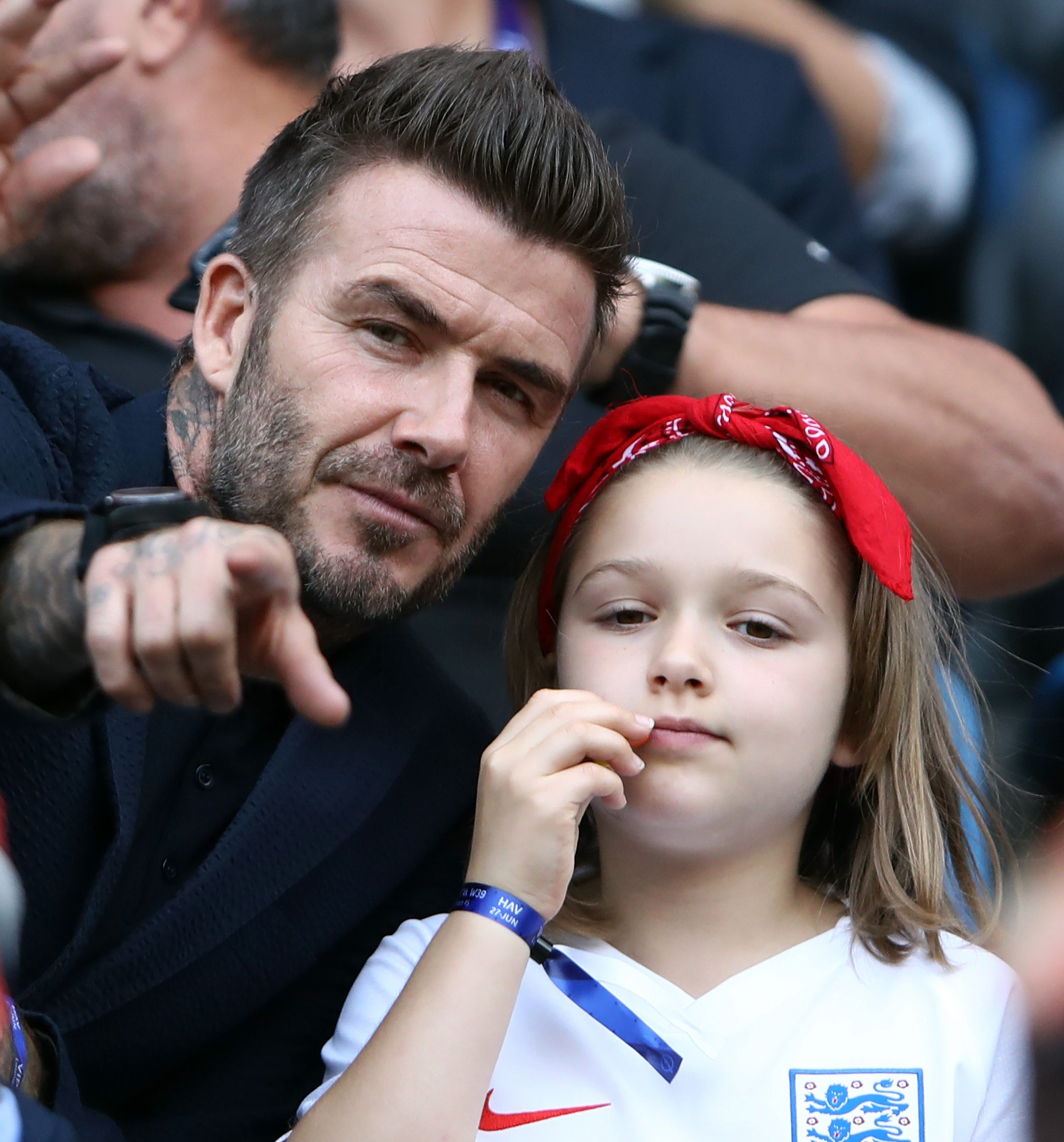 It strikes me that exposure and access is the only reason that we as a nation have cared so much less about women’s football than men’s in recent years. In fact, I know this to be true. You know how?

Maybe you already know this too but just to recap, this isn’t the first time that our nation has fallen in love with women’s football.

Cast your minds back a hundred years or so to World War One when any man fit enough to play football had been sent to fight on the front line.

Back at home, it turned out that women were completely able to do so much more than stay at home looking after children.

In fact they were able to not only take on the men’s jobs — they also took their places on the football field. And people loved watching them.

Women’s football was absolutely huge during World War One, drawing crowds of up to 53,000 even after the war had ended.

These pioneering women managed to achieve phenomenal success and recognition, and they did it at a time when such a thing would have seemed nigh on impossible. They defied society, challenged convention, cocked a snook at tradition and expectation — and changed the mindset of a nation by taking women’s football to unprecedented  heights, all within a couple of years.

And they did it because the men were away fighting — and so they were allowed to. 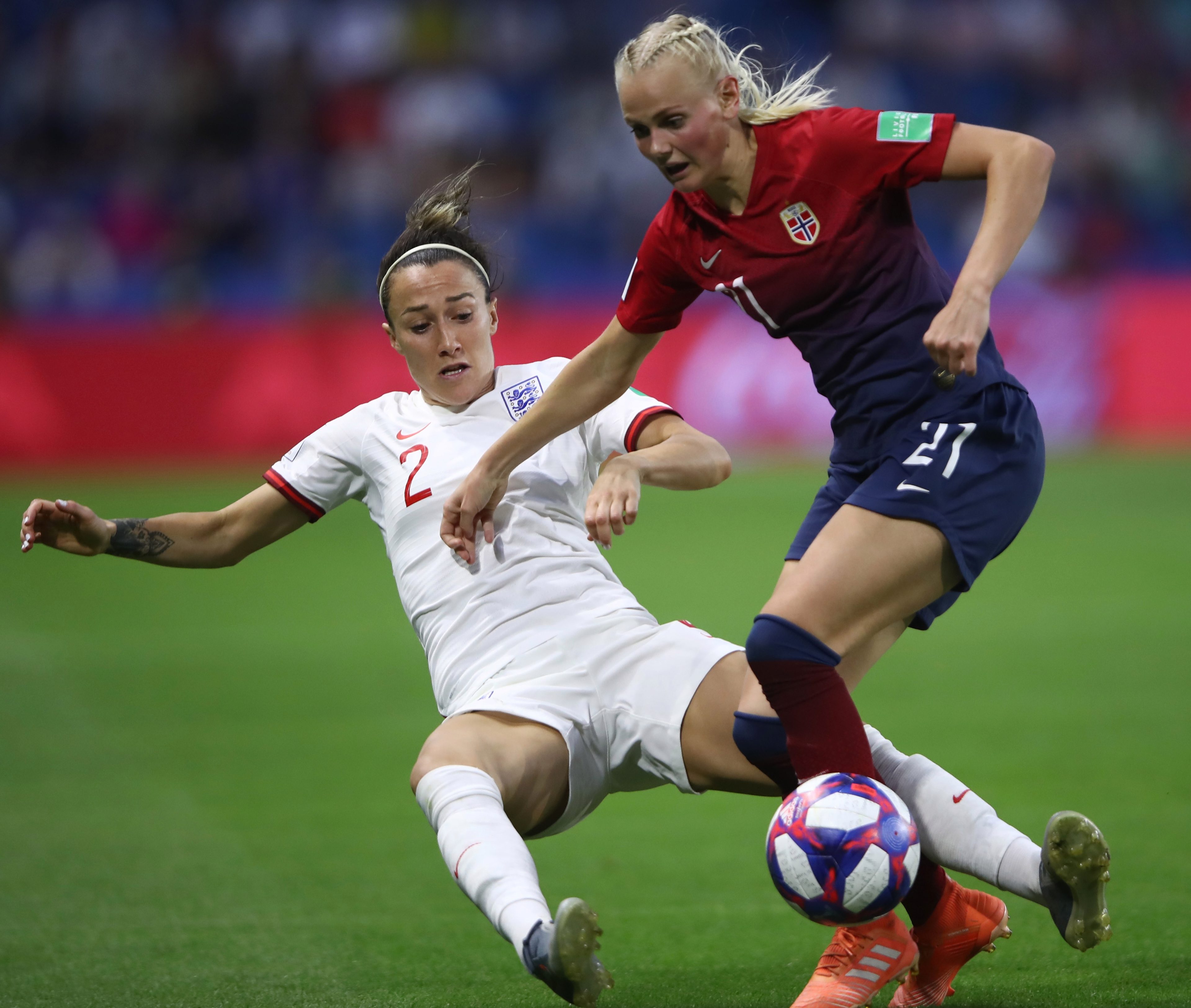 The men came back from the frontline — and they wanted their jobs and their football back.

And the women? They were expected to go back to the domestic realm. And, just like that, it turned out  women were no longer considered suitable to be footballers.

Apparently, the sport was condemned as “inappropriate for their bodies”. And so began a campaign against women’s football, the sport that had been appreciated by the nation. That culminated on 5 December 1921, when the FA called on clubs belonging to the association “to refuse the use of their grounds for [women’s] matches”.

It would be easy to conclude that they were scared of the competition.

With women safely out of the way men could take their rightful place back on the pitch. Incredibly, it was not until after England’s World Cup win in 1966 that women’s football began to be revived. 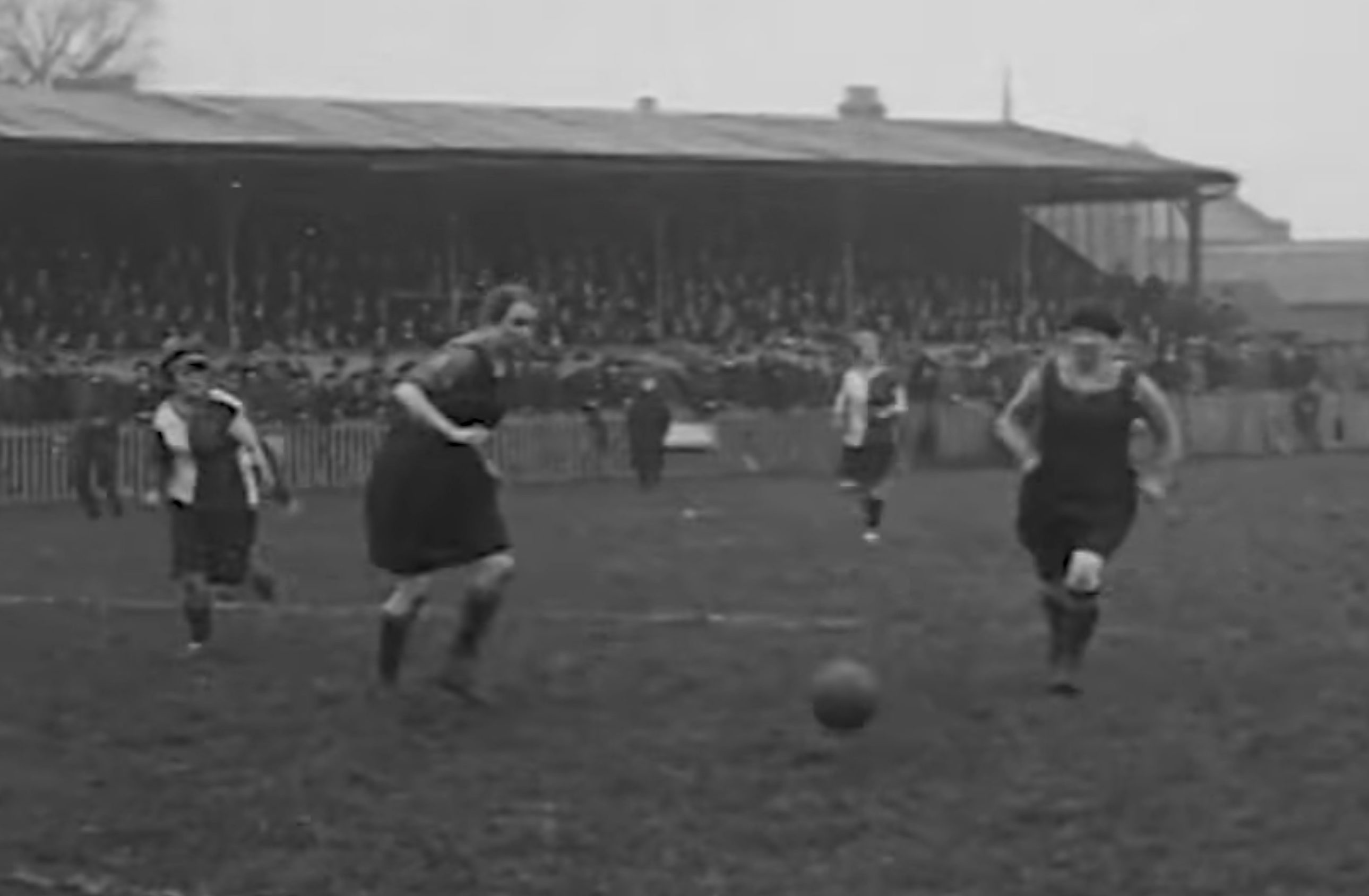 In 1969 the Women’s Football Association was formed, and in 1971 — a full half-century after the ban — the FA allowed its members to host women’s games again.

Still, though, until now the attention paid to women’s football has been pretty desultory.

But that’s changed, thanks to the Lionesses and to the exposure that women’s football has rightfully  been given. And now finally, after 53 years, football may be coming home.

England’s Lionesses are two games away from winning the World Cup, having shown skill, determination and hard work in the tournament.

The way they play out from the back, the way they keep possession, the way they handle themselves under pressure is a real credit to football. The men should take note.

I couldn’t be more proud and how fabulous that more than 7.5million tuned in to watch them.

To say that I’m excited for the USA game on Tuesday is an understatement.

I ADMIT that I did relate when Kirstie Allsopp revealed this week that she suffered low-level misery at boarding school, which is why she won’t send her sons there.

Yes, sure there is an upside to that – the one thing I craved when I came out of boarding school was independence, and it gave me a survival instinct.

But there are lots of downsides, too, which is why I didn’t send my kids to boarding school.

Although, on reflection, maybe I should have . . .

BREAKING news – the Miss England competition has launched a  make-up free round for the first time.

The idea is to support body positivity and natural beauty. 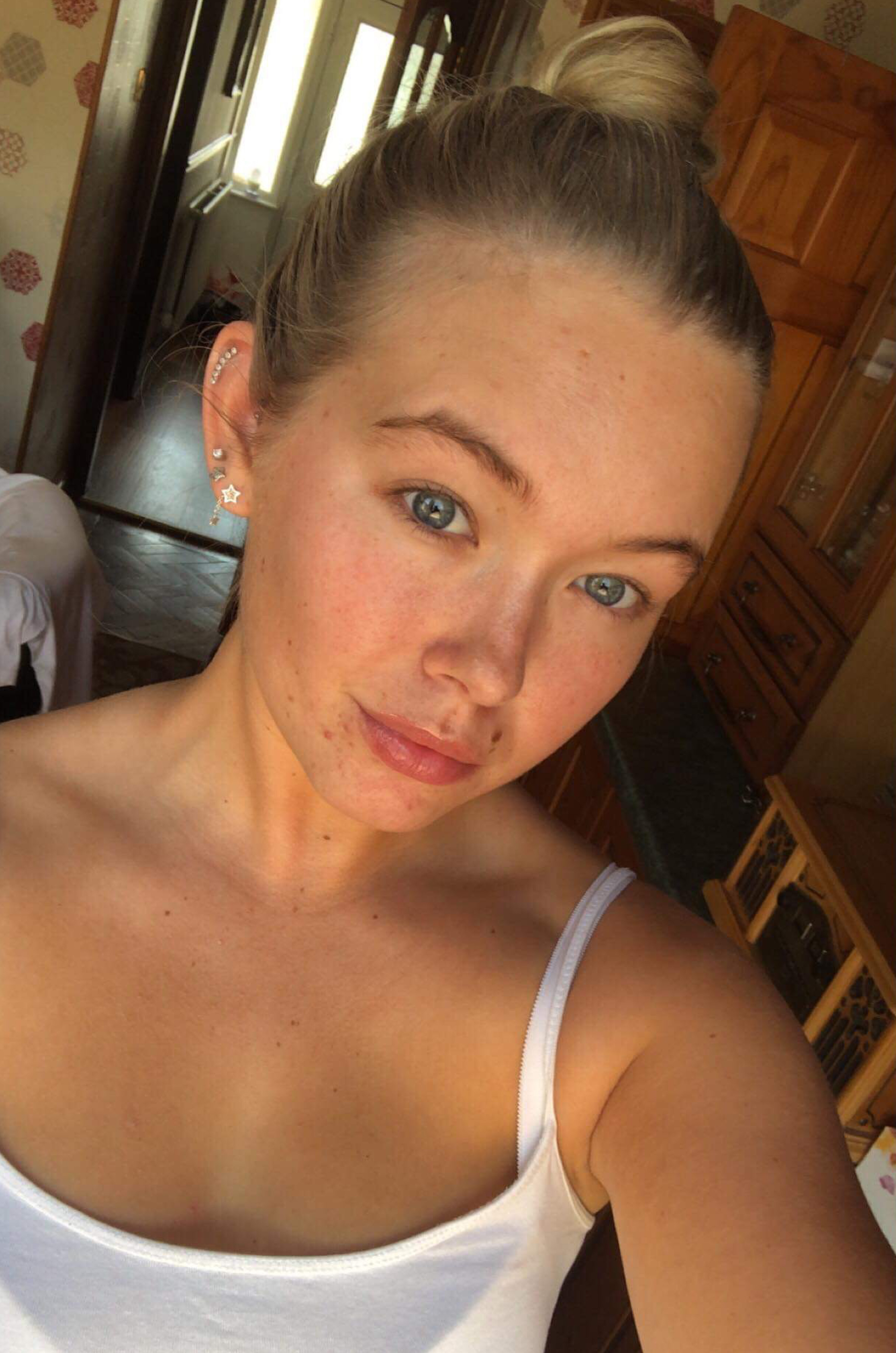 For 2019’s contest,  entrants – including  Bethany Cammack, trolled as a teenage beauty queen –  have been challenged to submit snaps of themselves with no make-up.

It is a far cry from traditional Miss England competitions, where most wannabes have been plastered with more make-up than the average Love Island girl. So I suppose, in a way, it is progress.

But here’s a more radical thing. Should we  have a Miss England competition at all?

We should not rate people on their looks but on their character, what they stand for and what they do.

No matter how you dress it up, the prize for Miss England goes to the best-looking entrant. With competitions like this still going on, is it any wonder young women are tortured by self-esteem and confidence issues?

Make-up or no make-up, it is still judging women on how they look  – and pitting them against each other.

I didn’t know until now there is  a Mr England competition too, but that is just as bad.

Talk about a bitter-sweet level playing field – where men are as obsessed as women about their abs  and whether or not they should be hair-free.